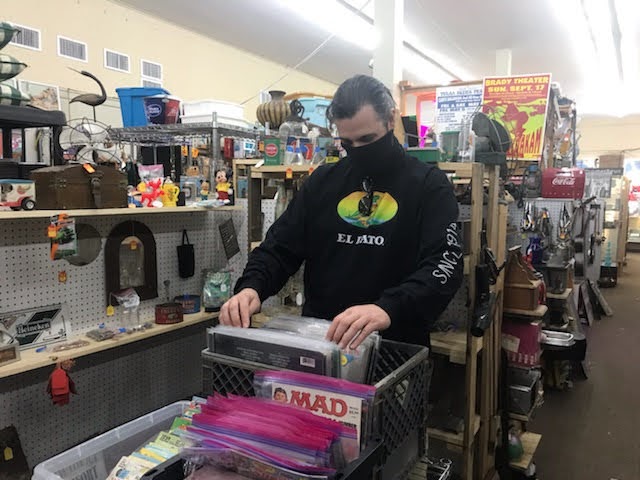 Nothing like a solid breakfast to service your hangover followed by perusing the junk at an antique mall next door! I have visited Oklahoma before but only in the capacity to check it off the list without enjoying it much. I had a plan to hit up a Starship Records but I got it pretty well out of my system in this wondrous place.  This is my first blog post in around a year, not surprising.  Of course I will offer the same excuse as the rest of the millions out there.  First COVID made visiting such places impossible (they were closed), then I was too nervous to visit when they reopened.  But now I am vaccinated so all bets are off! Lets do this!
I haven't bought a new record (even on the internet) in the past year I don't think and I didn't buy anything here either.  But that is no complaint, as a I had a blast. 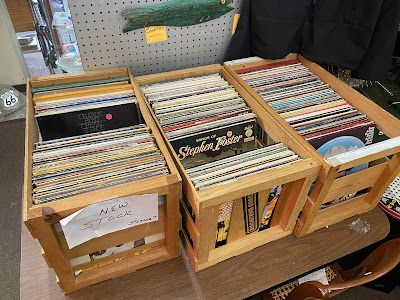 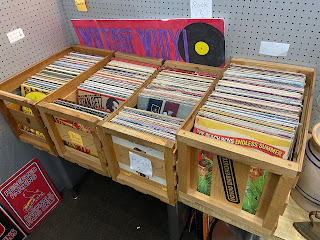 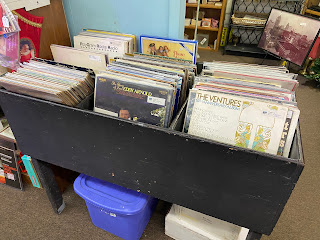 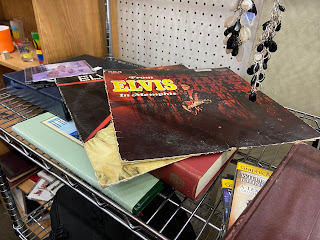 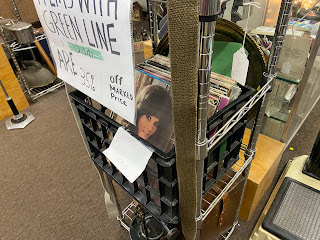 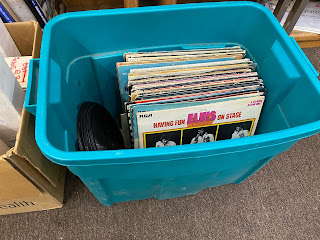 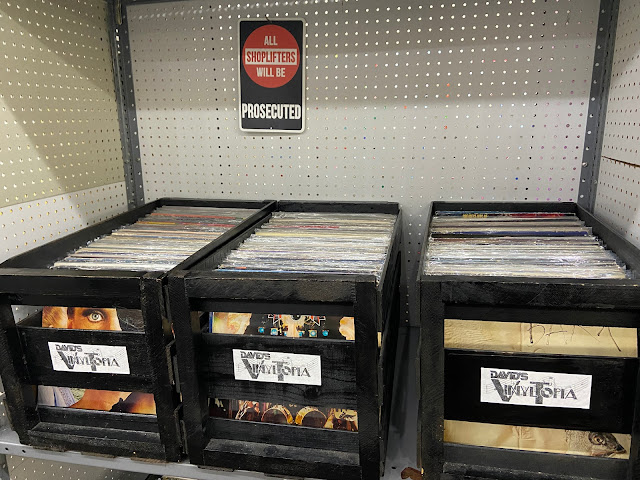 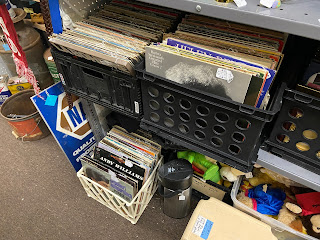 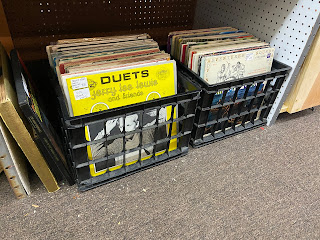 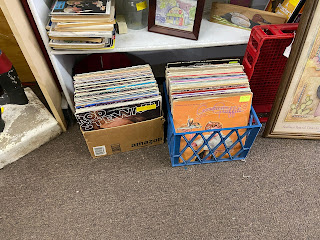 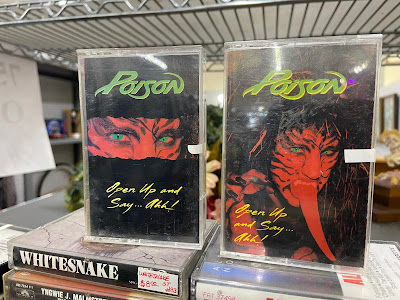 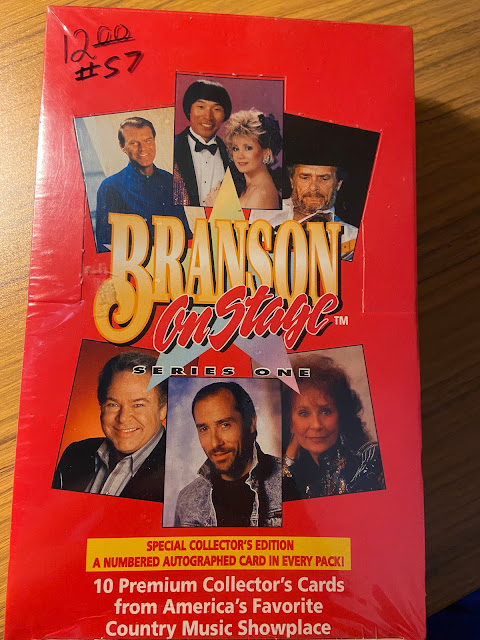 I did however spend a whopping $12 on something VERY cool.  A booth had 4 of these sealed cases plus at least one other case open so you could buy individual packs for $2 each.  I thought this was cool because its amazing to think about the heritage and culture in Branson around live music and entertainment.  I'm sure it is much changed since 1992 but to think that once upon a time there was a market for such an item (no matter how small) is pretty amazing.  I can't find as much info on these as I thought I would be able to besides this link.   Apparently there was only one series (the box shows 'Series One') but there is a blue box/pack and a red one which I have.  The main difference I can see if that my case shows 'Special Collector's Edition, A Numbered Autographed Card in Every Pack' and it doesn't look like the blue ones had that.  The link above also isn't clear if these are real of copied autographs.  Well of course I had to open them all up. 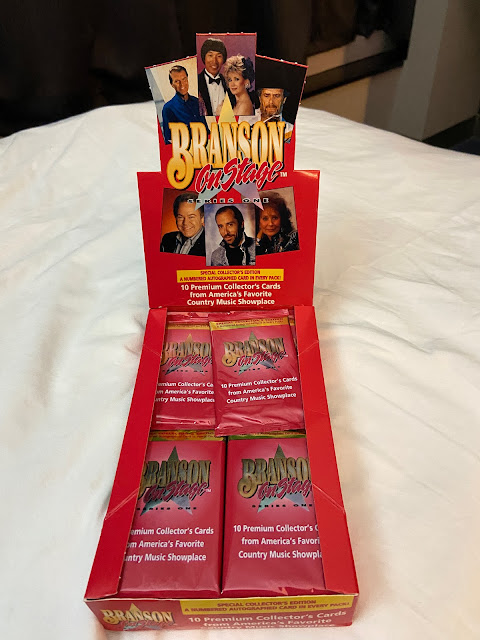 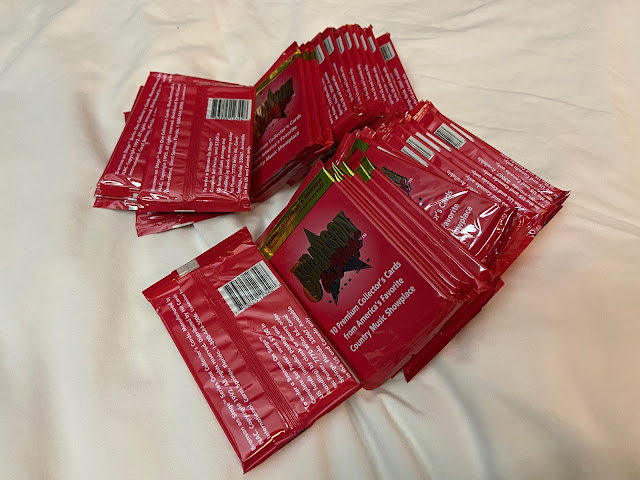 It was a hell of a process to get these all organized.  It was also a lot of fun! Doesn't seem like a ton of information on these so hopefully this is of some help to the 0.1% of the population that needs it! 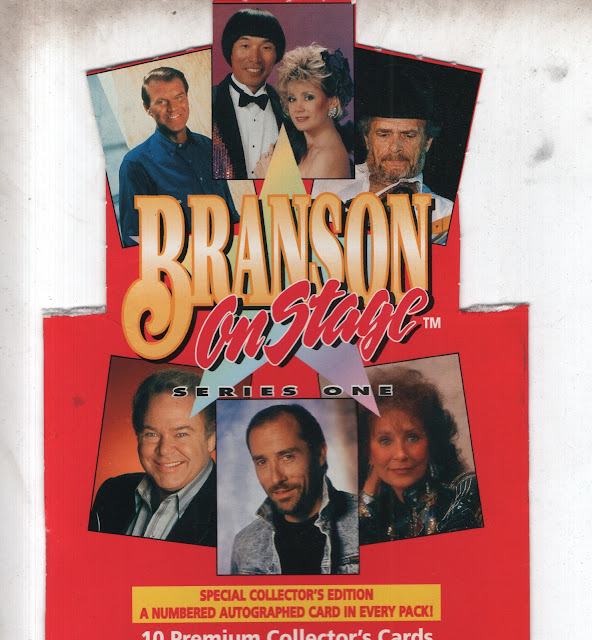 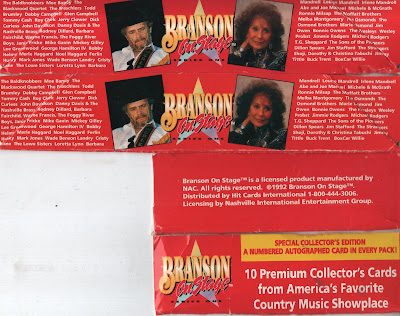 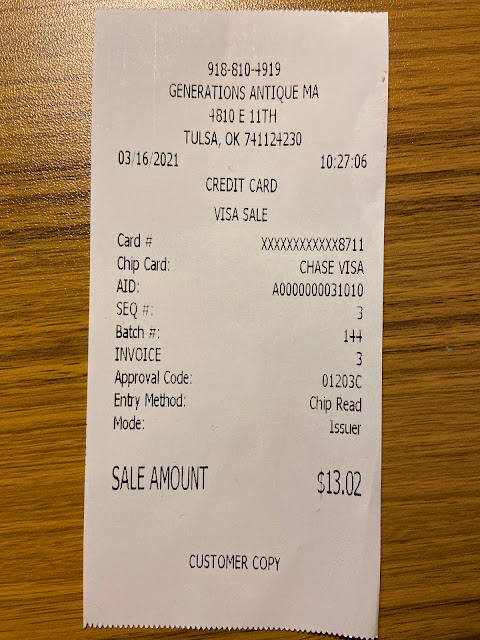