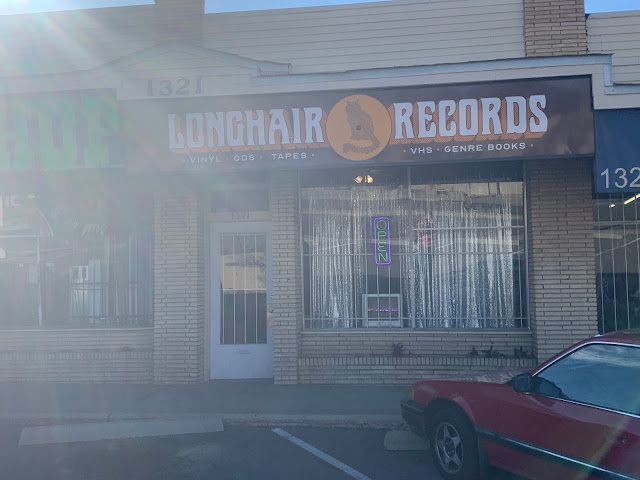 (Forgive the horrible lighting - while it was not very warm, it was very sunny and despite multiple angles, all were hit by this laser beam from the sun)


I've said it before and I'll say it again: very lucky to knock this state off the list and I doubt I'll ever have another chance.  Very lucky to find some work way out in the SW and had plenty of time to make the rounds.  I'll say off top that I came across a ton of thrift stores but did not investigate them because while I did have time, I was saddled with a huge amount of 'stuff' I was carrying and sans vehicle, it had to remain on me at all times.  More on that below. 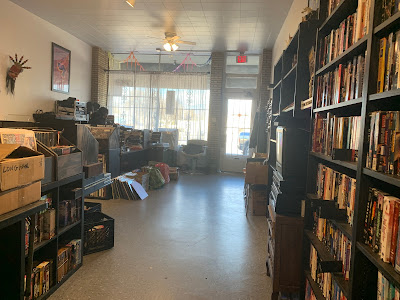 Found Longhair in a small strip mall.  Not a huge store but very well organized.  Looked like all used vinyl (my preference) and everything was bagged and priced.  The bags had labels with the release info and often times a quick blurb from the owner. 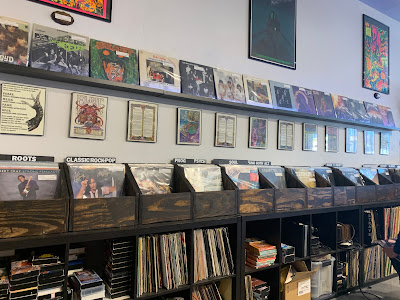 Speaking of the owner - very nice guy who greeted me and offered more than once to help with anything I was looking for.  I perused the whole store - they even had a prog rock bin! Don't think I've seen that before.  Decent jazz section but nothing turned up that I had to have. 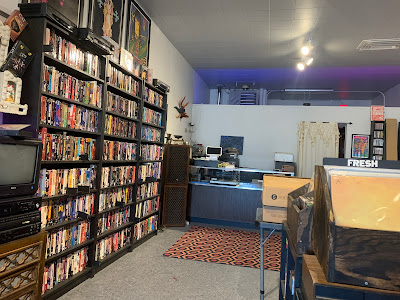 I dug through the cassettes as well, on the wall near the front door.  Some nice titles in there but I decided to take a pass as nothing really tickled my fancy.  Speaking of cassettes, he even had a bunch of VHS tapes for sale.  Back to the owner - he mentioned that everything was play graded and ran through some kind of record washer.  Pretty impressive.  But not as impressive as his awesome rating guide on the wall.  As a cat lover myself, I can appreciate this. 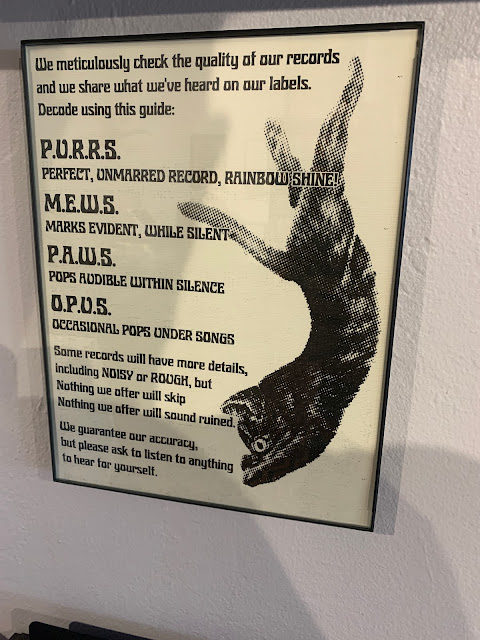 So besides my own luggage I had to carry (a heavy messenger bag), I was forced to tote a 50' 10 gauge extension cable for 480V service.  Logistical issues led to this decision.  As the airport is south of the city, and I was staying north, it only made sense to do my record shopping and bike riding as soon as I got off the plane.  This gave me nowhere to stow my junk - unless you count under a dusty bush across the street from the record shop.  Besides that, it was over my shoulder most of the time (unless it was plugged in at the job site). 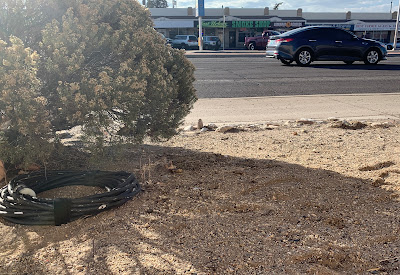 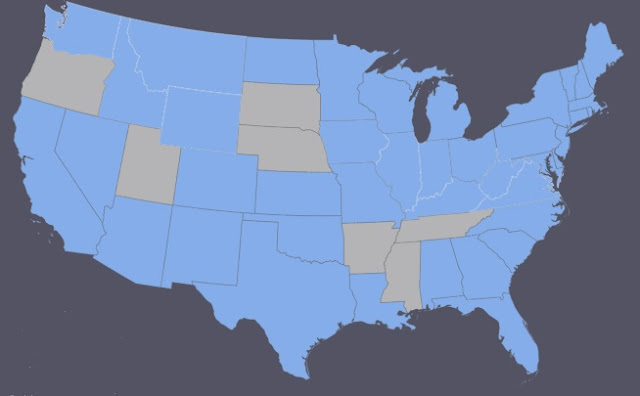 I reported in error previously that Nevada was #40 but this was incorrect as I had forgotten to count Washington DC (though I have been to Virginia).  I wonder how many more I'll be able to cross off the list in 2020 - time will tell.  In the meantime I do recommend Longhair Records for their clean, organized space and the friendliness of the staff.  Stop by today!

Email ThisBlogThis!Share to TwitterShare to FacebookShare to Pinterest
Labels: new mexico, out of state, record store