Run to the Record Dump


Made my annual pilgrimage down to the south side to dig through records.  Almost 6 years since I went down there.  I just created a new tag to combine all my visits into one easy link so click away down below.  I have documented 5 trips but I can think of at least one other one where I drove and didn't post about it.  So this is #5 or 6.

Been having serious problems with anxiety lately and decided that maybe I could distract myself enough by doing an all consuming task.  And guess what - it helped.  Big time.  When I got home I was soaked from the rain, I changed my clothes and took a crazy nap, something I have not been able to do in a while. 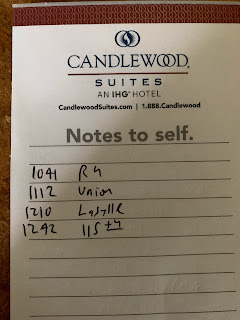 As usual, I kind of wandered around in there, totally overwhelmed and unsure what to get.  I came across two huge boxes of polka 7" that were clearly raided from Bel Aire.  I wrote about this on my last visit - clearly Beverly Records bought up all the remaining inventory when Bel Aire shut down.  I knew this a year ago, but I did not know about the 7".

It was pretty insane because there were a number of 7" and artists in general that I had no idea ever released anything on the label.  I photographed a bunch to add to discogs.  I never get phone reception in there, I wanted to check to see if stuff was documented already or not, but had no way to check.

I ended up with a small stack and when I got to the counter the guy gave me the usual Record Dump price treatment:

If you were going to just make up arbitrary prices, you just do it to begin with.  The only reason I tolerate it is because I do want to see the place remain in business.

Glad to grab the other 7" (see below).  Still want Making Memories really bad, hope to score that one day somehow.

One of the more obscure Bel Aire acts, these guys were from Hammond Indiana and backed up Richie Gomulka on a rare album I hope to find one day.

Eddy Bell And The Versatones - Twinkletoes

It is pretty crazy to think that even if this was repressed, this has to be 50 years old.  But not just that - this was either manufactured prior to Bel Aire existing, or in the very early days (notice it has the same McKinley Park address).  So this then got moved to Bridgeview many years later with the rest of the inventory, and now it sits in Beverly.  And I thought my journey today was a long one! Glad to own this.  The guy behind the counter even knew this was Eddie Blazonczyk which is even more impressive than knowing who that is, period!

Lorraine And The Sonatones - Release Me

I also bought not one but two copies of this.  Which is especially stupid since I already own it.  I foudn this and the 'Making Memories' 7" I mentioned above.  I thought I had one but I couldn't remember which and had no cell reception to check discogs.  So I figured to hell with it, I'll just buy both.  But then in the wildness of two huge boxes of 7", I got the A and B side mixed up and thought I had two different records.  So in my mind, I found three records and I had one already at home.  So now I have two extra copies.  I'll leave one at work to listen to there, and maybe I'll gift one to someone one day. 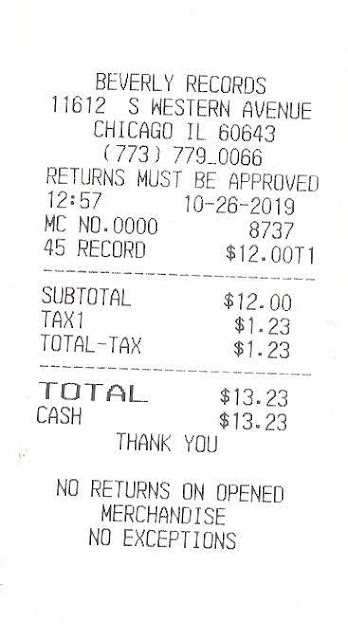