I have written about my love for barbershop music on this blog many times over the years.  As one could imagine, this is largely an 'underground' genre...while it has a large and devoted following, you don't hear of the relevant quartets in the mainstream media, ever.  So 99% of the releases out there are private press, they were paid for (studio time, pressing, etc) by the members of the quartet.  But there is one exception.

Chord was a record label out of San Antonio Texas in the early 60s.  The man behind the curtain was Mike McCord, who was a lifetime barbershopper himself, active in many quartets and choruses.  He selected some of the biggest and his most favorite quartets and released full length LPs for a number of years.  There are a total of 18 releases across two 'series', I discovered and researched these through countless eBay deep dives.  After a long period, I was finally able to acquire all 18 myself via that method.  It was rewarding to finally get them all, this huge piece of barbershop history.

I was contacted by none other than by his son (also named Mike) through discogs when he saw I was the person who added most of these releases to the database.  We had a likely conversation through a number of messages and he mentioned that he had access to some old releases that were part of his father's estate! I didn't hear from him for a number of weeks and thought it was a dead end until one night (I was in a hotel in Louisana) when I got a discogs message with his phone number asking me to call him.  I didn't hesitate and we talked for quite a spell.  He apologized for the delay and said the box would soon be on it's way.  He told me mostly what I should expect, then he insisted on sending me the load for free and even refused to let me pay for shipping! A short time later, an expertly wrapped parcel arrived! 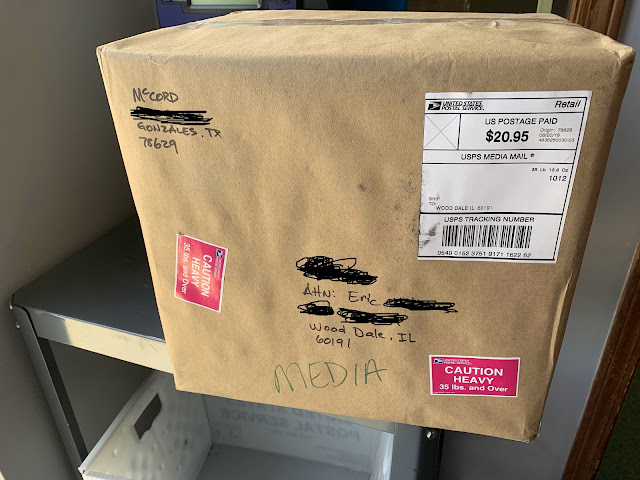 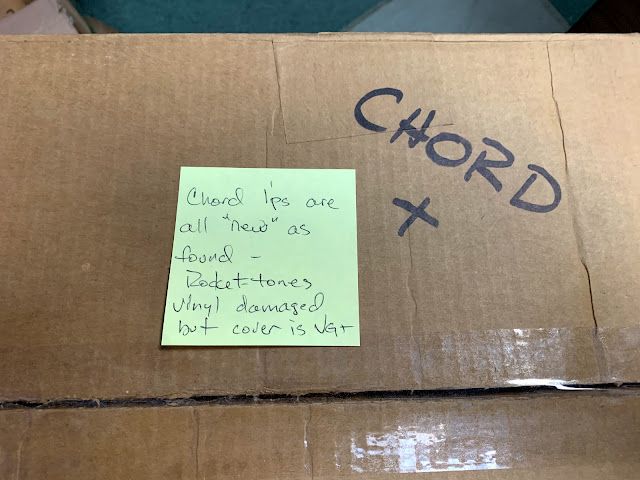 As expected, I got a motherlode!

But probably the greatest score of all was a previously unknown Chord release! It is unique in a few ways: it is a 10" (everything else was an LP) and it is actually a regional Sweet Adelines album! How many of these were ever pressed I do not know, but I'd bet pretty few.  What an unbelievable score!

Just goes to show you: networking is key! Discogs has netted me some cool stuff before but nothing like this.  However I almost treasure even more the chance to have a long telephone conversation with the son of the founder of a historic record label - I am very fortunate.  Thank you Mike!