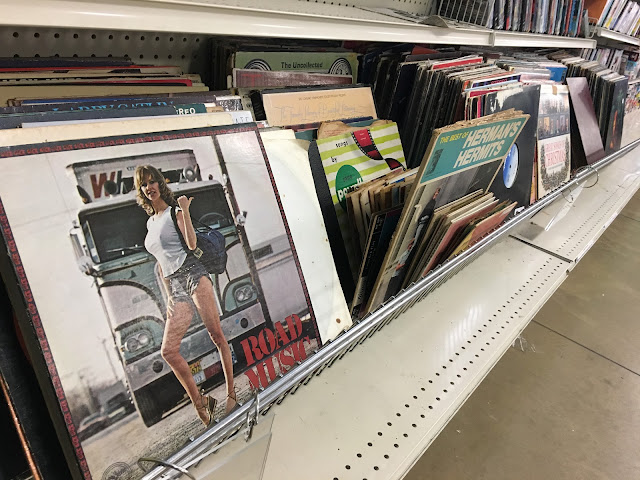 I have been through this store and this area too many times to count at this point - I just created a new label to keep track of all these trips so you know it is getting serious!.  I pulled some scores out of here over the years and even when I strike out I enjoy the hunt.  That could be said of all places as I am an optimistic and realistic digger, but especially here in central Indiana as I am almost always in a great mood when I get the opportunity to travel here.

I am a sucker for 12" singles and I love alternate remixes and that kind of stuff.  So it was a no brainer to scoop up this guy.  At work we use this sometimes as a triumphant theme song when we complete a big job (even though it is actually a forlorn love song).  Both versions here are interesting to someone like myself who has long enjoyed and analyzed the song.

What an awesome record.  The vinyl itself was totally covered in cat hair and dust but the grooves aren't dirty, just surface filth.  Took that off easily with a microfiber rag and my custom 99% isopropyl/distilled water mix.  Nice to see that someone actually used an inner sleeve with a generic outer sleeve, often it seems like people think that because they don't have a legit outer sleeve it isn't needed.  Neglect! Ironically it looks like this did come with a proper outer sleeve, which leads me to believe (hope?) that this was used by a DJ or something somewhere.  The outer sleeve isn't beat up like it was abused, but the corners are so soft and worn it looks like it had been rubbed and touched and used thousands of times.  I just used it again to dub both sides and what a delight they are! The instrumental is truncated and is really more of an instrumental of the remix on side A than the normal LP cut.  Also pretty awesome that I was only charged for a 45 so I saved a few cents.  I don't care about the few cents but it is nice to keep it under a buck and not have to carry around a load of change the rest of the day! 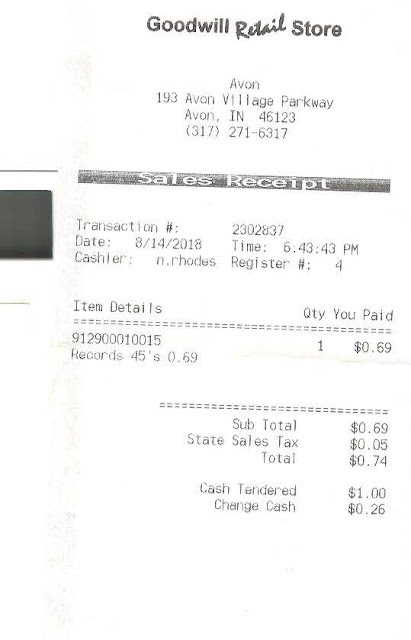