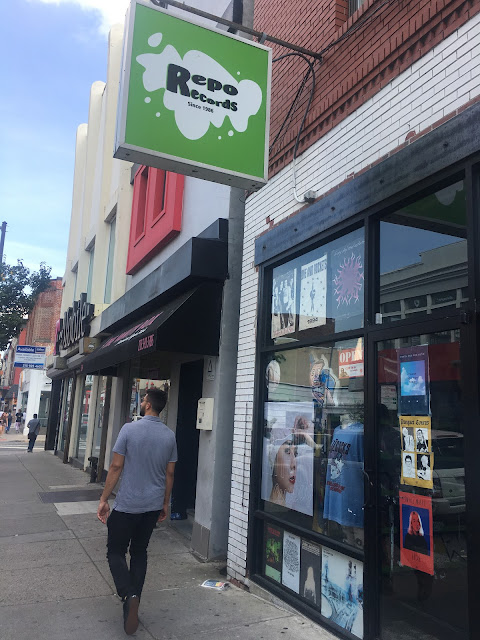 About 2 1/2 years ago I got to hit up Philly under the same circumstances (same customer in Gap PA).  Once again, I made sure to budget an extra day into things to get around.  I had three cheesesteaks (along with the two I had on my first trip), as well as a pork sandwich, and besides the light weight record hunting I did in nearby Delaware and New Jersey, I did get into the city to check out a legit record store where I did strike a jackpot!

Repo Records is a chill spot in a hip neighborhood of which I do not know the name.  I came out this way to check out Woodrow's cheesesteaks which I heard (read) were solid- they were.  But I happened about Repo Record as I strolled down the street.  So after I went and devoured my cheesesteak, I went right back the way I came to see what they had going on in there. 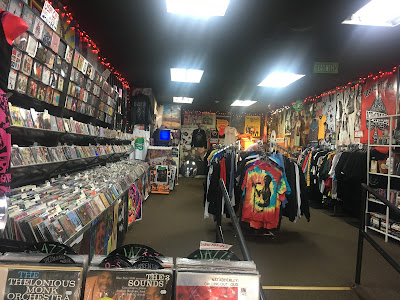 I dug around a while then even went and checked out the T-shirts.  They had quite a selection and I did not bring enough clothes as I sweat through everything in the sweltering heat that laid itself over the coast that week.  They didn't have much in an XXL, I did see one decent Iron Maiden shirt but I decided against it for $23.  So I got back to the records and finally found the jazz bin, so I tore it up. 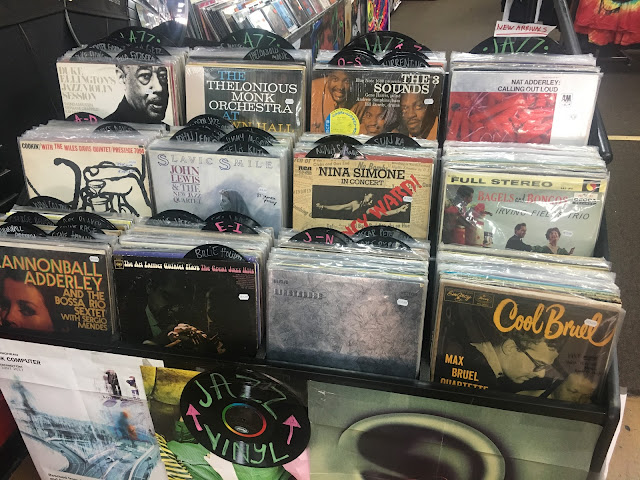 If you know me, you know my predisposition toward CTI, and you know love for the 3000 series.  If you look in the lower left hand corner you will see the 'A' section, and of course some Cannonball.  And if you look even more closely in the upper right hand corner ('Z' section), you will see Cannonball's brother, Nat.  What he was doing in the 'Z' section I do not know, but it is that old adage for crate diggers: if you don't take the time to go through everything, you will miss something, maybe that which you desire the most.  In this case, it was just about the only thing I desired but man did I desire this one! I have seen it once or twice in the wild over the years, most memorably long ago at Logan Hardware as a promo.  Well here I only paid $8 compared to the $20+ I saw as a price tag on that day (which quite honestly, isn't that bad of a deal for the promo).  I have seen since that they did manufacture this album in a plain white sleeve as well so I am glad I got the real deal with the silver foil. 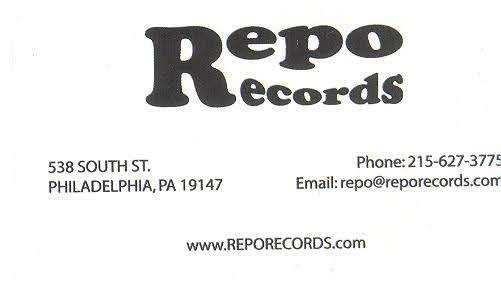