In nearly 5 years of writing this blog I have visited many, many thrift stores and record stores looking at vinyl.  Unfortunately I've seen many great shops close for various reasons.  Time to give respect to some legends and remember their awesome tenure selling vinyl.  There are many more honorable mentions but here are the biggest in my experience and memories. 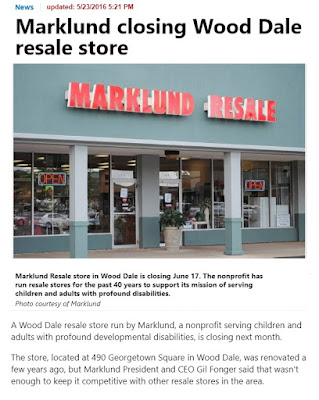 Can't count how many times I've visited Marklund over the years.  Looks like the last time I blogged about a visit was back in 2015 (wow, time flies) but I'm sure I was there at least a handful of times since then.  Unfortunately they shut the doors back in the summer of 2016.  Great shop that supported a good cause.  The funny thing is that now after reviewing all these old posts, it doesn't look like I ever bought anything there! Still, it was a nice relaxing Sunday jaunt for a long time.  They will be missed. (note: my girlfriend did once buy some cutting boards there (they were new).  One of them cracked and fell apart after a year or so, the other one is still doing well and just last night I coated it with mineral oil).

I checked out this store a few times in the early days.  Really cool shop run by a couple that were always swell to chill with and have a chat.  They even used to call me when they would get new vinyl in.  They expanded even at one point and scooped up the shop next to them but then a year or so later they were gone from both.  I found this video above on the website of a local news station and have uploaded it here. 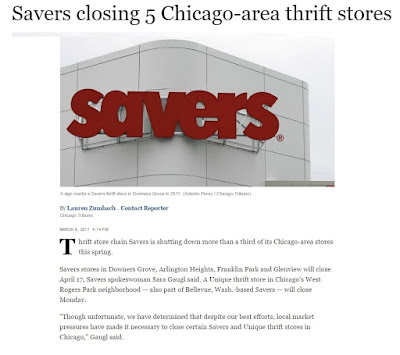 It was really cool having a legit thrift store with vinyl (sort of) in my neighborhood.  Stopped by many times and grabbed an array of nice vinyl.  They shut down last year and the site is now a Salvation Army.  They will definitely be missed. 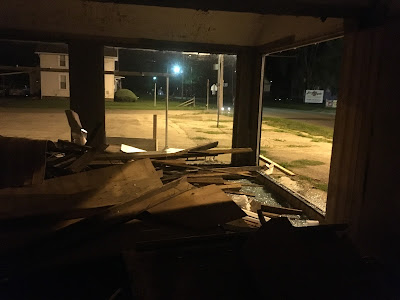 I always had an awesome time in Andy's, grabbed vinyl and just had such a nice relaxing shopping trip every time I stopped in.  My time there is filled with nothing but good memories of riding my bike around Kewanee, pounding beers and BBQing and looking at dusty vinyl in a dusty old shop.  I consider it an honor that I got to prowl around in the place after it was long closed, thanks to some local vandals that shattered one of the windows. 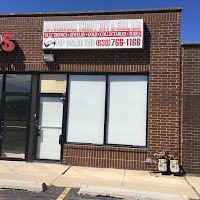 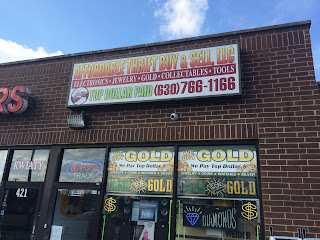 Only paid a single visit to this place, the only time I've looked at vinyl in a pawn shop.  You even had to get buzzed in.  This was right down the street from my place of work, and I clearly remember the day I stopped in on my bike ride from work to my girlfriend's house and grabbed a Jeff Beck classic.  I took this photo just yesterday while eating at the deli across the street.  Nothing sadder than seeing a place full of colorful signs and later just boarded up with white paper.  What a shame.

Blast From The Past 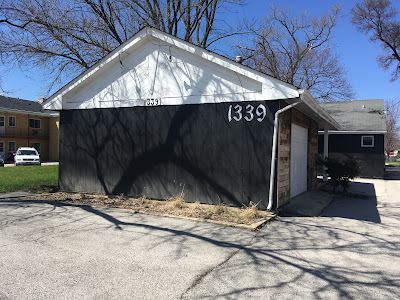 Had a legitimately odd visit to this place back in 2014.  For some reason I did not take a photo of the place then, the one above was taken yesterday 2 minutes after the photo of Affordable Thrift (they are literally one block apart).  It used to say 'Blast From the Past' on the upper portion of that wall, and I don't know if it was painted black either.  There was a real estate sign out front, I think it's been there a while and probably will continue to be for some time.  Funny because even during our visit the proprietor probably would have taken an offer for all the goods in the store, and maybe the building itself. 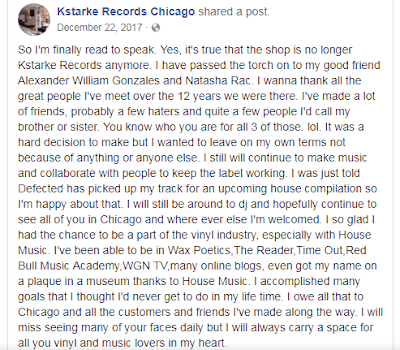 I visited this place twice, both times around my birthday, in 2014 and 2015.  It was during my first visit that I had my order rung by Mr. Starke himself.  He gave me a vinyl for free because I was a 'new customer', and I still enjoy that album regularly (just put it on yesterday).  I should have gotten back into there more but I'm glad I visited what I think many people consider to be a Chicago vinyl landmark. 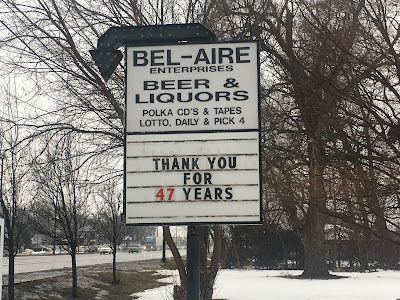 I saved this one for last because it is the most special.  I first visited almost exactly two years ago after wanting to check it out for a while.  It was a really special experience.  I grabbed a bunch of stuff and couldn't wait to get back.  I did get back at least once (maybe twice?) but never blogged about it.  I got the bad news around the end of last year from Beverly Records who snatched up a bunch of their inventory for probably pennies on the dollar.  I was in the area a couple months ago and figured I'd cruise by.  The parking lot was so filled with snow that I could barely get it and out.  The store was papered up and the sign...well, you can see it's sad refrain above.  It has been the wallpaper on my phone's lock screen since I took it and will remain there for a while.  I am very, very fortunate that I got in there to check the place out because now all we have are the memories.

Email ThisBlogThis!Share to TwitterShare to FacebookShare to Pinterest
Labels: RIP