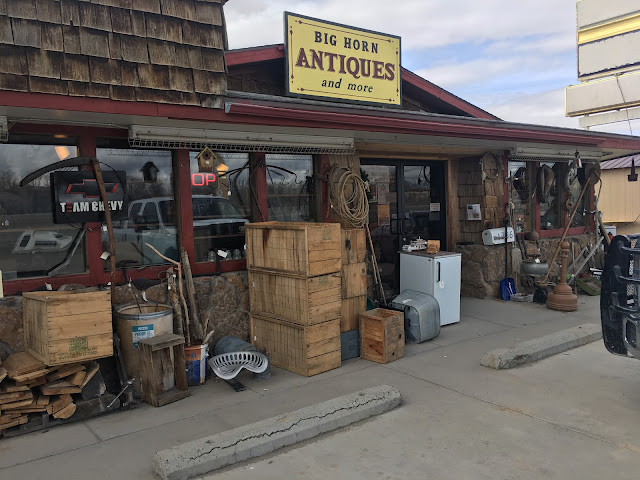 Coming out west, it was exciting to know that I'd check two states off my map that I might never get the opportunity to again.  Montana was easy - flying into Billings I found a few places and was able to check it off my list within about 20 minutes of my plane touching down.

Wyoming was nowhere near as easy.  What few places I could find in the Cody area I'd be working in were closed on Sundays.  A record store was out of the question, the only ones I could find where in the opposite ends of the state.  Which was also out of the question; I had some free time but that would be hours of driving.  I couldn't believe I was going to spend at least 24 hours in the state and not be able to check out some vinyl, and know that I might never be back again.

I landed in Billings on a Saturday afternoon and did my thing out there until the next morning, when I drove to Cody through the Big Horn mountains.  That was a great experience, even with hours behind the wheel I was plenty entertained.  As I finally came down the other side of the mountains and headed toward Cody it was still killing me knowing that there was just nowhere to go to see any records.  I had scoured Google Maps and the internet in general and it looked like everyone was closed on the 'day of rest'.  Then at the last minute I found an antique store in Greybull which claimed to be open.  It was directly on the way so I checked it out.  The place was called 'Dissanddatt'.  I spent about 20 minutes in here even though I knew almost right away there wasn't a single record to be found, as the obviously lonely proprietor cornered me (in a friendly way, I guess, if there is such a thing) chatting about, well, 'diss and datt'.  I finally got out of there, and he followed me outside to tell me that in Cody there was a place that might have vinyl (Bargain Box Furniture Store).  I'm sure they did but at that point I had no idea how much free time I would have as I still hadn't determined the scope of my work and I was prepared to be stuck in the plant for 12 hours (turned out to be a piece of cake).  So I thanked him and drove on.

But as you can see from the title of this post, I did find a place afterall.  I drove about 3 or 4 blocks and had just taken a bite out of an apple when I drove by Big Horn Antiques.  It was huge, there was an OPEN sign illuminated and a few cars in the parking lot.  I literally slammed on the brakes and ripped my rental car down a side street to turn around and go back.  My fingers were crossed but I had a good feeling.

Well it doesn't get any better than finding some records in the foyer before I even entered the actual store! 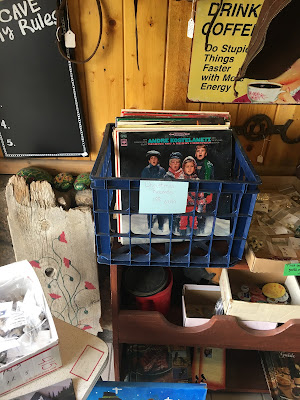 This place was crammed with junk and I found more and more vinyl behind every corner and in every room.  Not sure if this place was an antique mall or not, if the goods were on consignment or all owned by the couple that seemed to be the owners. 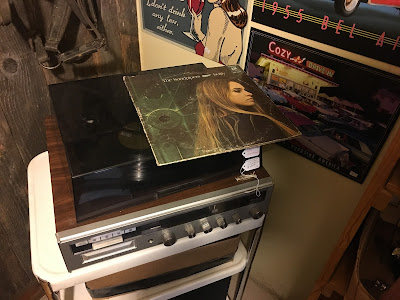 In a back room I found a huge dump of vinyl, 4 or 5 boxes stuffed tight plus a ton of 45s.  I dug every single box and came up with nothing, but I was glad knowing I was walking out of there with some photos for my records and the ability to check the state off of the map! 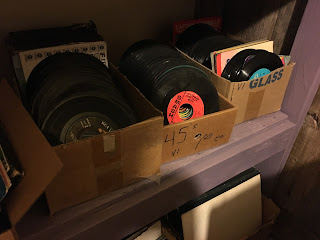 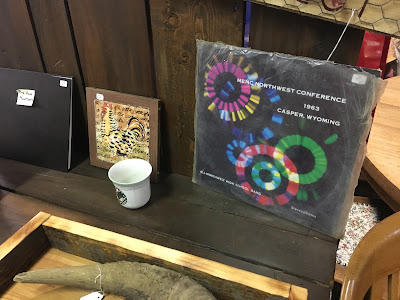 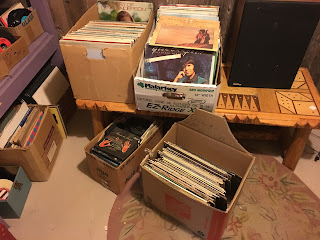 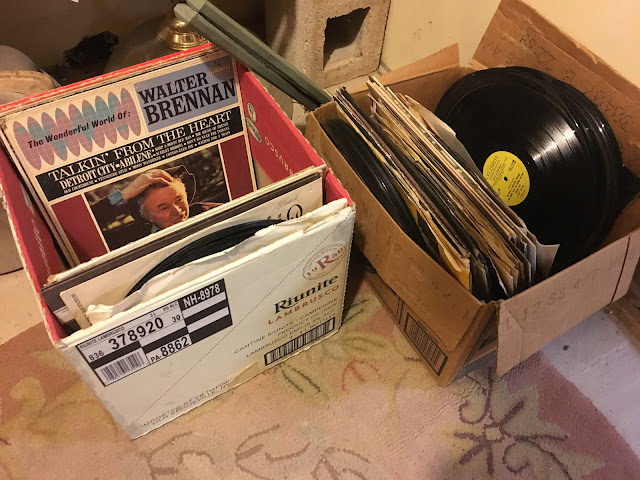 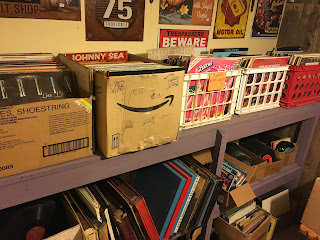 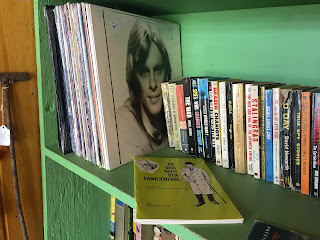 State #31 is completed! I don't see how I will ever be out this way again, it was a real gift.  I had a great time in the region, the work ended up being easy and there is a possibility I might somehow return to this site one more time.  We shall see. 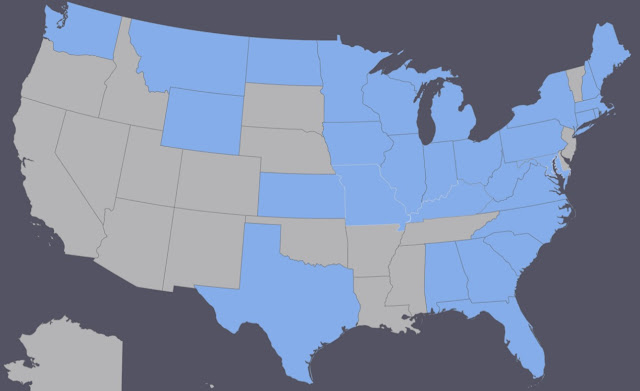 Email ThisBlogThis!Share to TwitterShare to FacebookShare to Pinterest
Labels: antique mall, out of state, wyoming