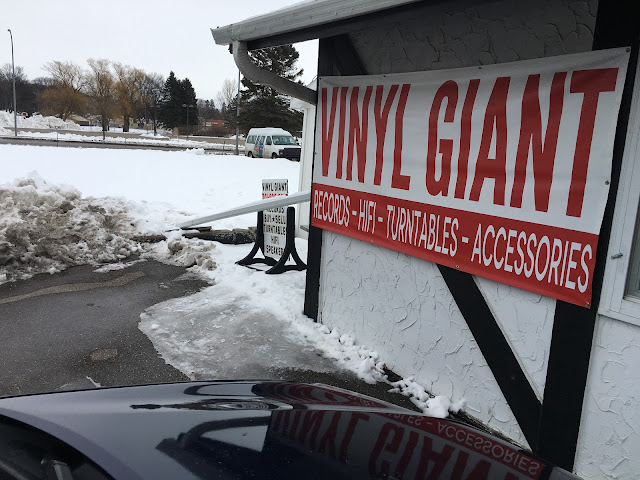 I've been to Fargo at least five times now, but it was almost four years between visits.  In that time my record collecting got more serious and this blog materialized.  I am typing this now from Hector Airport here in town, a few hours before my flight.  I'm kind of shocked that I even got the chance to return.  Back then, my work related travel was nothing like it is now, I think some of these flights up north were some of the first (for work), period.

I got into town on Friday evening and made time to hit up a local Savers.  I always try to do something like that - I knew I'd have more time but you have to assume you won't.  At least then I got to see something.  But as planned, I had a good chunk of Saturday afternoon free as well.

I got to the job site around 9am.  We were done by 1pm.  The customer asked if I wanted to go get 'a beer' and some lunch and I said sure.  The whole time, records were on my mind.  I did want lunch (and a beer, maybe two) but I was ready to bail out of there and get on my way.

Well these guys were just ordering beers and putting them in front of me so I ended up having more than two.  All these guys were cranking Busch Lights but snob that I am, I was drinking Odells IPA which for some reason came in a 20oz draft by default, and unbeknwonest to me was 7%.  So I had three of those then begged for just a Coors.  Then I abruptly left. 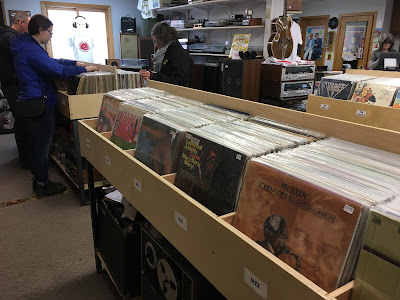 All I could think about now was a nap so I decided to only hit Vinyl Giant (I had half a plan to hit some others as well).  Vinyl Giant was a neat and orderly space with a decent jazz bin.  A couple other people were scoping the scene and doing some digging of their own.  I should add that it is almost easy to miss, there is a sign (as seen above), but it is easily obscured by parked cars.  So I ended up parking on a side street on the other side of 13th and walking over. 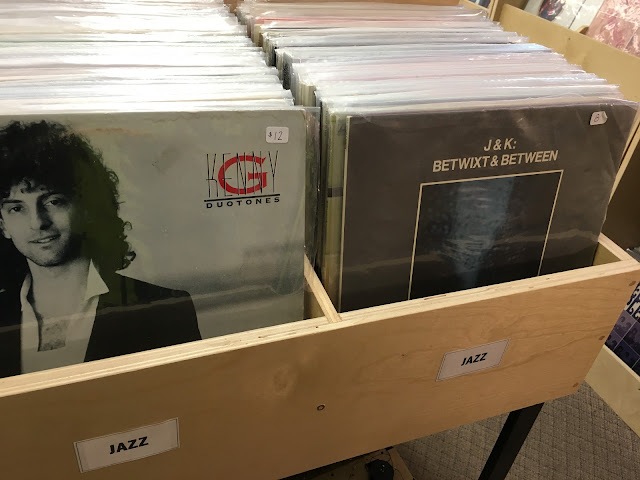 The pricing was a bit off and a little on the high side for a few releases.  But ironically the only one that really tickled my fancy was under $10 so that was a no brainer.  Had to lay these two side by side for the contrast.  I don't know how many millions of copies of the one on the left were pressed but that surely drives the price down (not to mention the general dislike for the artist).  But 'the artist' isn't such a bad guy - I should know! This leaves only one additional release in the 3000 series 'alternate cover' list, and I just got two of the four in less than a month in states on the other side of the map! Nice!

I got back to my hotel and slept about 2 hours, then got up and ate some Indian food and took a shower.  I hate day drinking so much and I can't believe I got suckered into it by a bunch of townies.  See you in another five years, Fargo. 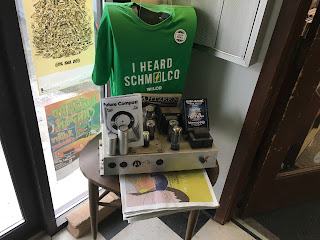 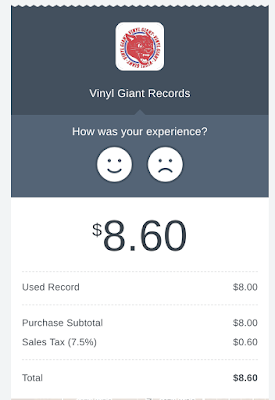 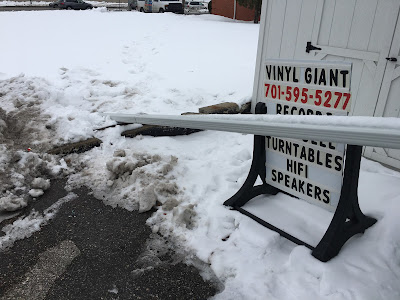 Email ThisBlogThis!Share to TwitterShare to FacebookShare to Pinterest
Labels: north dakota, out of state, record store