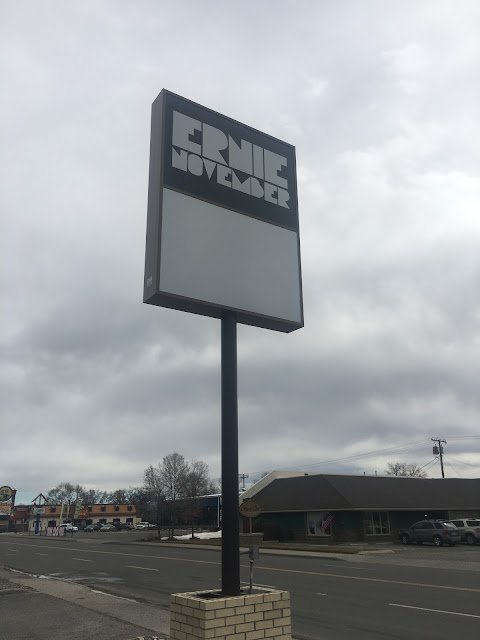 I've been really fortunate to get all up and down the east coast but I've never been west of North Dakota.  As this trip was coming together, I kept waiting for it to fall apart.  Well here I am! I flew to Billings for work in Cody WY.  As soon as I touched down I came straight to Ernie November.  The weather was beautiful when I arrived (it turned overcast shortly after, as you can see above) and it was nearly 50F.  What a perfect day! 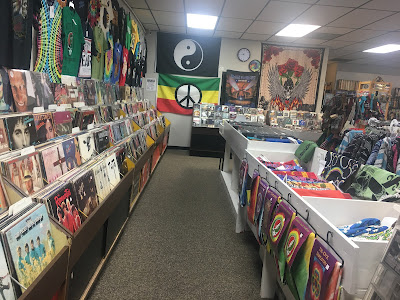 When I got inside I was shocked at how small the place was.  Big 'head shop' style area towards the back and at the front counter.  They even had all those Pepsi bottles and Pringles cans you can hide things in.  I haven't seen those in a long time.

The jazz section was just inside the door so I got to work.  I pulled out three vinyls super quick and each was only $6.  I am still thrilled that I found so many things I wanted so quickly!

I've got a few Larry Carlton LPs and I've been specifically looking for this one for a while due to the opening cut on the album.  I come across Larry's stuff with some regularity but I have struck out on this one for a while.  It is in great shape and I can't wait to get it home.

It's no secret that I grab almost anything CTI-related at this point, and I've scooped up a bunch of Creed's stuff recently.  But I was totally unaware of this sampler and after some quick research turns out there are a few others.  I probably have the original albums 3/4ths of these cuts are from but I don't care, besides the fact that this is in such staggering good condition I can hardly believe it.

I think George is the only artist I now have CTI 3000, 6000 and 7000 releases for.  This album only has 5 tracks between both sides of the disc, so I'm eager to check out some epic jams from Mr. B as soon as possible.  Beautiful gate fold and cover as well.


Riding high on my scores, the weather was still beautiful so on a lark I called the nearest bike shop to see if they would rent me a bike.  They said they normally don't but they ended up giving me a brand new $500 Raleigh hybrid for a few hours for $25 and I tore up 11 miles around the city.  What a perfect afternoon and a great way to add state #30 to my list! Wyoming is next! 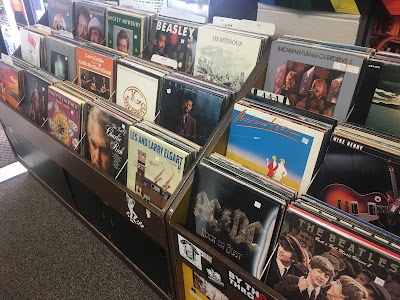 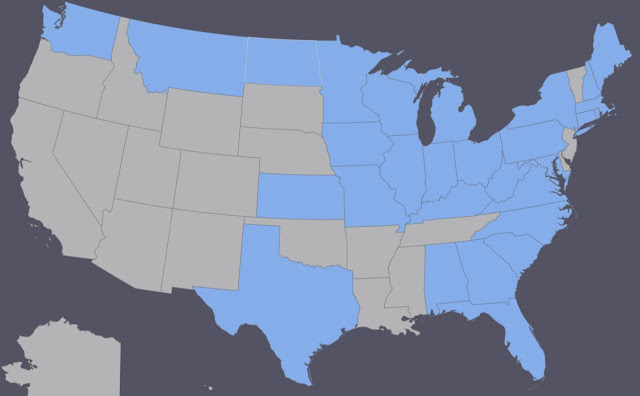 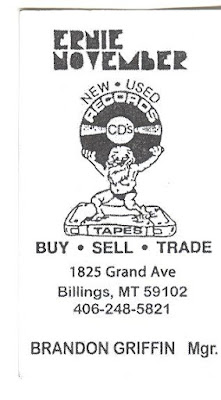 Email ThisBlogThis!Share to TwitterShare to FacebookShare to Pinterest
Labels: montana, out of state, record store