I've been awfully spoiled lately with the opportunity to travel to many large metropolitan areas.  Finally I was make in a small town in Indiana - now this feels natural!

I swung through a Goodwill in town - plenty of vinyl to be had.  It was nothing doing, but I did find a mono copy of Eng's first (they had the stereo as well).  Once upon a time I'd have been all over this.  Alas, now I actually own two copies of the mono version (four of this release in general). 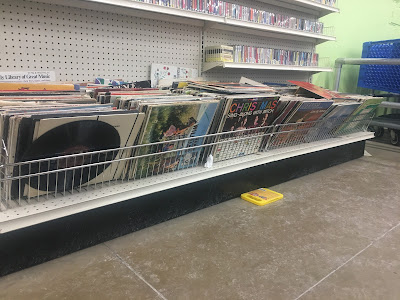 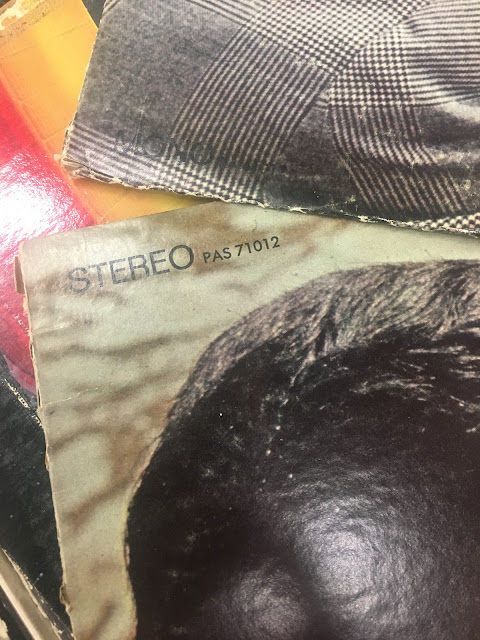 I figured that was it, but I got stuck in town an additional day.  This gave me an entire afternoon to mess around! But this is when things really went off the rails.

First I went to a St. Vincent I already knew was in town but didn't have time to check out.  They did not have any vinyl! This may have been a first.

Next up was an actual record store (which seems to also double as a small music venue).  American Dream Hi-Fi was just a couple blocks away so I wandered over.  While the hours on Google Maps (and their front door) showed they should be open for business, they were closed and dark.  There was another guy sitting in his vehicle at the curb who called me over.  We were both locked out and with that, the shop lost two customers.

Somehow, Kokomo held many delights - there was an antique mall/flea market just on the other side of town! But three strikes and I was out! Vendor City had a pipe burst the night before and some clean up guys were in there doing their thing.  So the place was locked tight.  What bad luck! I just went to screengrab the announcements from their Facebook (which I read on my phone as I stood out front) but they have been deleted.  So you'll just have to believe me! I hope I get back to Kokomo sometime so I can check them out.

Email ThisBlogThis!Share to TwitterShare to FacebookShare to Pinterest
Labels: goodwill, indiana, out of state