Had a hell ride down in Hazelwood just outside of STL.  I was staying in St. Peter which is about 10-15 miles away if memory serves.  I spent about 14.5 hours working and driving on day #2 but day #1 was just a 5 hour jaunt down to my destination.  This of course left room for some further exploration of Missouri and plenty of time to dig in St. Peter! 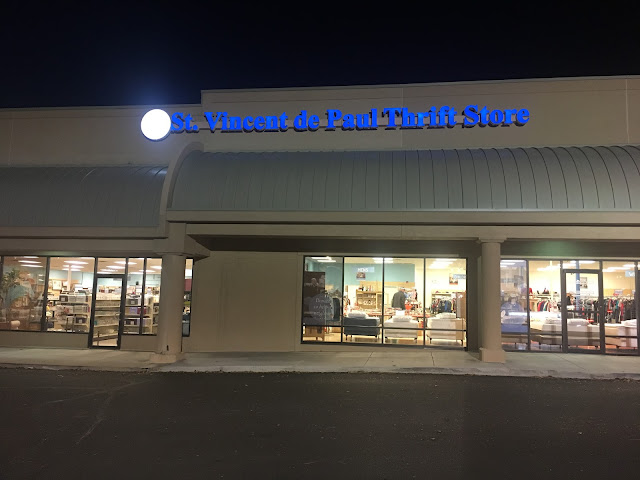 First up was a St. V, one of the nicest I've ever been to.  Spacious and well organized and with a wealth of records....from Brazil! And Panama? Yes indeed! 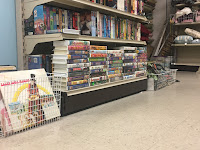 Videos hosted on blogspot never worked in the past but looks like they've made some upgrades.  Check out this South American gold below.

I haven't stopped into a Savers in a while but there was one almost spitting distance from St. Vincent.  Found the same old wire wacks of vinyl that I've seen in every other store around the country.  This bin featured some more ethnic music as well as a friend who perused the racks alongside me.  Didn't pull anything out of there but had fun taking a gander at things. 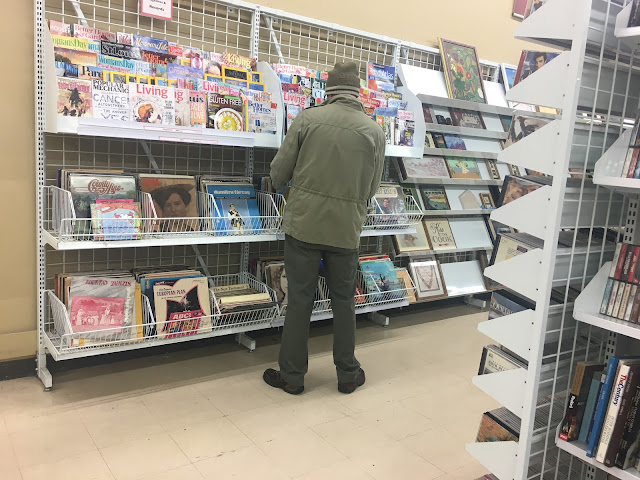 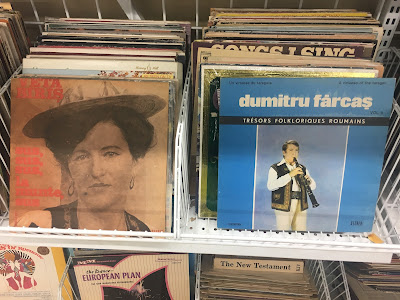 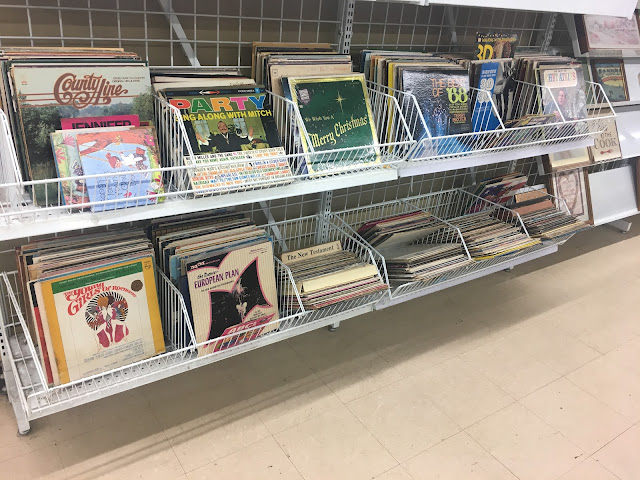 Proud to knock out another year with this blog! Up to almost 350 posts and 1900 photos! It's been hard work but a ton of fun and I have no thoughts of stopping anytime soon.  Upward and onward!