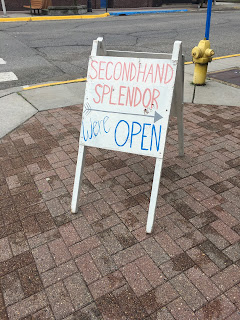 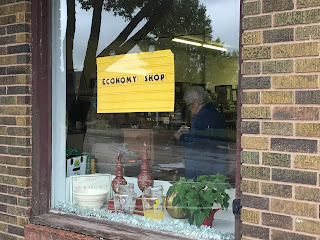 I visited Bemidji once before not long ago.  As I returned it was warmer out and again I had some free time.  This would be a recipe for a solid hunt if I didn't feel like I had already dug pretty thoroughly.  But that is always a lie! You have never dug sufficiently! Get back into the trenches you child!

I ended up finding an array of spots all along the same main drag.  I started in my old haunt, Books N More.  Again, it seems they generate the most of their income by duplicating CDs on the numerous units behind the counter.  As they whirred, I checked out their bins but wasn't impressed.  Didn't look like anything had turned in there since my last visit.  So I got ready to walk west on 3rd down to Economy Shop, a second hand store that looked like it might have vinyl.  But before I could get there I encountered another spot just across the street which hadn't shown up on the map (as it was not listed as a thrift store).  This is Secondhand Splendor! 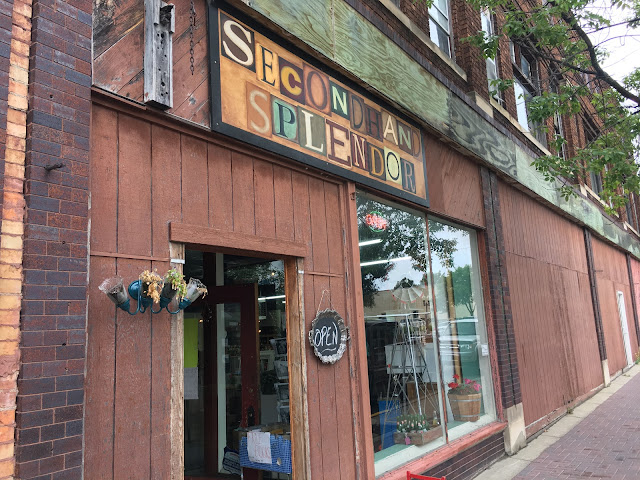 Inside, I found a crappy bin of 78s.  I figured all was lost, there was nothing more to see here.  Maybe they have some Pyrex at least.  And then.... 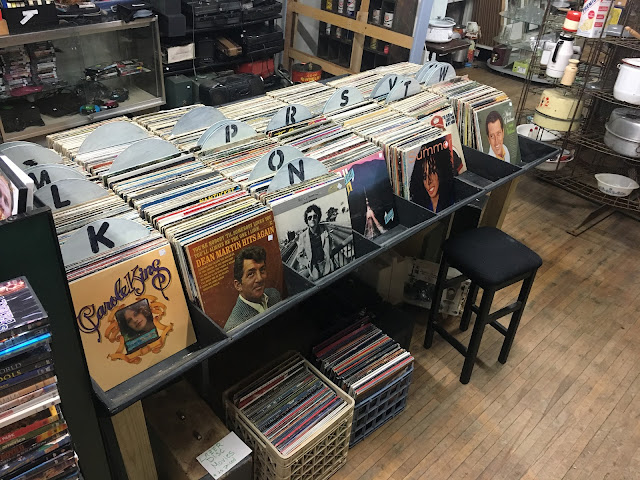 Never before have I seen a record rack of this proportion outside of a record store.  They were actually even individually priced, and outrageously so! It only added to my fun as I sorted through each and everyone.  I found some real gems and others that were just, well...real.  I had to look these guys up, the cover is trying so hard to be edgy and failing, I wasn't surprised to see it was a Christian oriented group that fancied themselves as 'punk'.  I checked out some of their music on YouTube.  'Hard rock' would be almost a stretch but far more realistic than 'punk'.  If you can't see from here, that guitar neck has a bunch of knock off Swatch watches on it (in their own defense, this was 1989). 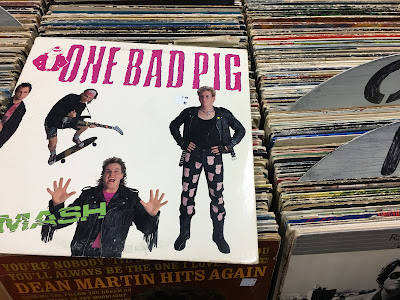 But if you think those prices are gnarly, you still haven't checked out the 'premium section' at Secondhand Splendor! They had one small rack and then this weird screen thing that held some more vinyl.  No doubt these were some classic records and some are worth a few bucks.  I should have checked the prices more closely, but when I zoom in on the original hi-res shot of the screen, the only two I can make out are the Zepplin records in the lower left hand - both are $129 each! 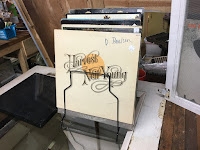 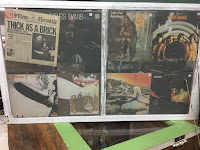 My work done there, I finally trudged westward to my original destination before I was sidetracked.  And just within spittin' distance was the Economy Shop! 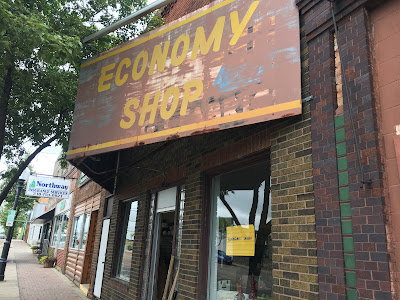 This place specialized in country music it would seem, or it just worked out that way. For a moment I was astounded that a thrift store could have so much Johnny Cash and I entertained thoughts of buying it all and immediately selling it for triple.  That was until I quickly figured out that it was a carefully strategized move to take some cash off some suckers.  They were all individually priced and while not quite as bad as their neighbor, let's just say it wasn't thrift store prices.  They probably bought these on ebay or from a record store with the sole idea of marking them up and reselling. 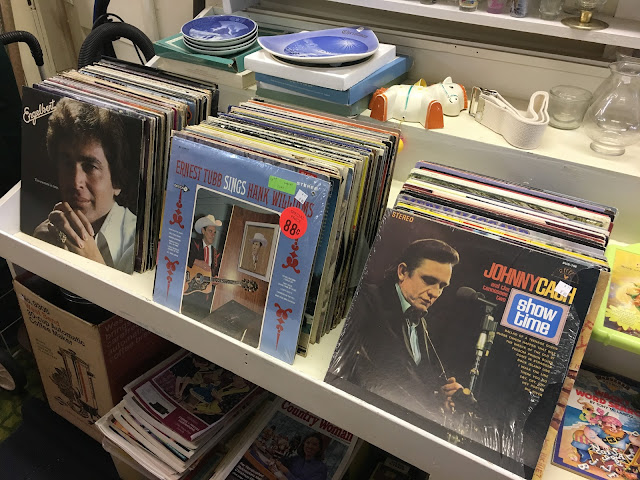 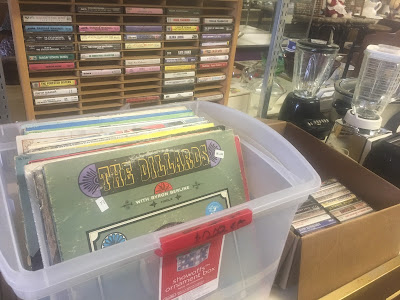 Email ThisBlogThis!Share to TwitterShare to FacebookShare to Pinterest
Labels: minnesota, out of state, thrift store