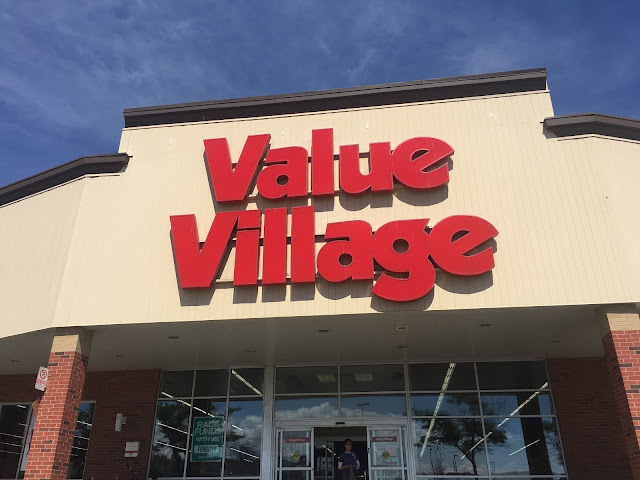 I have finally been fortunate enough to have the opportunity to take this blog international! I had 4 nights spent in Mississauga while I worked in nearby Brampton.  My first stop here at Value Village was a pleasant accident.

I was told we would be working somewhere between 11am-11pm everyday so I wanted to make sure I had beer available to myself because the last thing you want to do after a 12 hour shift like that is to find out that there are no nearby places to get alcohol.  So I got off the plane and immediately took an Uber toward the nearest Beer Store.  I stopped for a delicious lunch I will not soon forget (and often miss) at Watan Kebab.  Then as I rounded the corner into the strip mall which housed the Beer Store, I saw Value Village.  I had already laid out a couple places on the map that I planned to try and make time to see but somehow I had missed this.  I wasn't even 100% sure that it was a thrift store initially.  And even if it was, did they have vinyl? I'd learn quite a few things pretty quickly. 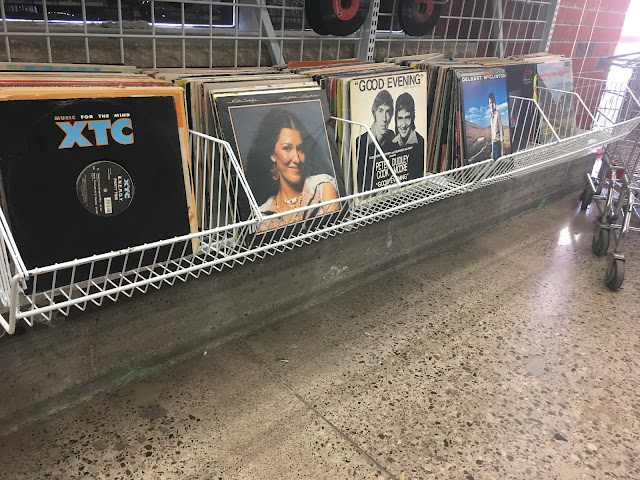 Yes, it was a thrift store.  I had a hunch that this place was somehow affiliated with Savers and I later found that I was correct.  In fact, there are actually a handful of Value Village stores in the USA.  I also just realized I have been to one before, in North Carolina a couple years ago.  And as you can see above, yes, they have records and plenty of them!  Most interesting were what I immediately recognized as Canadian pressings of two vinyls I already own.  I was tempted to buy one or both of them but left them both behind, to some small amount of regret I still continue to be haunted by.

At a level not recently seen, or perhaps ever, this place had so many Goddamned Engelbert albums it was staggering.  Because I have some sick form of OCD I had to lay them all out on the floor in order.  The fact not revealed by this photo is that there was heavy traffic all around me as I attempted to first lay them out, in as close to order as I could conjure up under the circumstance, then to back away enough to get the angle I wanted.  No one said a word but no doubt they were inconvenienced for my sick pleasure which is this blog! 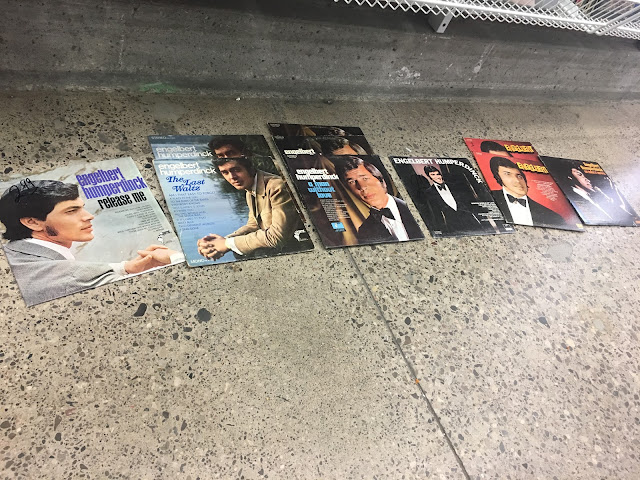 And as a footnote, his non-Parrot releases, save for the live album which I have of course categorized incorrectly.  You NEVER see 'Love Letters' in the wild, this was overwhelming to find.  Bear in mind these were all scattered through the bins so I don't know that a singular donor brought them here, perhaps all of Ontario just loves Enge that much? Does Enge love them right back, just as much? With the close proximity of vinyl, beer and kebabs, I know I do. 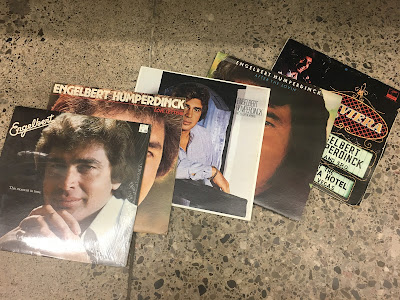