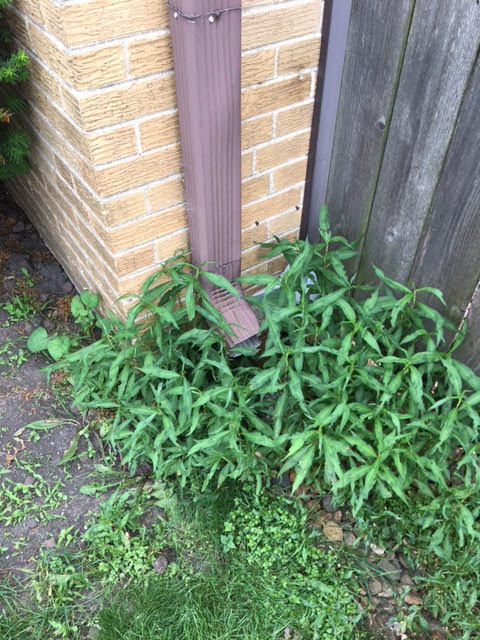 The Bollweevils / Ripcordz - North America Loud Punk Series
I saw the Bollweevils live a few times at the Fireside Bowl back in the 90s.  Some of those times were when they were playing with another band that I liked, I was never an outright fan though they are good and a classic Chicago punk band that has to be respected.

Beastie Boys - Intergalactic / Peanut Butter & Jelly
I saw the Beasties in 1994 I think at the Rosemont Horizon (now the Allstate Arena).  At that point I had already been to some dangerously packed, death defying punk shows at small venues where I had been crushed up against the stage, etc.  But this show was totally exhausting.  It was so hot and claustrophobic I could not wait to get out of there even though I was a huge fan at the time.  Obviously this single came out a long time after that.

White Kaps - Wooly Bully
This one has is missing it's picture sleeve.  My only real experience with White Kaps was on an old video from back in the days that we used to watch again and again.  There were some great songs and videos on there from some of my favorite bands.  But the video gets worse as it goes on and this is the last song.  The video is beyond low budget and its ridiculous.  We used to just laugh at it and looking back I'm laughing at it again now.

Rage Against The Machine - No Shelter
This one is missing it's extremely creepy picture sleeve.  I have to figure out what that photo is from.  I was exposed to RATM when their debut came out when I was in high school and we played it constnatly.  I preordered the follow up at my local record store and got a shirt and a poster with the CD as a reward.  The third album (which this song is from) came out when I was in college.  I never bought that album though I have listened to it at length and it is excellent.  My biggest memory of that album is that I was working at a restaurant at the time and there was a younger kid there named Corey.  We used to drive around in his car after we closed up, we listened to this album a lot and we'd smoke cigs and one hitters as we drove around in the dark.

The Larry Brrrds, Lynyrd's Innards - Split 7"
My friend told me he got this at the Fireside after a show and even got Lynyrd's Innards to autograph it.  I never listened to these guys or even saw them live, even though they were very active at the time I was going to punk shows constantly.  I'll have to give this a listen.

Lynyrd's Innards - Your Ass Is Grass
Ditto above.

Oblivion (12) / Apocalypse Hoboken - Oblivion / Apocalypse Hoboken
Ditto above - two more Chicago punk bands from the 90s that I never saw live even though they were active at the time I was 'active' in the scene, I'm familiar with both but never listened to either.  Now I will.

Voodoo Glow Skulls - Land Of Misfit Toys
I played the hell out of their first album as it came out right during my 'golden age' of punk rock.  I still love it.  I have their second CD also but I got it from someone because they lost the case and wanted another copy, so I have it tucked in a book sans insert.  I see now they have many more albums and I've never listened to any.  I can't remember when they came to Chicago (I'm sure they did) but I've never seen them live and I don't think I know anyone who has, though they would be an awesome live show.

Here are all of the above, mixed for your enjoyment, with commentary.

Email ThisBlogThis!Share to TwitterShare to FacebookShare to Pinterest
Labels: mix