Had a solid block of downtime during a recent trip to Lexington.  I already outlined my visits to some other local stores but the exciting news is - there's more! I was able to hit two record stores as well, the second of which being a questionable distance to walk, especially in the heat, but I did it anyway.  And well worth it!  First up was Pop's Resale which despite the name is actually (mostly) a record store, though they do sell some other goods.  It was in the same strip mall as Goodwill and the Meadowthorpe Antique Mall. 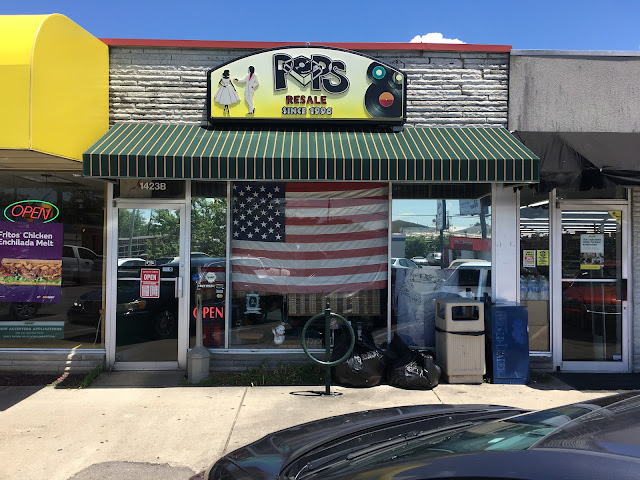 It is kind of a sprawling layout with the meat of the record collection about midway towards the back of the store.  They had the 'snake' alphabetized layout that continues around corners, etc until you reach 'Z'.  The very back of the store has racks of clothes (???) and there looked like perhaps other mixed goods further in the corner.  Apparently I am not that adventurous as I did not dare break the threshold of the record racks to explore this area. 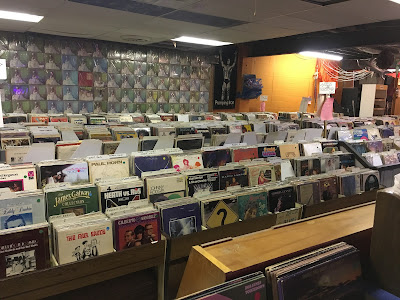 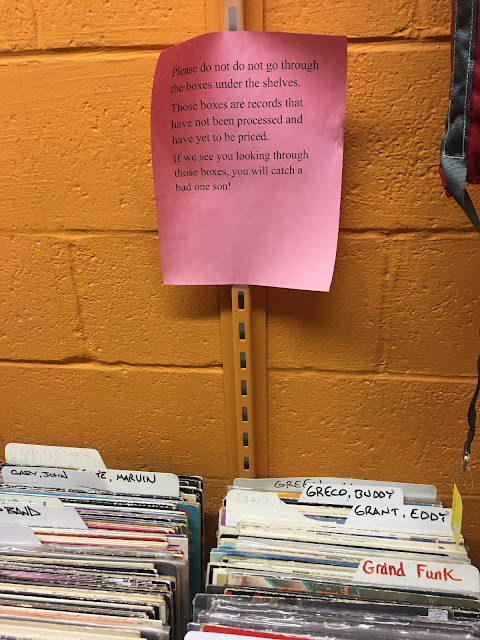 I wandered around in there for quite a while, sans any other customers I had the bins to myself.  But I was having some serious trouble locating anything.  Seemed like what little I could recall that I actually wanted to dig for wasn't there.  Now that I scored my holy grail, I have another Joni album I'm looking for.  As it is mass market, major label I thought maybe they'd have it.  But they didn't have ANY of her albums at all! So I returned back to the 7" bins and was able to locate not one but two Parrot 45s I need! One from Enge (a promo, wasn't even in the database and pushed me to create this list) and one from Tom. 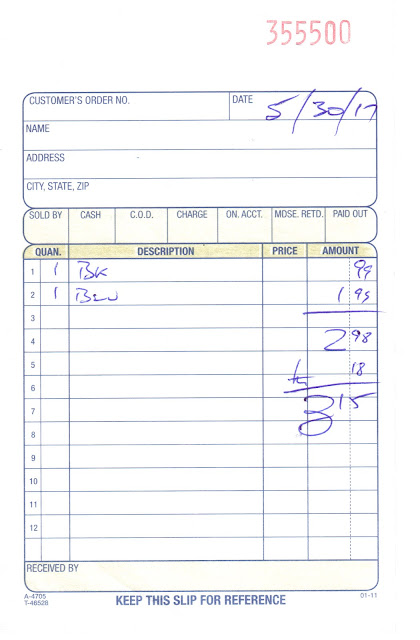 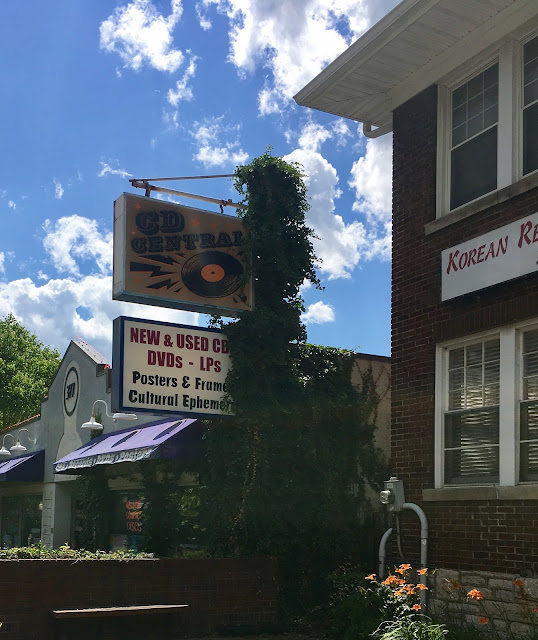 When I was done at Pop's, I took a look at my options.  It was early in the day and I had nothing to do.  I saw that CD Central wasn't exactly around the corner but I figured I could take an Uber.  I started out walking and figured I'd see how I felt.  Despite the heat, I ended up hoofing it all the way there.  As soon as I walked in, I was more than pleased to see some good local barbershop, which I found straightaway (and had to add to the db!) 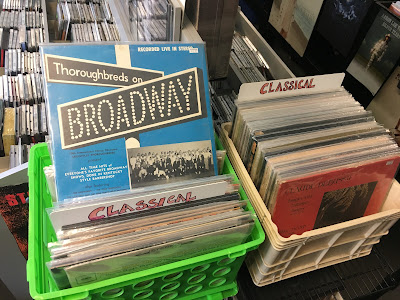 I wandered around for a while and I pretty quickly got a hold of a Kai Winding Verve offering which I toted during my perusal.  Not that I wasn't excited by it, but it almost felt like it was too obvious a choice.  Something inside me longed for a deep cut, something special.  Soon after, I found it. 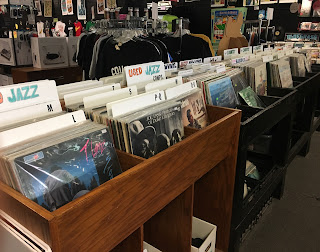 Most record stores don't have a polka section.  Those records get mixed into 'ethnic' or 'world', if they aren't just chucked into the bin.  Well not only did CD Central have a polka section, I instantly found the record in front (I placed it there for the pic, the discovery wasn't quite that sweet) and knew I'd be putting the Kai album back (I did).  Even more appropriate that I personally added the LP to the database a few months ago.  I guess on some level I knew I'd find it! 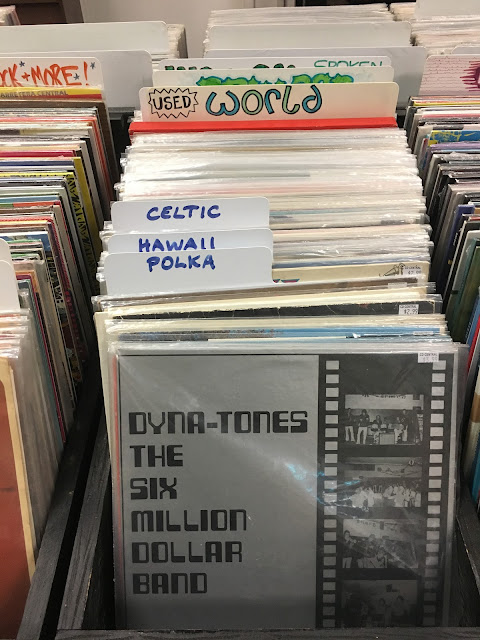 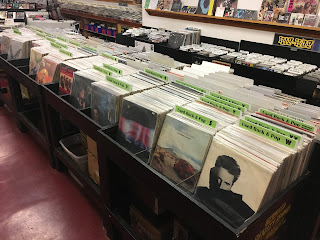 After all this good fortune, the best I could do was wander to a gas station and grab an iced tea - I had walked a few miles at least at this point - and figure out the public transportation system.  I found my bus stop and tracked the next bus, soon after I was dropped off not 1/4 mile from my hotel where I took a well deserved rest, scores nearby.  Thank you Lexington! 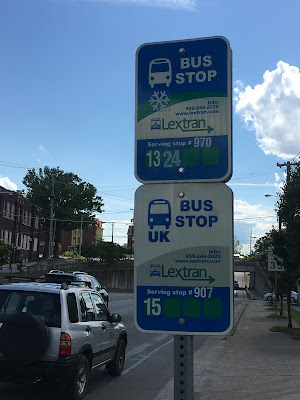 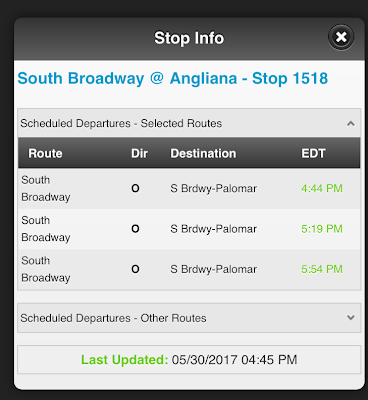 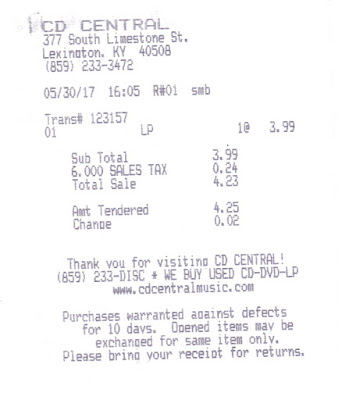 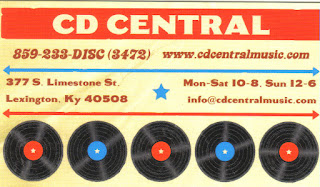 Email ThisBlogThis!Share to TwitterShare to FacebookShare to Pinterest
Labels: kentucky, out of state, record store