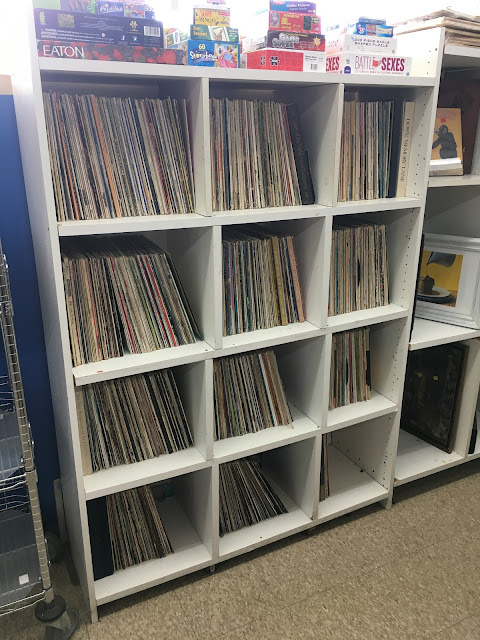 I've been through Kentucky a number of times over the years.  I have been in and around Louisville a few times, though at least one of those instances was long, long ago, before this blog existed.  I drove through Kentucky on my way back from Mobile Alabama a while ago and stopped in Louisville again where I found at least one score.  I was on a 10 day road trip that took me through Carrolton and Ghent earlier this year.  And last November I flew to Lexington where I was picked up by a colleague (who was coming from Louisville) and then we both drove out east to Pikeville. He dropped me back in Lexington again afterwards where I flew home the next day.

So on this trip I was working in nearby Versailles which made lodging and a flight yet again to Lexington convienent.  I hit up a number of spots on my day off throughout the city, the least worthy of mention was the Goodwill on Leestown Road.  They did have a nice cube of vinyl stacked up and ready to go but I found nothing worthy of note.  But as I sit here days later recounting the trip, I questioned why I didn't check anything out last November.  I was digging through Google Photos looking at all the photos I have ever taken in Kentucky and found that I actually did check out a Goodwill (a different one on the other side of town) but I never posted about it! I didn't find anything there either, apparently.  But here you go, over a half a year later, the junk vinyl at the Goodwill on Clays Mill Road: 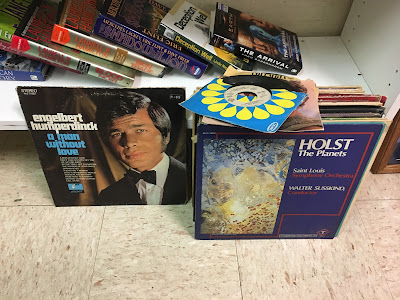 Email ThisBlogThis!Share to TwitterShare to FacebookShare to Pinterest
Labels: goodwill, kentucky, out of state, thrift store