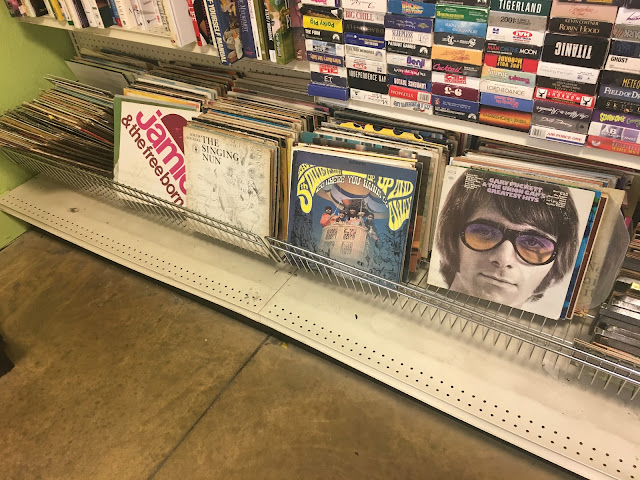 I've spent quite a bit of time in the Avon/Plainfield area.  I worked on a job site in Avon twice about 12-18 months ago, now I have worked twice at a totally different job site which is about 1 mile away, but across the border in the adjoining town of Plainfield.  All of these times I stay in the same hotel in Avon which has a Goodwill right next to it.  Part of my tradition is walking over there and navigating through the thorny bushes that separate the empty lot next to the hotel from the Goodwill parking lot.  On my last trip, this wasn't so bad but now that spring has arrived the foilage has increased big time and it is chock full of brambles and other sharp horrible things.  I wouldn't want to try this in shorts!

Everytime I visit I remember the first time I came to town - its been over a full two years now.  I found a bunch of scores at the Avon store and even checked out the Plainfield Goodwill which I think I forgot existed, I don't think I've been back.  Anyway, I've been into Avon three or four times now but never had much luck.  Well this time they actually scaled back their records and put them into flippable 'bin style' organzation, a far cry from the horrible ground level 'bookshelf style' storage they had going.  This very much looked like a Savers bin.

Just touching on the records you see in the front of the stacks (which I placed there), the first religious record was autographed and well personalized (should have taken a pic).  The 5th Dimension debut did not have anything inside the jacket but it was in crazy beautiful mint condition (I already have their first 8 LPs).  That greatest hits actually intrigued me just a little but I did a catch and release on that one.

But in the last bin I did find something that I grabbed right away.  It is a promo but not in the true sense, but does have a pretty big promo sticker on the jacket itself.  (Not sure if Nemperor did legit promos).  Many, many years ago my Uncle Rick used to make me mix tapes (on cassette) from his expansive record collection.  He got me into some jazz fusion and other stuff that I still enjoy to this day back then.  He used to write 'A Rick Slick Production' on the tape.  He put the title cut from this LP on one of those tapes and I listened to it millions of times.  Years later when I found out who played on the album I was so excited to hear that it was Jeff Beck of all people who played the awesome leads on this song.  But then I found out he wasn't on this track, it was someone else who I never heard of but who is obviously super talented.  The record actually turned out to be pretty beat, its mostly really dirty, no violent scratches on it but it does skip a little bit.

A long time ago I was at my uncle's house for a holiday or a party or something.  I was probably around 20 and thought it would be a good idea to take some LSD before the party.  I did this other times at family events, don't ask me why.  So I went down into the basement to kind of hide out and my cousin was down there.  At this point my uncle had put all his CDs into CD books so he took all the inserts and tray cards and taped them around the perimeter of the basement up near the ceiling like crown molding.  I spotted  the tray card for this one which has the awesome rear jacket seen below (along with some Indiana beer, in my hotel room). 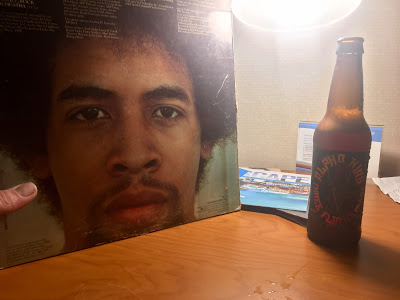 So I was pretty out of it and I was obsessed with this pic because I remembered the mix tape from when I was younger.  I told my cousin I wanted it really bad and I was going to rip it down off the wall.  She told me to leave it .  At this point I don't remember if I told her straight up I was on hallucinogens or if she kind of knew or what.  But I was begging her for it and she kept laughing and saying to leave it alone.  So as you can see I have a very special attachment to this release.  My uncle got me into Return to Forever via one of his other mixtapes which remains one of my favorite groups ever.  He bought me a copy of a Manhattan Transfer album on cassette (I found it on my birthday a few years ago).  Pretty heavy stuff for a pre-teen to be jamming out to.  The record had a weird stamp on it which is kind of smeared and hard to read, I did a bunch of google searches but couldn't come up with anything.  All in all another nice run through Avon and I already scheduled yet another trip in a week! 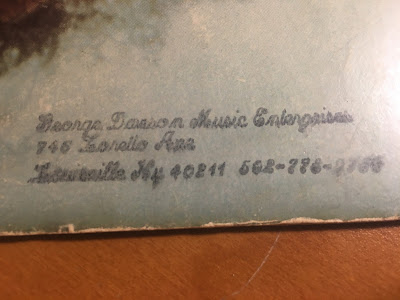 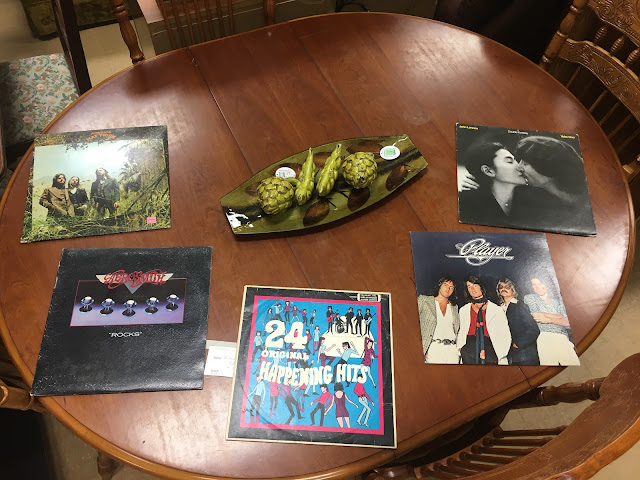 Visited the Kewanee Goodwill a number of times with varying results.  Had an interesting visit on this late April afternoon as I dodged a tough rain storm.  There were a nice selection of legit 70s-80s rock albums, just one after the other, I was surprised to find them all together in any Goodwill and definitely here, way out west.

I ended up going for Double Fantasy and the Player s/t debut.  The latter is an important bookend to my well rounded soft rock collection; the Lennon/Ono collab I grabbed just because the condition looked good and I knew this would sell for more in any record store (and you just aren't going to encounter this in a thrift store).  The Aerosmith doesn't interest me but surely would entice many other customers.  The America album was released just after their peak but still not something you run across every day.

But it was the late 60s comp that caught my eye.  Unfortunately, there was no vinyl inside the jacket but this gem contains a number of hits which I have been prowling for 45s on for a good while.  All The Buckingham's hits from my home town are favorites since childhood and track A2 is no exception.  Track A4 is a lesser known semi-hit for an obscure band who's biggest smash is far more well known.  Track A9 is a garage rocker that I don't think many people outside of that generation (and many who were part of it) are aware of, I surely am - that raucous and dirty sound is a real turn on for me.  And the opener for the second side is a really solid track that I only really became acquainted with in the past half a year or so.  Even more intriguing is an alternate version of this release with no record company info anywhere on the jacket or center labels, and an different cover to boot! Definitely on the look out for either.

I was a bit disappointed when I reached the counter to find that these records were individually priced, apparently Goodwill knew they had some nice platters on their hands and wanted to take advantage.  Had I known, I'd have left the Lennon LP behind.  After all, I already have the single that most interests me.  But as they didn't attempt a downright rape, I anted up and got out of there, dodging the rain drops on a sprint to the car with my new scores. 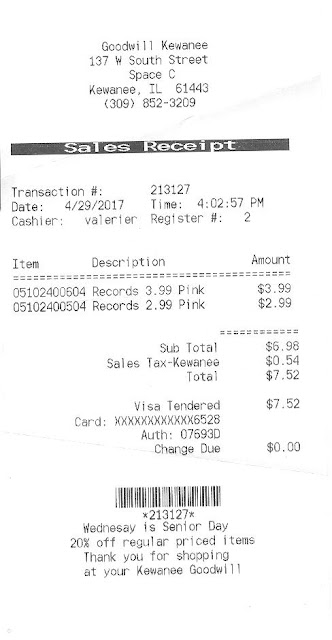