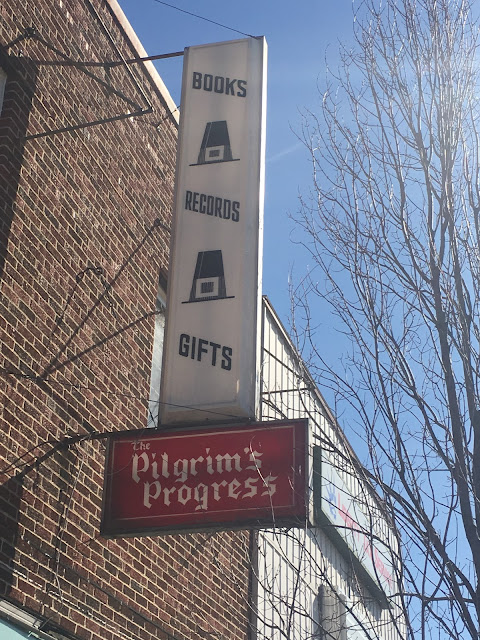 I was eating a bowl of pho across the street when my colleague noticed the sign through the window that stated "RECORDS". I could not believe my luck. I had already checked out Charleston on my way through a few days earlier, now I knew I'd have another shot. I called the number on Google Maps from my table at Pho Vihn Long on 'D' Street to make sure they were open and had an interesting aside with the person who answered.

When I stated my question, she replied that I must've really been worried if they were open or not because she was late that morning. She said that she got pulled over for having expired plates and credited the grace of God with the police officer giving her a warning instead of a ticket. A few moments later, I was inside.

I wandered around and saw quickly but this was not just a bookstore as Google maps stated, but a Christian bookstore.  I gave into the  realization  that I would likely neither buy anything, or perhaps even see anything worth looking at.  But I was saddened further with the thought that there might not be any records anywhere in this cluttered space. Just as I was about to give up, in the far back reaches of the room I did find what I was looking for: vinyl, of the Christian variety, and a good amount of it. 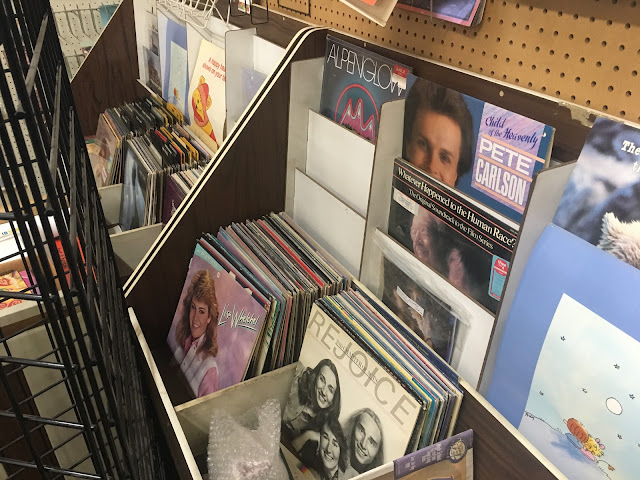 It was obvious they had not been moving many units anytime recently, as the space where these bins resided were having their personal space impinged upon by old racking and other flotsam and jetsam associated with running such a niche business for presumably many years.  Satisfied that I had the photos I needed to prove to all of you (and myself) that I had indeed visited the place, I headed out with a tip of my cap to the cashier who shared such a pleasant chat just moments before.  I headed back to Pho Vihn Long and grabbed a Thai iced tea (in a Vietnamese restaurant) to go and go back behind the wheel. 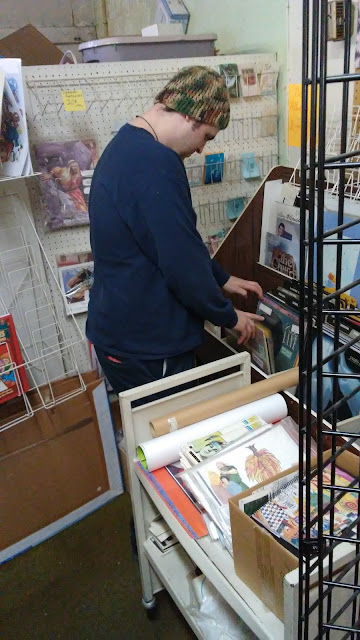 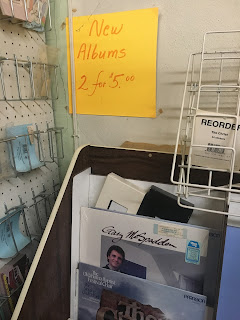 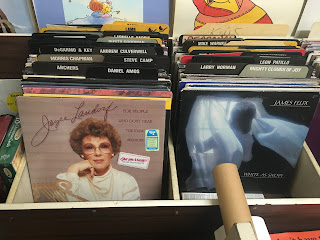 Email ThisBlogThis!Share to TwitterShare to FacebookShare to Pinterest
Labels: book store, out of state, west virginia