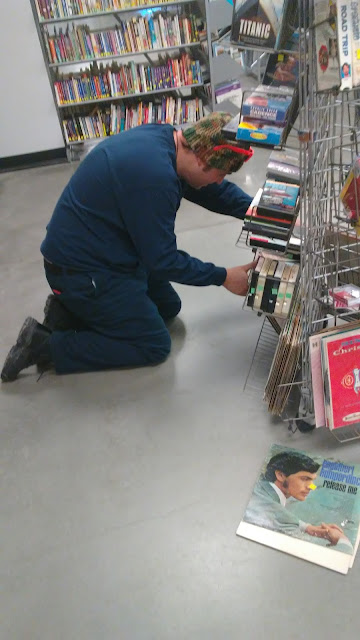 Headed southbound out of Charleston, route 64 gives way to 77 which in turn leads to you to route 74.  For just about 100 miles, you cruise through the tip of Virginia.  And on this very route is the very pleasant town of Wytheville, one of two towns on the way I identified as having a Goodwill, and thus an opportunity to look at records and check state #24 off my list. 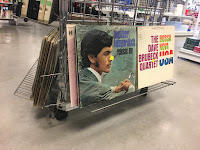 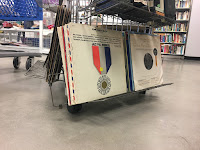 I found the records hiding at the bottom of some magazine racks.  I first came across a BEAUTIFUL copy of an early 60s classic - which I already own (in mono).  It was tough to leave it behind, but I did.  More inticing - and one which I could not resist - was an even earlier 60s jazz comp, of which I seem to have purchased a unique version (different center labels) so I added it to the database just for the occasion.  That is, after I purchased it for a whopping 50 cents.  It has a really cool booklet as part of the inner sleeve (though the spine of mine has seperated) with some great photos and info.  Just your standard jazz classics here though it has introduced me to a couple new (to me) artists that I will have an eye out for now. 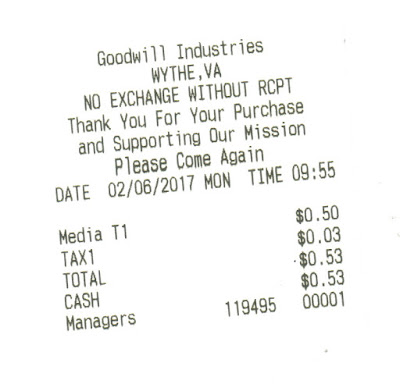 And you better believe it kids - that is NUMBER TWENTY FOUR! And it is safe to announce at this juncture that in 4 days I will be on a quick vacation with my dad to Connecticut and Rhode Island.  I already have a couple spots checked off in those places which leaves very little up NE.  After that I've got the 5 states between Texas and Alabama and I'll effectively have half of the nation covered, physically.  The rest of the states out west will be tougher, but I'll find a way.

Email ThisBlogThis!Share to TwitterShare to FacebookShare to Pinterest
Labels: goodwill, out of state, thrift store, virginia