Winding up a very long 10 days on the road that took me through West Virginia and Virginia, my colleague and I had the very long drive from Greensboro North Carolina all the way back to Chicago.  We opted to stop in Dayton Ohio for the night and take that evening to reflect on the time we spent out here; what we had done and what we learned.  And eating pizza.  And drinking beer.  And looking for records at the Goodwill literally across the street from the hotel. 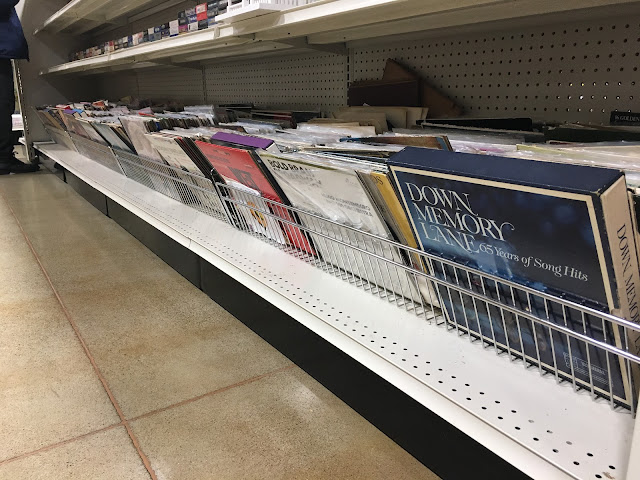 They had a monster amount of records, not the usual Goodwill 2-tier bin.  So of course, I got down on my knees and looked through every single one.  I had a mate with me, a local townie no doubt.  He seemed to be mostly looking at DVDs and VHS tapes but he did sneak a peek at some LPs in between the phrases he mumbled quietly to himself. 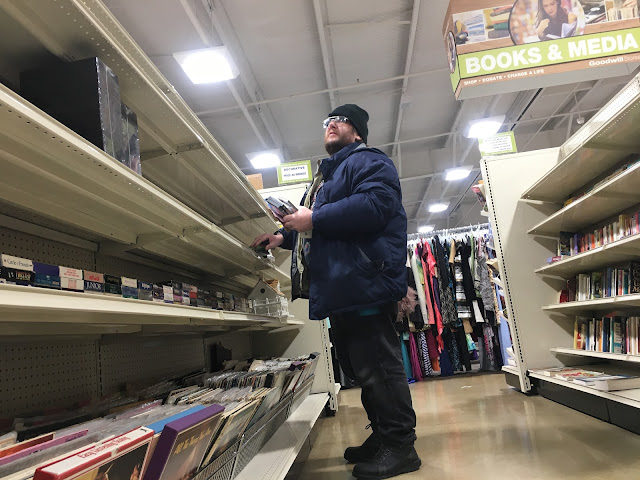 I ended up finding an oh-so-fitting polka record brewed locally, just west in Pennsylvania but originally in Younstown.  I have been researching WAM Records for a while now and trying to find the tie that binds to Cleveland's WRS.

Some damn fool went to work with a key on a Verve classic.  I just knew before I pulled the record out of the jacket it was too good to be true.  But I never would have visualized this mess. 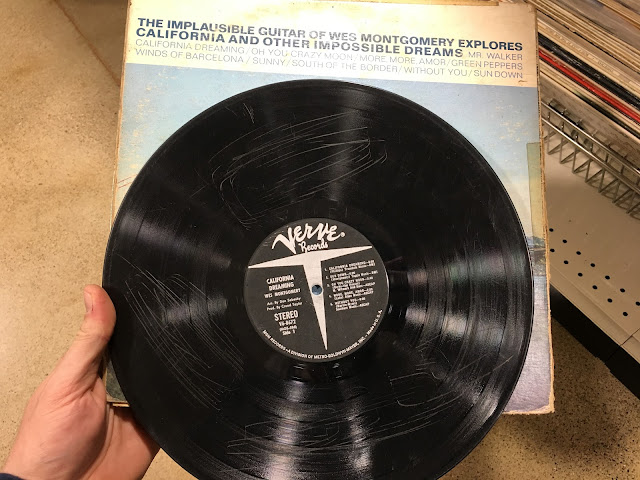 The end of a trip, the longest I've ever spent away from my place of origin.  I was lucky to find a handful of new vinyls but more exciting were the people and places.  Just like my friend above with his armload of scores.  I hope his visit was as fruitful as mine.

Email ThisBlogThis!Share to TwitterShare to FacebookShare to Pinterest
Labels: goodwill, ohio, out of state, thrift store