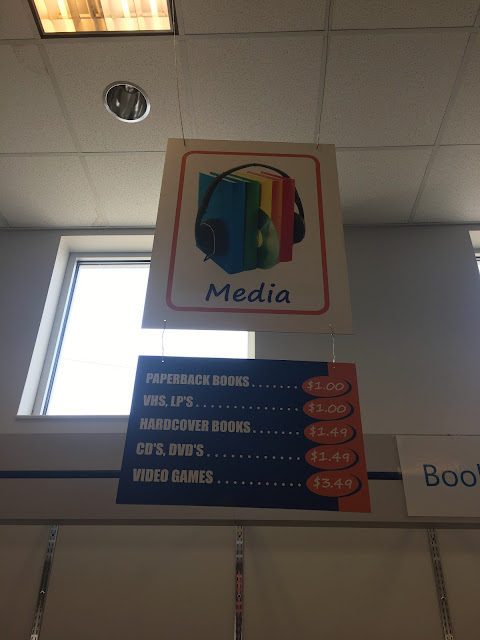 So I left on a Sunday from Chicago bound for Kentucky.  I spent 4 nights there then drove to North Carolina.  Charleston was about 1/2 way so it was a prime stop for lunch and a quick chance to look for vinyls.  First up was the old standby: Goodwill.

I had a brief discussion was an old timer who hand an armful of VHS tapes (as you can see they are right behind me to my left).  I told him to give me a nudge if I was in his way and he politely said that I wasn't.  Then he commented that he was buying some movies he had once owned but borrowed out.  I joked that perhaps the people he borrowed them to eventually gave them to Goodwill and he was buying back his own stuff.  He gave me a chortle and went on his way, and me on mine.

I found a copy of an 80s rock classic, a debut in fact.  The jacket is a bit beat but the vinyl is very clean which is odd given the condition of its wrapper.  No matter to me, I've already given it a spin and enjoyed even the songs I never heard before.  I hesitated for just a few seconds and I'm glad I didn't hesitate for too long to add this to my collection. 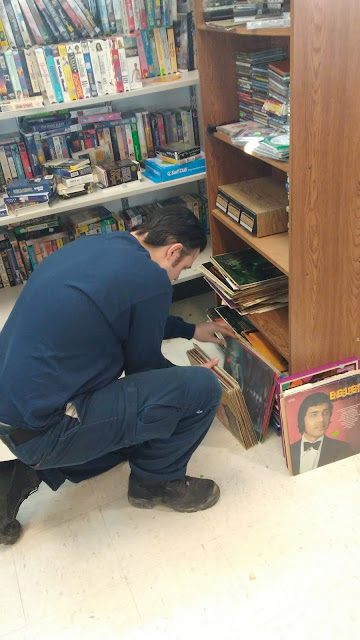 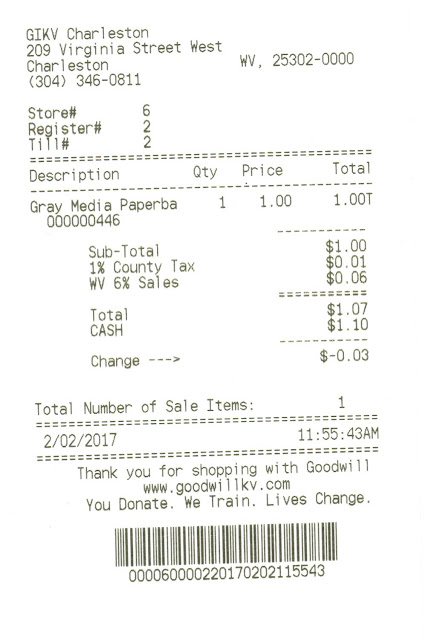