I have had pretty good luck at Goodwill Addison over the years and I try to stop by once every 4-6 weeks to look for new scores.  I stopped by on a lazy Sunday afternoon and I was about 1/3rd of my way through the bin when I was fighting for room with someone else who wanted to dig.  No problem - it's only fair, you can't expect to be left alone even if you often are.

But then this person had someone else come by, and then the two of them were just kind of casually flipping through the second half of the bin, preventing me from completing my dig.  So I stepped out of the way to let them have at it.  But they just kind of goofed off and told jokes and wasted time.

So I got more and more perturbed so I finally gave up.  There probably wasn't anything in there anyway, right? I walked over to the old sofas and such and took a seat and relaxed.  Soon, even more members of the family strolled over and they were having a full blown party at the record bin.  My girlfriend told me to just go over there and say 'excuse me' and get back at it but I wasn't having it, I guess I was having a pity party of my own.

So she went over there and said that there were actually some polka records but that it was 'orchestra polka'.  Of course, many polka groups used the word 'orchestra' in their name, it was mostly meaningless.  Well this got me interested again and the family that wasted my time was gone.  So I ran back over and found the record she was talking about.  It was probably 30 years old and still in the shrink and looked like it had been played once or twice.  Can you believe that after all this I left it behind? Well I did.  Weirder still was that there was a seemingly arbitrary newspaper clipping inside the jacket. 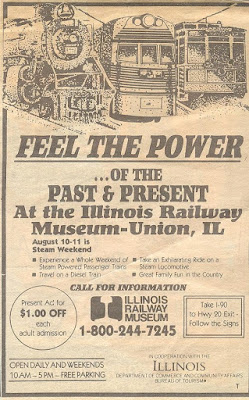 Well all of this drove me crazy.  So I went back a week later in the hopes of scooping it up.  I had to let it go because you deserve to have it disappear pulling childish stunts like this.  Not only was it not gone, there was a sweet jazz compilation in there also! So I grabbed both.  Not sure what the lesson is here, I was lucky it was still waiting there and I really didn't even deserve it.