I've been up to Minnesota a few times, but this trip was unique.  I flew in but did not have a rental car so I was reliant on my local colleagues to cart me around.  When that ended, I was on my own - which is fine with me.  This time I was in the heart of Minneapolis and as expected for a December in that region, it was cold, hovering around 0 Farenheit at mid day.  When I was done with my work, I had to carefully craft a few excuses explaining why I did not want a ride (or have one) and that I'd be fine to walk, even in this weather.  Of course they could never accept that I simply enjoyed being alone, wanted to spend the afternoon looking at grimy old records in a junked out thrift store, and that the ice cold didn't bother me at all (and I was well prepared for it).

So I headed south on Washington for the one mile jaunt to the Salvation Army on 4th. 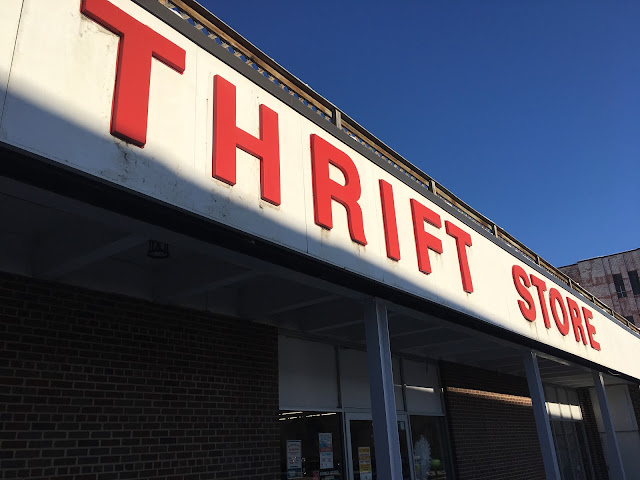 I wandered around long enough that I started to become convinced that there were no records in this store...I couldn't even find any books.  But alas, it is always in the place you look last, just inside the door.  And oh how many they had - eight crates! I discarded my heavy coat and got in for the big dig. 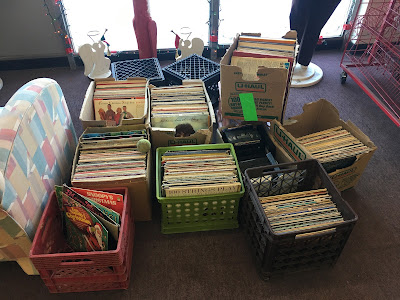 I didn't find anything but as I searched I soon had a mate.  It is rare that I have to rub elbows with anyone on my digs and rarer still in a place like this.  Compounding the unlikeliness of it all, it was indeed a female about my age.  Nothing was spoken and I watched her out of the corner of my eye.  I always figure that people are looking at records as a novelty or some kind of mistake - they couldn't possibly share the same interest.  Unless of course they look exactly like me, which she didn't. 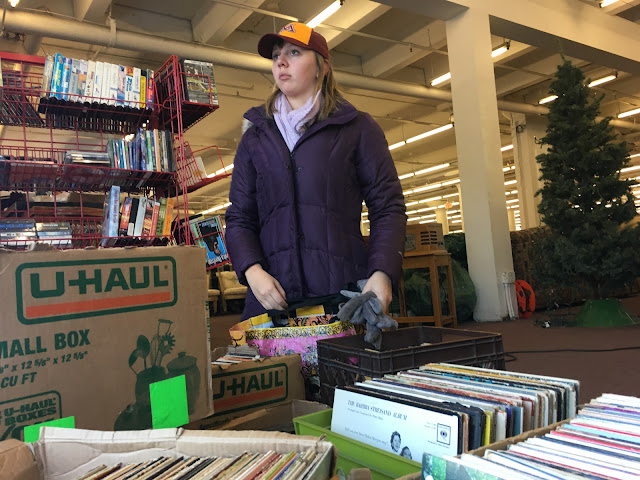 Well this is probably one of my best sneaky shots ever, it is so good I would swear she knew I was taking a photo and wanted to pose.  Can't beat the U of M hat, either.  Can you believe while I walked away empty handed, she strolled out with 2 or 3? I looked through all those bins - what on earth did she get? I didn't see anything that was even moderately interesting.  But hey - major kudos for spinning that junk into gold.

Later that that night in my hotel out in Mendota Heights near the airport, I went on a frozen stroll (it was -2 or -3 at this point).  I had the hotel shuttle drop me off in the area and when done I took an Uber the ~2.5 miles back.  In the meantime, I had a burrito at Chipotle, stopped at a liquor store for some brews and went out of my way to go back to Goodwill Eagan where I abandoned a very odd record long ago.  I stomped through a huge snow bank to take a very short short cut to the front door and got a boot full of powder as a result. 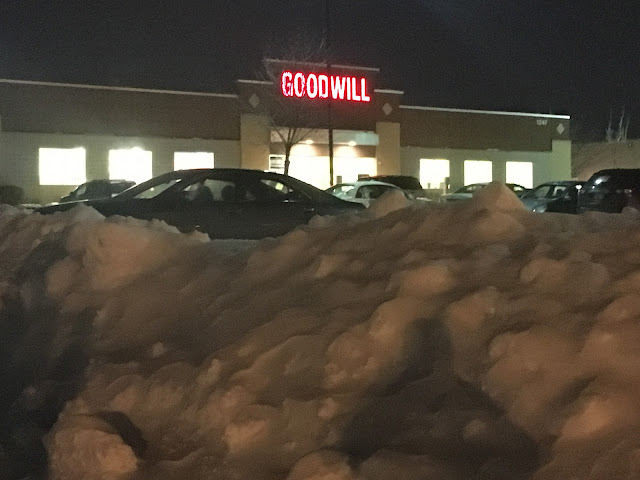 Fittingly, my vinyl was gone and it looked like the whole area had been cleaned up pretty well.  Learn from me kids- when you get that impulse, follow it and learn to discern between lust and intelligent love for a vinyl.  And when you feel that love, take it home kids, take it home.