Back to Battle Creek (and GR) + three year anniversary!

Before I begin today's tale, just wanted to acknowledge that just a couple weeks ago is the three year anniversary of my first post on this blog, which now totals nearly 300 posts.  This post is the 150th tagged 'thrift store' so just to do some very, very rough math at 25 records each, that is nearly 4000 records.  In the thousands of records I have tossed through over the years, I never thought I'd have such a big project like this blog, of which I am extremely proud.  My work is far from done.  So on that note......

Had a wild journey scheduled to drive up to Battle Creek on a Wednesday afternoon, spend some time there, then drive another hour to GR, spent the night, work all day (430am wake up call), then stay again in GR and drive home Friday.  I had hunted very briefly in BC a few years ago.

I pulled it off without a hitch - sort of.  I forgot some negligible work supplies for starters.  I attribute this to having come home from NH for only about 24 hours and heading out again.  But worse yet, I did not have my own bag with clothes and a toothbrush.  I had already planned to get into town early (appointment was at 1:30pm) so I could eat lunch - so I also stopped to get a new shirt at - where else - Goodwill.

As always, I walked in with my head on a swivel looking for the bookshelves.  It is always impossible to find the records from a distance, but the books are more obvious and the two always share a proximity.  That is until now - never saw a 'Media Center' in a Goodwill before! 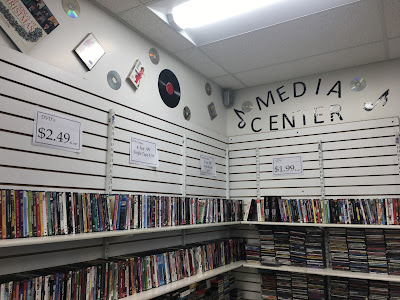 Found three big totes of vinyl with nothing but junk, save for a mono version of Engelbert's first, replete with promotional sticker on the actual jacket.  Mono versions are rare, and the sticker even more so.  This might have interested me if I didn't already have four copies of the album, two of which are mono, and one of which is sealed with the same sticker.  In fact, it is easy to remember where I got it - ironically in the same state, long ago! It does seem odd that the label would put the sticker directly on the jacket - I wonder if someone carefully peeled it off the shrink when they purchased it way back when, then quickly reapplied it to the jacket to save it. 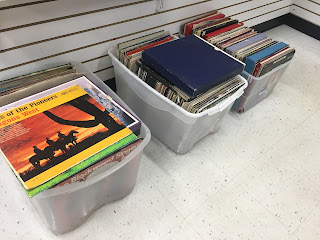 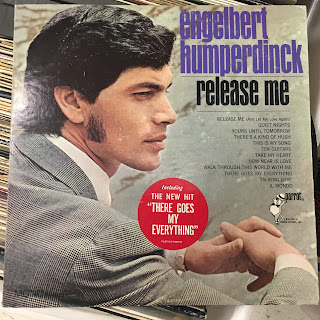 I didn't hit anywhere else in BC due to time constraints and I've hunted GR so many times I didn't even care.  But when my long day wound down Thursday, I thought I'd make a trip over to Grandville and probably my favorite record store in the world, Corner Record Shop. 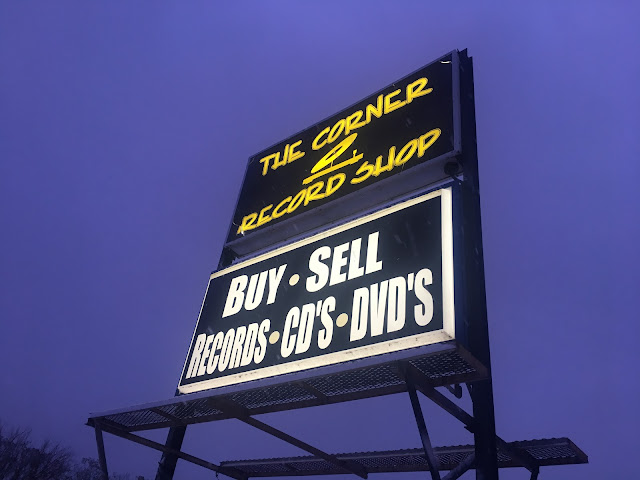 For starters, they got a new sign! I have visited them a couple times and always made out well and had fun.  There were a few other changes in store also since I first stopped by over two years ago. So glad to see that they are obviously quite prosperous.

The coolest part of the store to me is the huge aircraft hanger type space behind the store, which had many thousands of records up on a mezzanine.  Well now they have moved everything downstairs! 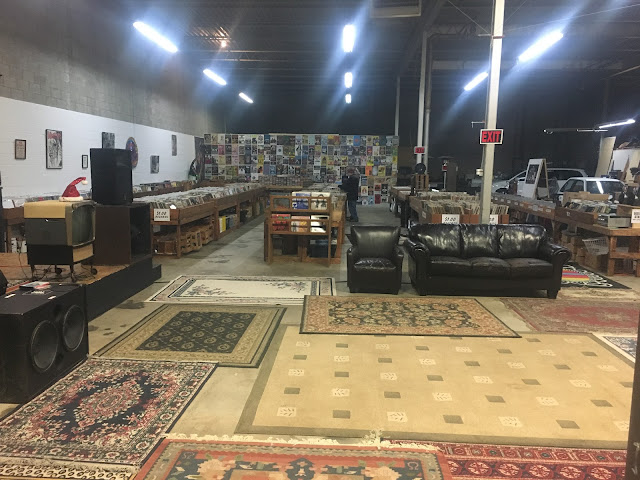 Man, would I ever love to see a concert here.  What a cool space! I searched through their Christmas section which held at least 150 albums but did not find my holy grail. I did however find one of the Tom Jones records I've been chasing for a while, and better yet the UK version! A solid score for only $9 in almost mint condition.

I headed back into the main room and glanced at the country section and quickly found something else I've long wanted, Dwight Yoakam's debut. Very happy with both.

They also had new business cards and now have Square with my much beloved Apple Pay.  The fella behind the counter wasn't sure how to get it running but he called one of his colleagues and he got it fixed.  Even with new business cards and a new sign, those paper bags have not changed.  Still the best I've seen and so hard to throw away.  I complimented them and they told me that they stamp them by hand.What a fun visit and a great celebratory dig after my tough day of work in GR. 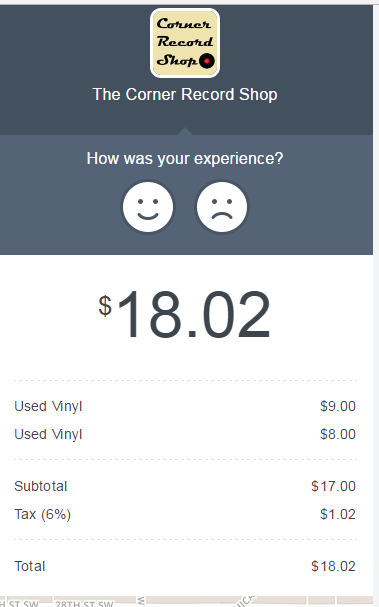 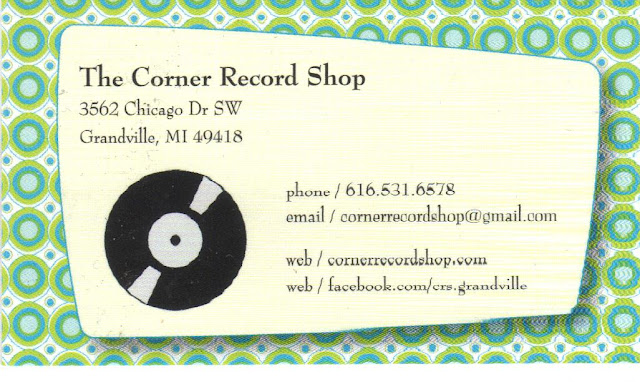