Got a call out of the blue to head down to Wilmington Illinois.  Where is that? I had no idea either - I seriously figured it had to be down in central Illinois or beyond.  Turns out, it's just a little south of Joilet so only about an hour for me.

So I drove down there the next day and was ready to work about 8:30 (I was meeting the customer who drove from Wisconsin).  We worked for about 90 minutes and had a major issue (customer brought incorrect material) so we put everything on hold while they had someone drive down the correct stuff.  So I promptly headed for the nearest thrift store. 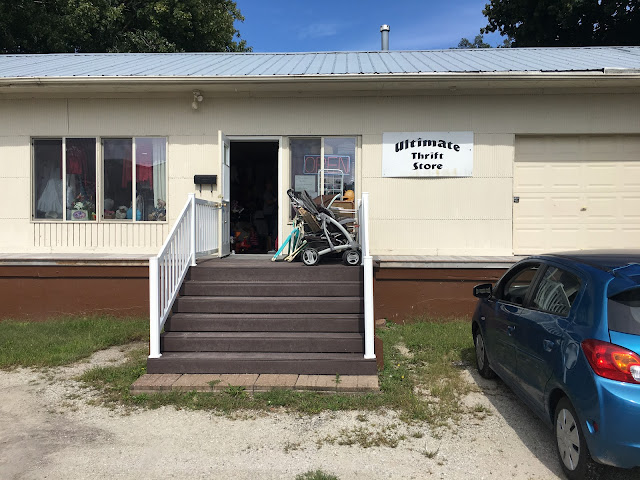 Had some trouble chasing Ultimate Thrift Store down as they had moved but rather than update the listing on Google Maps, they created a new one.  And I lost my 50/50 bet and of course headed for the wrong one.  (I have since made the correction on Maps).  I walked in and asked for the records and they had just one little stack of 45s.  But would you believe that I not only found a 45, it was a nice Tom Jones promo and wasn't even in the database? Not bad! 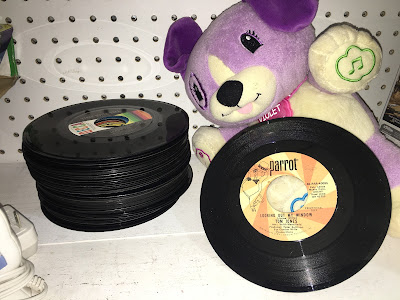 After that I headed down to a small antique mall in downtown Wilmington.  The place is run by a military fanatic so they also sell knives and ammo and some other stuff.  There was one cubicle in the mall which must have been his as it was filled with army surplus type stuff.  I was looking for some MREs which I might have actually bought one.  But as suspected based on my experience in these types of places, they did have plenty of records. 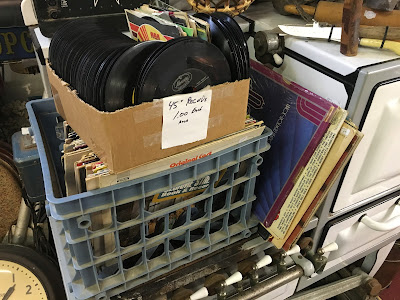 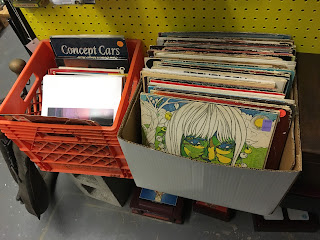 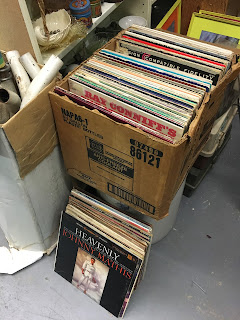 I also was able to stop over at St. Vincent in Joilet as I had to come back the next day. Glad to check that off my list. Lots to do in Wilmington! 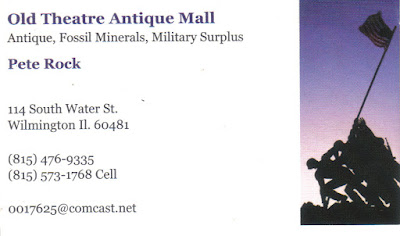