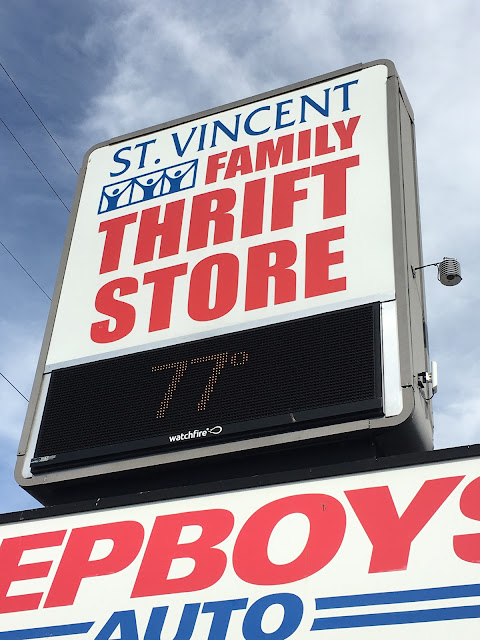 Probably the final St. V's anywhere in the Chicagoland area (or beyond) that I have left, not counting out of state locations (though I've seen more than a few of them!).  I never get out this way so when I had the opportunity, I wasn't about to let it pass.

Nice stash of vinyl, albeit stored vertically which is useless when not organized.  All you can do is stretch out your neck and get to work! I was elbow-to-elbow with another digger for about the first couple minutes.  He was a bit chatty and looking back, I was a little too focused and probably should have been nicer.  But I think in those situation (not that they come up often) I have a sick paranoia that my new 'friend' will grab a score before I do, and I'm mad that I have to share the area so I just hunt faster and more efficiently, carefully scanning the covers in the hopes of finding the pot of gold before they do.  In this case, I think he got the hint and moved on all on his own. 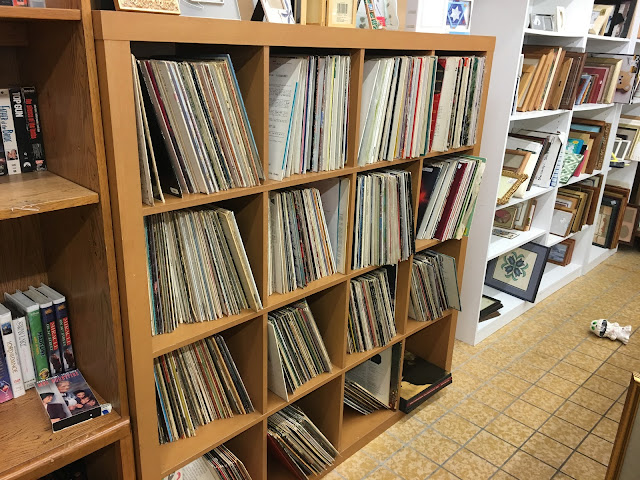 I produced two very nice scores (as seen below) but I had to pass on both.  For the former, I already have it and mine is autographed.  Still nice to come across this classic barbershop album from the local boys and international champs.

As for the latter, this was a major heartbreaker.  This is the second time of late that I have found a Versatones album which had something else inside.  And while it may seem unbelievable, I know that the Frank Yankovic jacket is not in there.  Because if it was, I would have to find it and look inside in the hopes that the jackets just got switched.  But the experienced thrift store digger's greatest weapon is being able to identify the hundreds and hundreds of 'commons' at just a glance, and to be able to visually sort albums, mentally, without almost ever stopping.  And I would have stopped at a Frank Yankovic album just to have a glance.  I looked inside the Versatones jacket almost on a whim, an afterthought and I probably made an audible sound as evidence of my extreme disappointment.  Still, I got some great photos of the band from the gatefold (only Versatones gatefold that I know of) which also provided some excellent historical info on the members which I was glad to share on discogs.  I considered buying it anyway - I considered buying the 4 Renegades album also to try and sell - but I decided to leave empty handed. 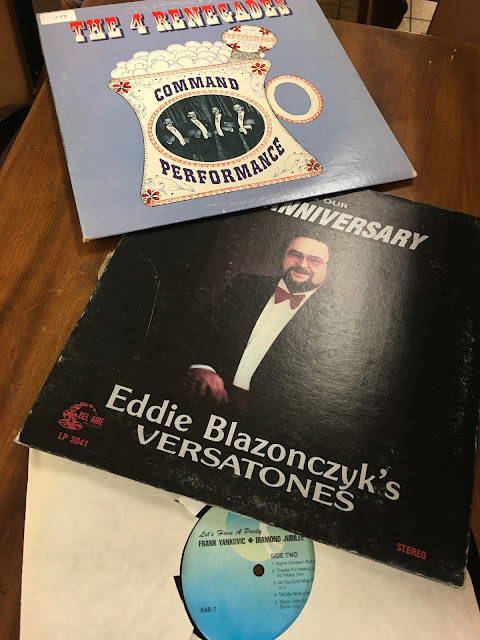 I also found this album which looks to be Brazilian (or Portugese).  I can find nothing in my quick search on the artist or the label but the most interesting part is the writing on the generic outer sleeve.  What looks like it may be notes from some Brazilian reveal to actually be really poor Spanish written by an obvious gavacho. 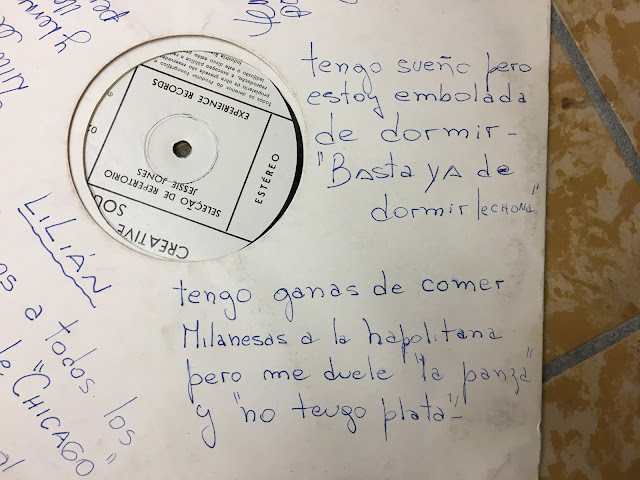 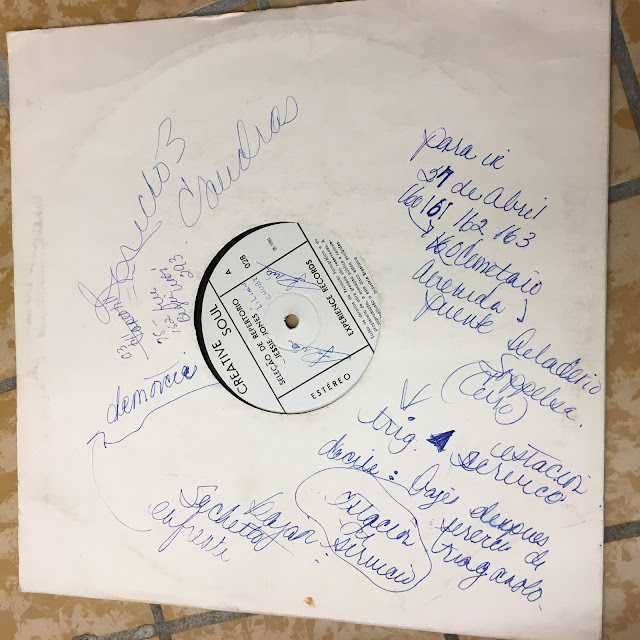