Well - and I guess I can say this about many places I've been - I never thought I'd find myself in Maryland.  And not only did I go, but the whole thing came together with just a few days notice.  Worked for maybe 4 hours.  Can't beat that, right? Usually a plane ticket to Baltimore with that little notice (it was over $500) would be prohibitive and the customer would balk.  Not this time - and I think I might even be back. 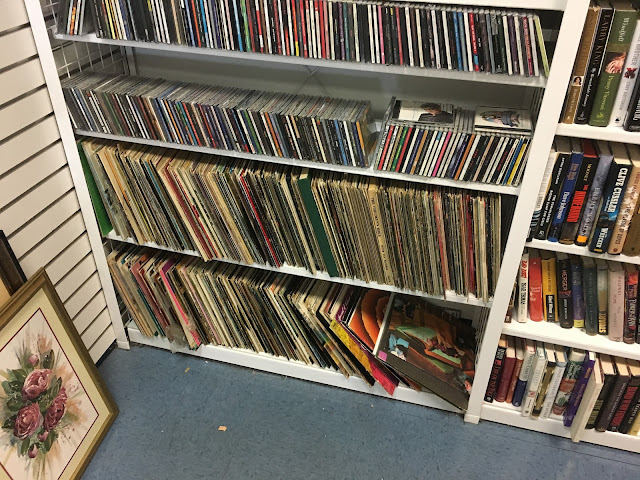 As soon as I got off the plane, I jumped in an Uber and headed to a Goodwill in Glen Burnie.  I hate vertically stored records in thrift stores because they are never under any kind of organization.  Within about 10% of the stack I found a gem! I was sure it would be badly scratched or something but I was afraid to look, so I set it aside until I got through the rest.  I didn't find anything else worth buying but I did find a hilarious 'how-to' record. 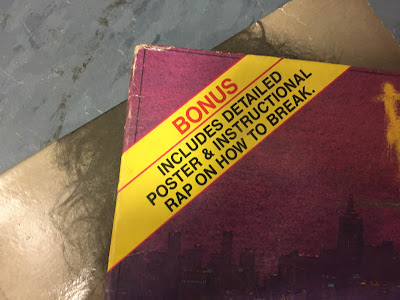 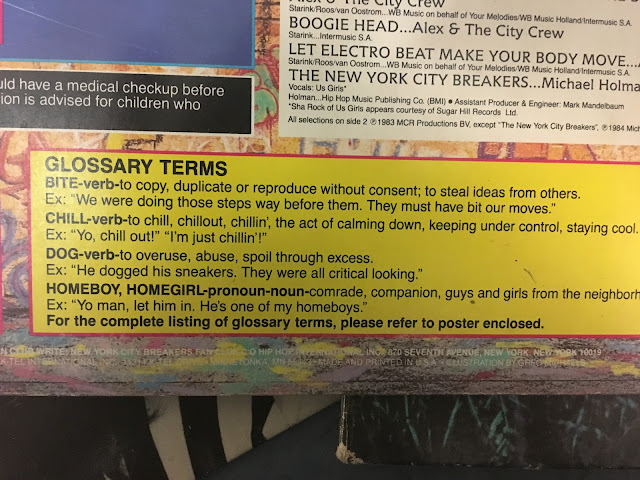 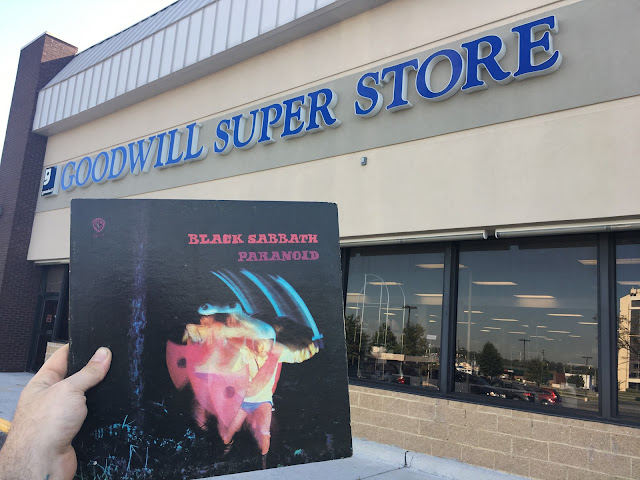 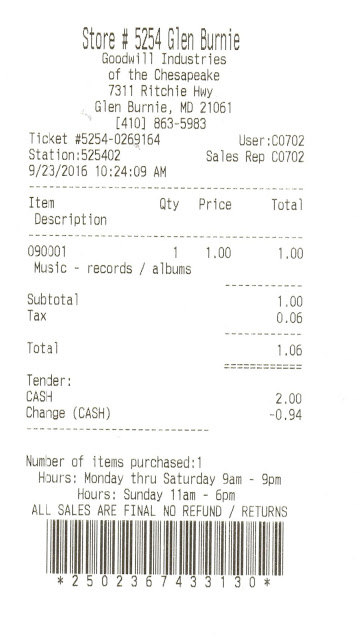 So I was content that I was able to sneak in some thrifting (and even found something) before I had to go to work.  Now if work ran late, it wouldn't matter and I wouldn't regret it if I never made it back to Maryland.  But alas, we got done at a reasonable time and I had time to hit one more! So I headed over to Jessup, near my hotel.  The records were in the book section (nothing odd there) but the crates faced the back of the store and for a few seconds I got short of breath and thought perhaps they didn't have any.  Oh, but they did! 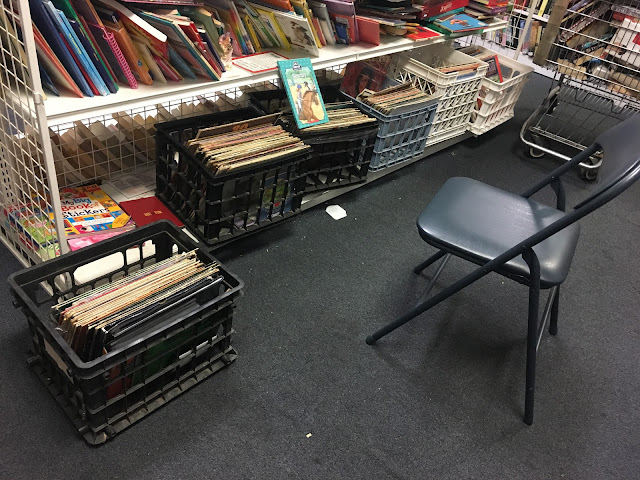 I found perhaps my favorite Dan Fogelberg song as the B-side to this single, I try to buy 7" only if they have a picture sleeve.  This one was 'naked' and now it looks like no picture sleeve exists.  I have mild regret for letting it go.  The Wes Montgomery I already have with about 95% of the CTI 3000 series but its a pretty nice find for a Goodwill. 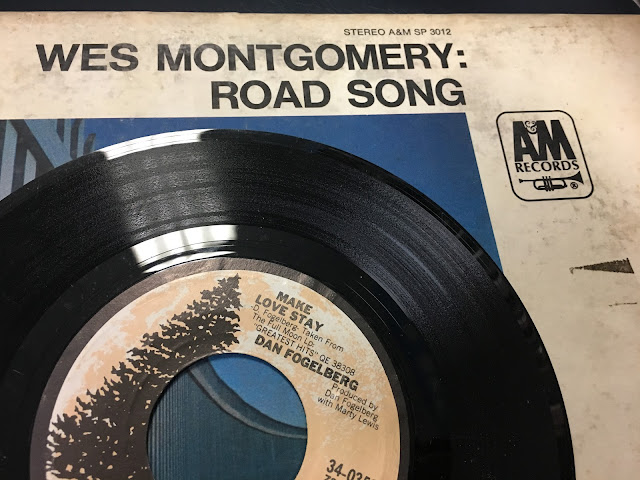 Then I let out a gasp because I found something truly awesome.  I found a barbershop record (score #1), I don't already have it - and I have many (score #2).  It is for a local (score #3) and international champion quartet (score #4).  It is autographed (score #5) - and last but not least, I DO have this quartets other LP, but not this one.  So it is perfect in so many ways.  It is also in great condition.  I freaked out because I knew I had one or the other and I wasn't sure which.  What a very productive 24 hours in Maryland! (I also found a piece of Pyrex for my girlfriend as you can see on the recept) 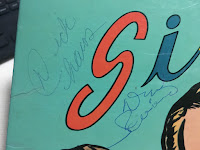 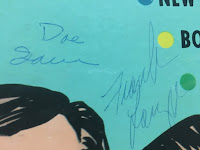 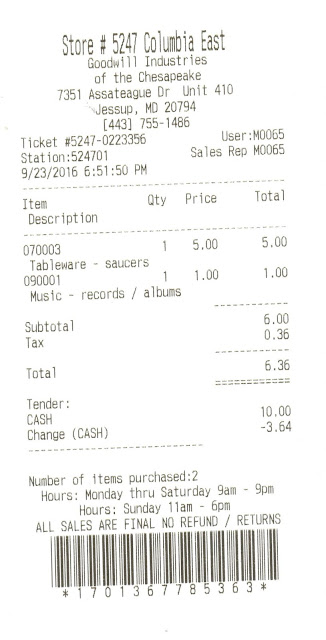 Email ThisBlogThis!Share to TwitterShare to FacebookShare to Pinterest
Labels: goodwill, maryland, out of state, thrift store