Don't know how this place slipped through the cracks - never checked it out.  Made my way over on a quiet weekend and enjoyed the dig.

Like every other Goodwill, apparently someone, somewhere is fabricating these record bins for them as they are in every single store across the land.  However this one had seen some modification.  As a builder myself, I respect the idea behind it: I can't tell you how many times I have been overwhelmed by a stack 2' deep that has nothing to lean on.  The execution isn't perfect but it is a good start. 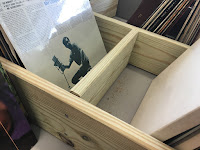 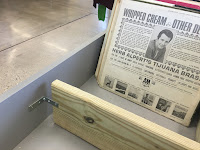 I found three early Chicago polka records: two of which I added to the db and one other which needed images.  I also found another Chicago release which of course I can find nothing about now, not even to cite it here.  I tried to quickly check on my phone which of course is not great (even the new discogs app is not thorough enough or easy enough to navigate in the heat of battle).

Marginally disappointed for finding nothing, I was prepared to move on when I spotted something in the corner of my eye! Off, in the distance, more vinyl! 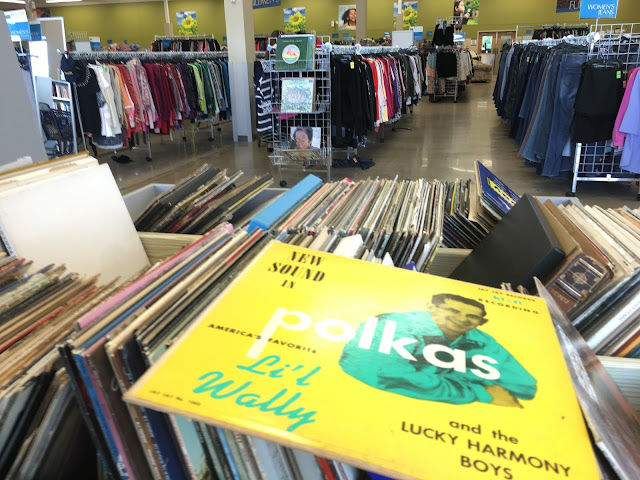 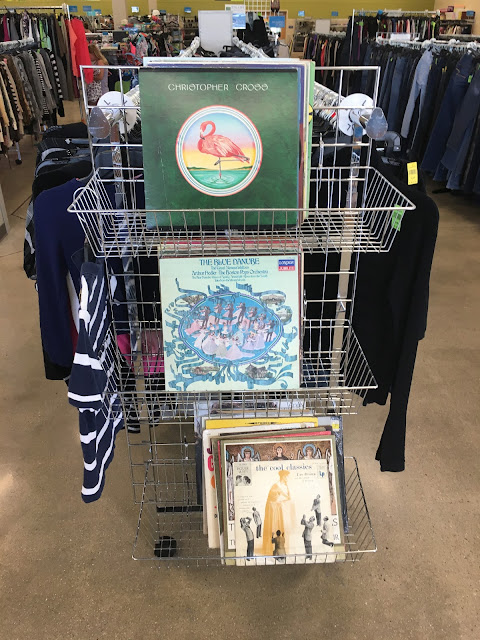 The only notable part of this rack was that I wanted to get the shot previous, with one rack in the distance and one in the foreground when a fella came by to have a look.  No problems there except for a few issues.  First of all, he was pushing around a cart in Goodwill.  I have a big issue with this and deal with it often - you aren't at Walgreens.  Those stupid carts take up a lot of space in a place like this and make everyone's experience more difficult.  Second of all, he had a small child in the cart, probably 3-4 years old who was munching on a bag of Cheetos like it was standard operating procedure.  I am not a nutritionist, much less a child nutritionist, and I surely eat some questionable stuff but this seemed pretty far outside reasonable behavior.  Lastly, he was lackadaisically messing around in the rack for a long time and I could tell by the way he was looking, he wasn't a record collector.  Now that in itself does not disqualify him from having the right to peer in there, but he was going about it in such an inefficient way that it was just illogical.  Hilariously enough, he ended up grabbing a 'score' and he added it to the trove in his cart.  I'm sure he's a big orchestral fan, he surely looked the part.  Cheetos and baroque classical go hand in hand.