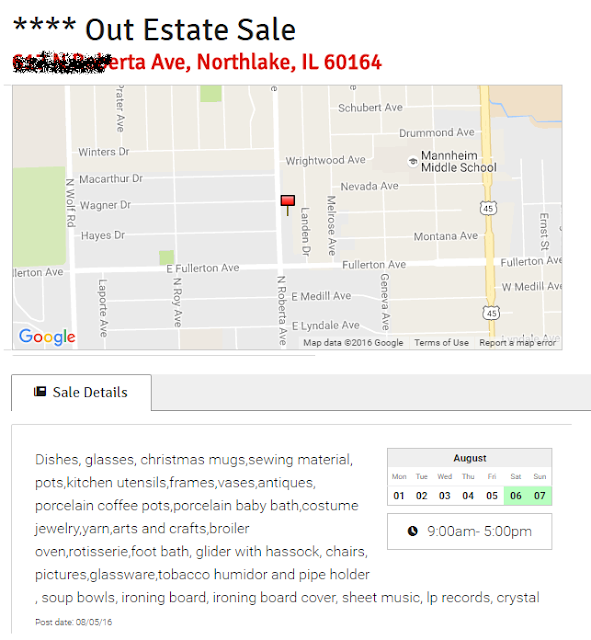 I woke up Saturday morning and checked gsalr.com for vinyl.  I was first dead set on checking out a sale in Villa Park but I noticed that it had been open since Thursday.  Garage sales on Thursdays should be illegal.  Don't people have to work? So I started thinking that the vinyl would be pretty picked through (assuming there was anything decent).  Still, I would have went but then I noticed this one, about the same distance and as I was up early enough, I knew I could be one of the first customers.

Google Maps took me on a real jaunt through an industrial area, I had to stop many times to find my way.  I also stopped to try and help another stranger chase a stray dog.  We watched it almost get run over a couple times before it went through a hole in a fence and was gone.  I hope it is ok.

When I finally pulled up, I glanced through the boxes of junk.  This was an estate sale literally, meaning someone was trying to unload the possessions of someone who died.  But the goods were brought outside, as it looked like the person (the daughter, her parents were dead) lived there.  So I looked around but saw no vinyl and started to feel that old sense of being downtrodden.  Why do I do this? Why?

But before the depression really did me in, I asked if she had any vinyl.  She said 'Oh yeah' as if to allude I might be about to stumble on a library of vinyl.  They were in the garage which was closed, she grabbed her remote opener and popped it open.  There were two big stacks on the floor. 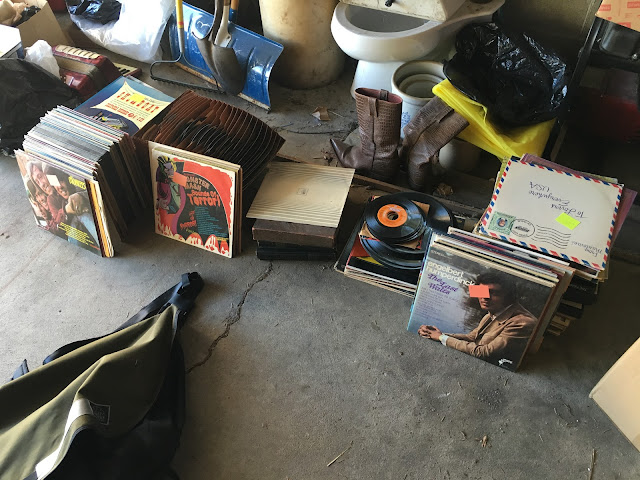 Stacks like this are truly innavigable so I started breaking them into smaller heaps and standing them up.  I was sweating pretty badly so I tossed off my bag and really got down into it.  I came out of there with pretty dirty knees but of course it was worth it.  My biggest score by far is the mono 'Beard' version of Monkees HQ.  I now have the mono and stereo versions of both the 'beard' version and the regular rear jacket.  It took me a couple years at least, I can't imagine how many copies I have had to check in the hopes it was the fourth one I needed (you can see one from one of my recent posts, right up front).

I grabbed three additional.  First was an album by The Byrds that was in such good shape that I could not resist it, even though it seems devoid of any of the pop hits they are known for (I surely do not know any of their deep cuts).  The same exact applies to another by Paul Revere, just couldn't bear to leave it behind.  Both are mono versions.  I also grabbed a Donovan album for my girl that I kind of wish I had kept for myself.

The lady let me just make an offer and didn't even look to see what I had.  Before I could make my wager however, she wanted to point out that she had bought the Paul Revere record herself, as a young girl, with her mother.  This was at the Goldblatt's at Grand and Harlem, just a couple miles from my neighborhood.  She said that she had wanted a Beatles record (perhaps Revolver?) but her mother wouldn't let her have it.  I commented that at least the Paul Revere record is British, so you have that similarity.  I offered her $8 and she accepted and I began my ride home, this time navigating myself.  A wonderful bike ride on a beautiful morning to fetch some nice records from nice people.  No complaints here. 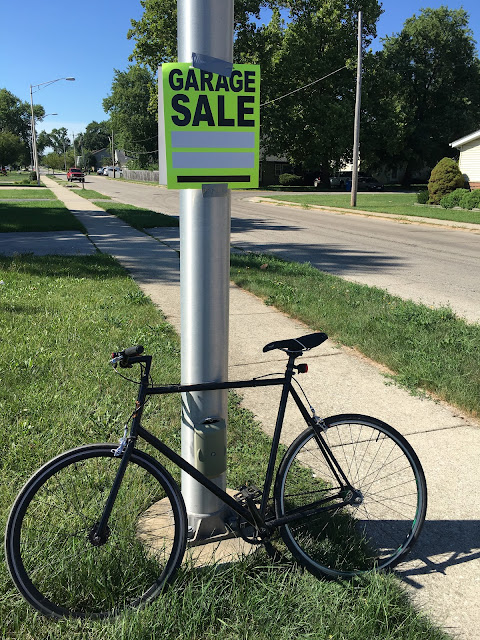