Back up in Cary, I made yet another stop to search for vinyl.  Previous journeys to Cary brought me to Barrington and Crystal Lake.  This time, I decided to check out a thrift store.  Initially I went over to Barrington Resale, no vinyl there.  I called in advance and got no answer, but when I got inside I found the propietor behind the desk on his PC with phone presumably within reach.  He only had some expensive looking furniture and ironically a bunch of Victrolas.  I also called Cat's Resale in Algonquin.  They told me they did not 'have any vinyl.....right now' so I'll be sure to check again when I return. 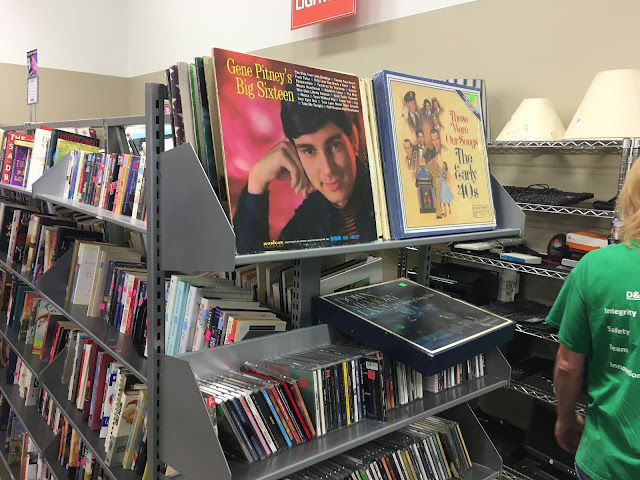 This is a newer looking store, pretty clean inside.  They had just a tiny amount of vinyl, way up on a top shelf.  I did find an array of Lil' Wally albums and while I do try to limit my polka collection to Chicago artists, I had to hold back on the Jay Jay stuff because there is just so much out there.  I hoped it would lead me to some Eddie B. but no luck.  Then at the back of the first stack I found a Cheap Trick album in mint condition.  I don't care for them but I was ready to throw down a buck for it based on the historical and local importance alone.  Stuff like this can always be cashed in for store credit at any legit record store because the demand for releases like this is high.  So I grabbed it and moved on.

I was about to give up and I turned the corner to check out the books.  Then I noticed another stack! 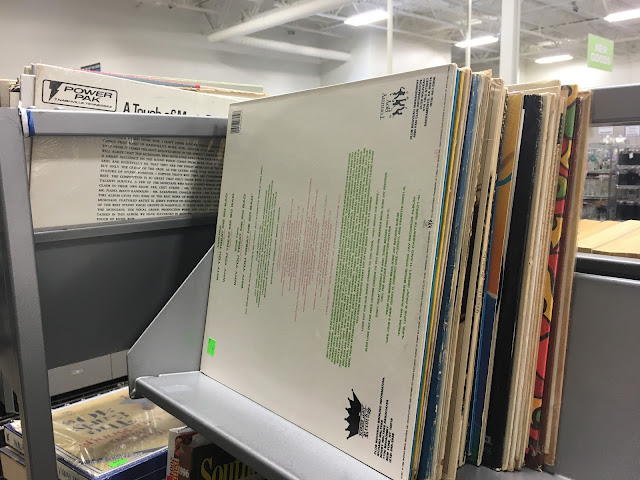 Then they just kept rolling.  First I spotted a Heart record, again in really clean condition.  Soon after that was a Cat Stevens record but the bottom seam was blown out and there was no inner sleeve.  Last up was a nice copy of an LP by the Association.  The Heart record I would purchase for the same reason the Cheap Trick vinyl interested me but the second two I'd actually be interested in.  That being said, I already have the Association's greatest hits so this would be of little use to me.  Plus, there was a price tag on it for $5.  I don't know that it is worth anymore than the standard dollar, and I don't remember a Goodwill individually pricing albums in my previous journeys.  Like I said, the Cat Stevens I wouldn't mind having in my archive but not in that condition.

In the end, I just put them all back! If anything, I have some teeny tiny little regrets about letting the Cheap Trick album go by but I think it will make someone far happier than I. 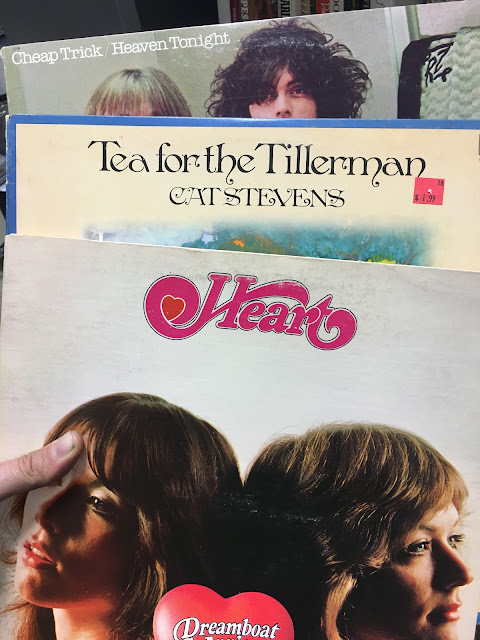