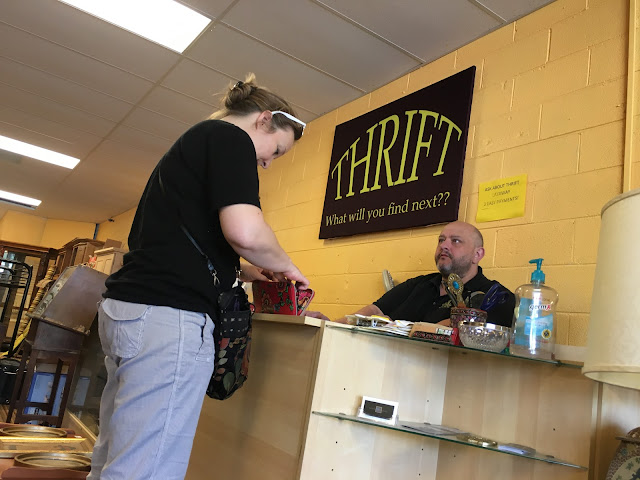 After swinging by my most recent Goodwill escapade, I found this unnamed thrift store just about a mile away.  I called - they had records - I was en route.  I thought that maybe Google Maps just had the store named wrong, but the sign (and the clerk's shirt) said otherwise.  The name is Thrift - and that's all.

I found a crate of records about 20' inside the front door, right next to the checkout counter.  It had a bevy of classic rock albums including the one you see here as well as a proto-metal classic; for that, the asking price was $15.  Not necessarily a bad price, but no thanks.  I did however find a relatively rare Engelbert comp (which I grabbed long ago) for my woman, which she happily scooped. 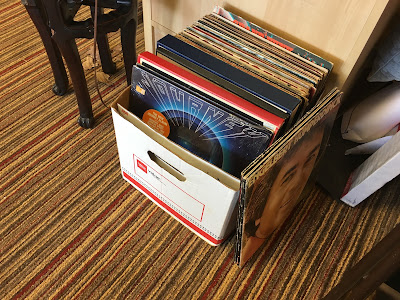 I was ready to move back out to the sunny summer street and exit Des Plaines when we found a large cache of additional vinyl in another room! 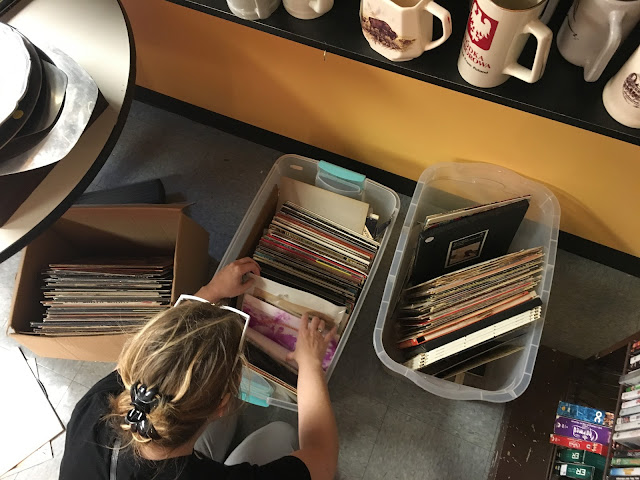 I found nothing but my girl came away with two nice ones, one upon my recommendation.  'Partners In Crime' is one of the best overall thrift store LPs I've ever come across and I wasn't about to let her pass it up.  The other, she owns a version of already on 7", the LP she grabbed here was still in it's (opened) shrink.

We prowled the back room upon the clerk's recommendation but there only found a towering stack of 78 box sets and an Asian couple lounging on the couches (sorry, no pic of the Asians). 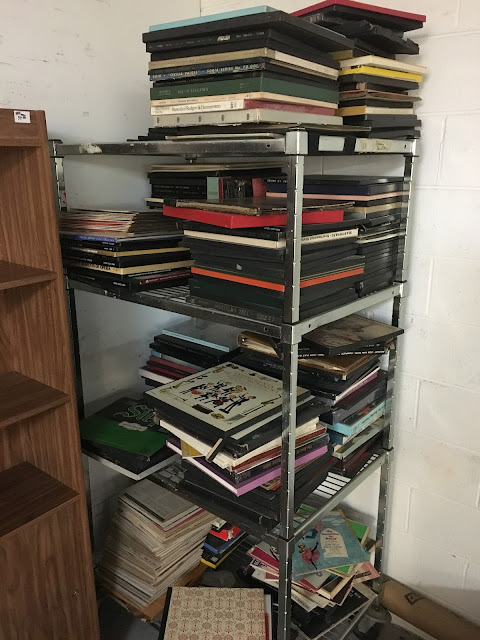 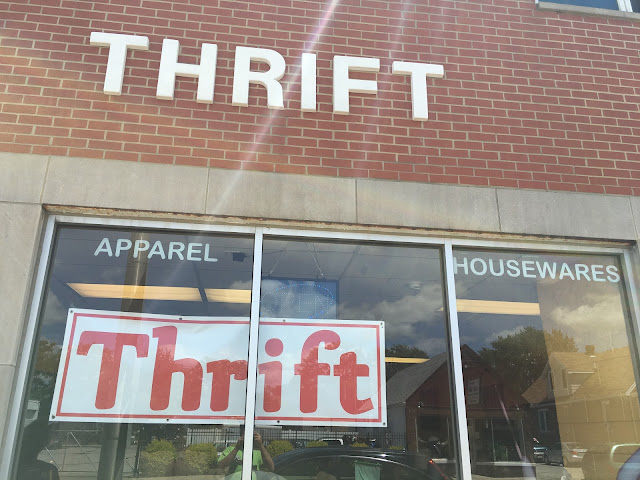 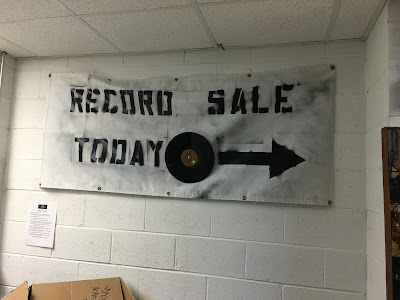