The Last Stand of Glen Elyn

The Union Pacific West Metra line has reaped some awesome rewards and adventures in the past.  Way down at the Wheaton stop stands Mile Long Records just a stones throw from the station.  The same goes for Stars Resale and the College St. stop.  And I almost forgot about Something Else down in West Chicago. Or St. Vincent across the street, which I have visited, but by car. Or for that matter, Antiques of Winfield which I just noticed is next to the Winfield stop, though I traveled via automobile there as well.

Downtown Glen Elyn held two additional shops which could be navigated to with extreme ease from the Glen Elyn stop.  But alas, they are both closed on Sunday and Saturday is often filled with too much mania to get over there.  After talking about it for probably the better part of a year, we finally made our way down to the train and found our way over. 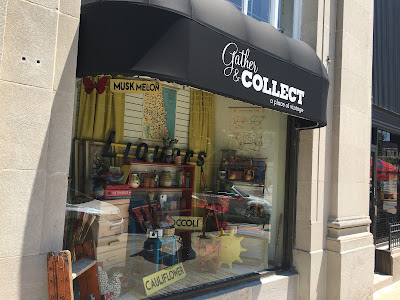 Gather and Collect was first up, less than a block away and essentially just across the street.  It was decorated the way you see antique stores in movies set up - I think whimsical is the word. And yes, they did have records. Nothing of interest and I am not sure the Miami Vice soundtrack quite qualifies as an 'antique' (and I already have it).  But a really fun shop! 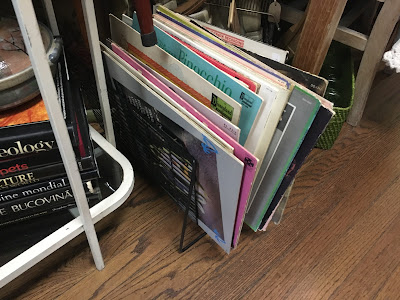 Our final stop on this short trip (which still cost $15 round trip for 2 people for what would have been a 15 minute drive each way) was Treasure House.  I was excited to see it was a non for profit when we approached, a fact I was not aware of.  I knew this meant that their standards for what they bought (and in turn, sell) would be greatly reduced which might be the difference between zero inventory on vinyl and a nice stack.

I got in there and started wandering around.  A worker with some energy blew by me (politely) and said 'how are you...its a good day....we just sold a bunch of stuff!' and as a result she was moving some inventory around to fill the newly opened real estate.  I would encounter her wonderful smile and glow again shortly.

As I went further and further towards the back, my worry increased as I still had not found that one thin box of vinyl I expected, or hoped for.  In fact, I roamed all the way to the rear wall and turned around as my journey had ended in failure when I was face to face with a giant rack of vinyl! 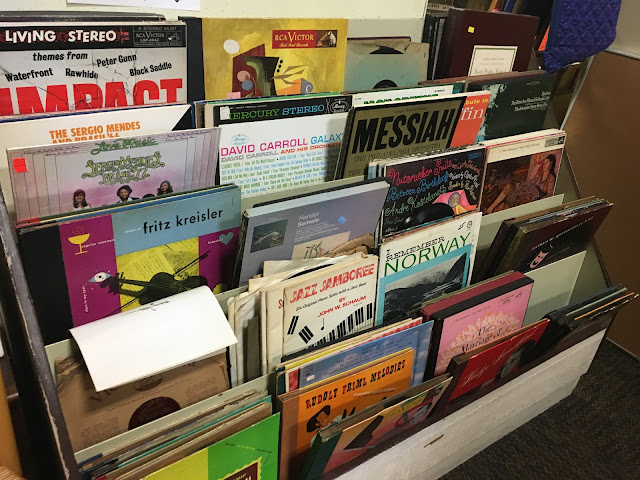 Unfortunately about 50% of the inventory was 78s and the like.  I did spot two nice records I already have - and even remember where I got them! You can see both peeking out on the left hand side.  The first I scored at an estate sale almost 2 years ago.  The second (double LP) was at a St. Vincent up north (this, a rare mobile post sans text.  The pics tell the story vividly!).

I did spot one record that stood out but I passed it up as I already have a comp containing the one song I adore.  But yet there was more! Without hesitation I grabbed an obvious reprint with an alternate cover.  I had a hell of a time securing the original...not that is has much rarity but it was just one of those elusive vinyls I couldn't get a hold of.  This puts me up to 14 Ray Price LPs so normally I'd maybe back off just a bit but the title cut is one of my favorite jams of all time, hands down.  When I looked, this variant did not even exist on discogs so I added it afterwards at the Starbucks down the street as I got wired on a giant iced coffee.

But back to the then-present (now past)...as I waited in line my old friend the energetic worker greeted us again.  She commented on my girlfriend's tattoo and how much she liked it and asked if we needed anything.  We said that we were just waiting to pay (there were a couple people ahead of us with large loads of goods for purchase).  She commented that it was going to cost me a whopping 20 cents for my new score.  I remembered the sign I had seen near the vinyl rack: 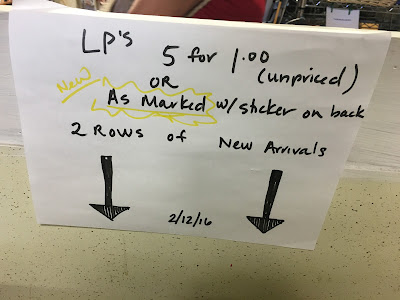 I had been a bit worried because my record did not have a sticker on the back, but I couldn't really find any that did.  Still, I've gotten burned more than once in the past by thrift stores that refuse to sell unmarked items and Goodwill has a long standing policy on this (though that doesn't apply to vinyl so my mention is a bit inappropriate). Anyway, I was glad to hear that apparently they intended to sell it to me and let the bulk rule (5 for $1) apply but I was also surprised that it DID apply as 20 cents seemed quite unfair to me (for the store).  I said that I would be glad to pay the full dollar or whatever other price she could come up with (within reason).  She said to just give her the 20 cents and I wouldn't even have to wait in line (of course, this would never do, as I must have my receipt for this blog!) but I not only did not have any change but I did not have any singles either.  So she kind of laughed and said to just take the record and leave! I said there is no way I can allow that, I would gladly wait.  So I did, and I paid what I owed and took the change and put it into a big jar on the counter which is apparently additional donations.  Money well spent! 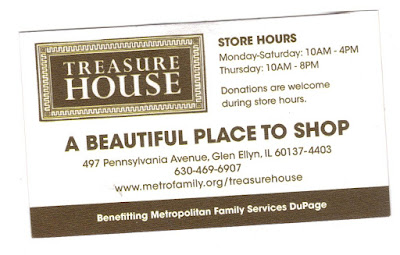 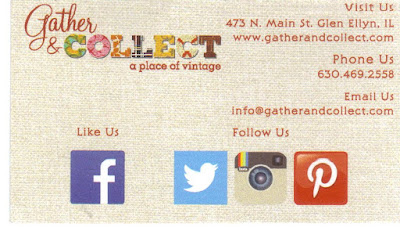 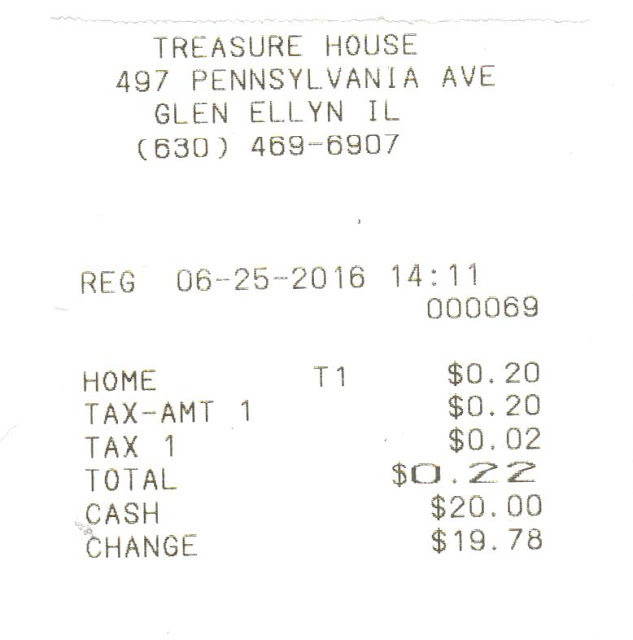