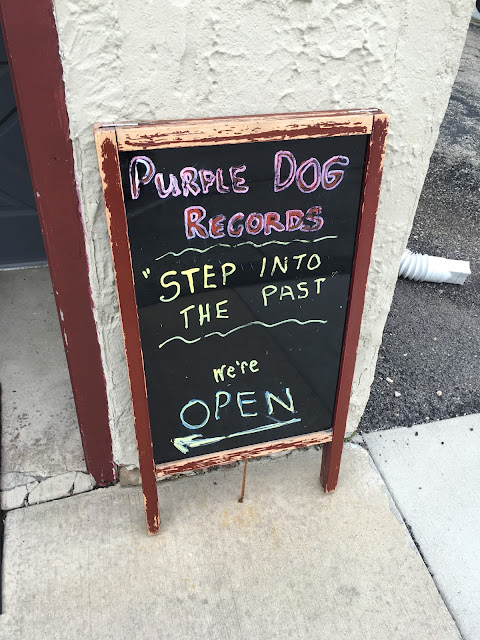 Found myself out in Naperville for a long and grueling day.  I only wanted to head straight home after 12 hours on and off in the plant (and getting up at 4:30am) but only a fool such as I would then go to a record store.  And I found a great one.

Purple Dog is a tiny place, nestled in the back of another store front that does....I don't know.  I can only assume it was the owner hanging out behind the counter.  You could walk a circle around the place in about 5 seconds but there is no shortage of vinyl.

The 7" records were especially alluring, insanely organized and individually bagged.  In the tiny 'punk' bin I immediately found something I've been looking for for years.  I saw it once probably close to 20 years ago at a head shop of sorts in my hood and I have regretted not buying it since then.  I wrote DFL a letter (email) back in the mid 90s when I was in high school telling them they could stay with me (I lived with my parents, not sure how happy they would be with this arrangement) when they visited Chicago on tour and that would could 'party'.  The guitarist Monty printed my email and signed it with a sharpie along with a note saying that 'DFL broke up'.  He gave me a mountain of stickers and a T-shirt I wore so many times it shrunk beyond usefulness.  But I still have that piece of paper under the glass top of my dresser.  So you can imagine my delight in finding this gem.

I had a quick chat with the clerk about the record on the deck while I was in there, it was some nice fusion and I was confident it was some solo member of Return To Forever for a reason I couldn't put my finger on it.  He told me it was Stomu Yamashta who I have never heard of and I felt stupid for my guess.  I asked who the sidemen were and alas the only one I heard of - Al DiMeola, I was redeemed! I wouldn't mind picking up a copy of this if I ever come across it, nice stuff. 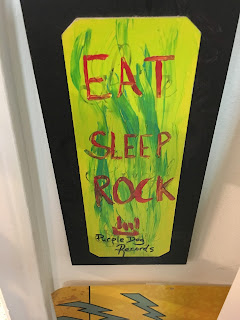 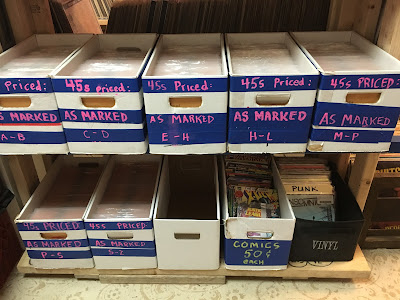 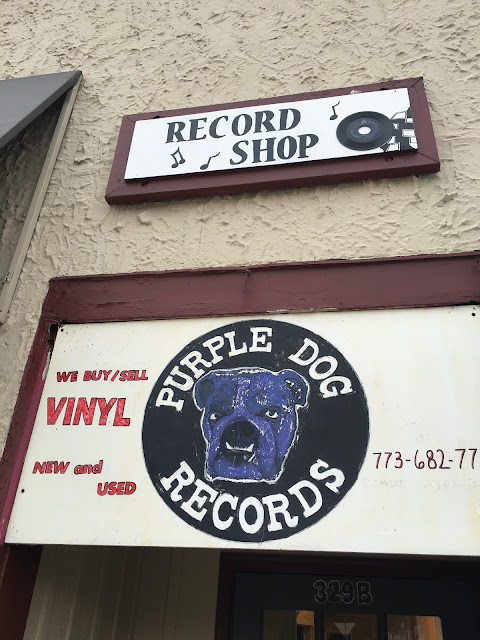 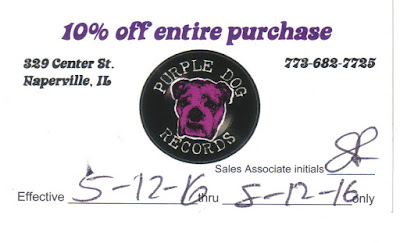 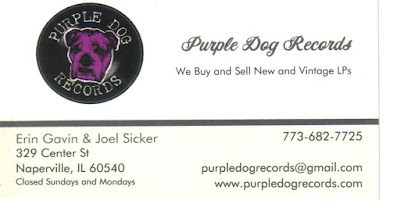