Somehow this one had gotten skipped one million times during my weekend rounds.  Still can't believe it, but the truth is the truth and it is everlasting.  So I investigated the records at Des Plaines Goodwill.  Didn't buy anything but saw a number of interesting items. 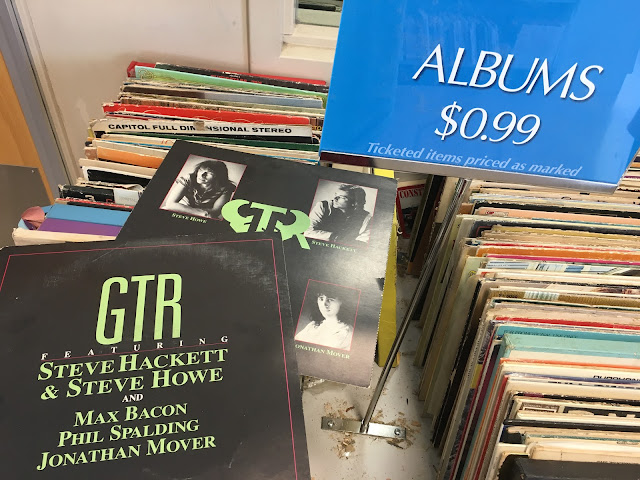 I was never familiar with GTR but I saw Steve Howe's name right away, and I am a solid Yes fan.  Interesting piece of prog rock alchemy.

Caught a beat old 12" from a local hero, next to a promo 12" for an Aussie combo.  I now see that the Bad Boy Bill single is his first release and I am very tempted to go back and get it.  I don't mess with house music much, but I do have a few DJ International releases. 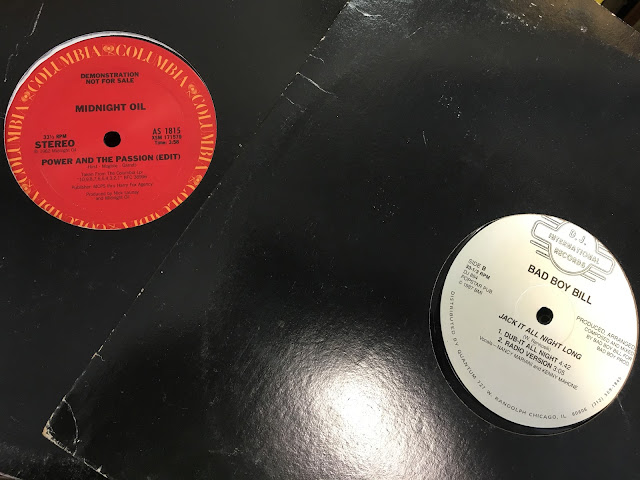 The Jim Croce would have been a no brainer except that the jacket was empty.  Another Tom Jones Live album - I see these everywhere, never the one I need - and a copy of the Monkees centerpiece.  Is it the one I need? I'll never know - there was no jacket in sight.  And that leaves the last one, upper left....too bizarre and never before seen. 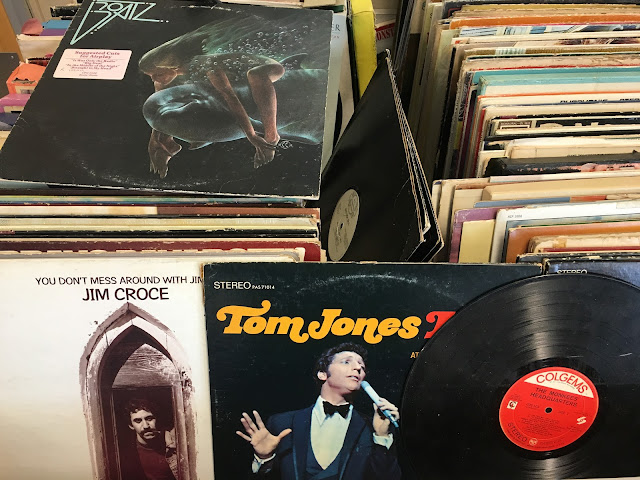 While I was looking at it and opening the discogs.com app to try and research this thing I was beginning to notice the fella next to me.  He was meticulously going through cassette tapes and DVDs.  When he saw me looking at this LP, he said that he had looked at it too, and that he was familiar with the label (I am not), and that it might be worth a few bucks.  It was obvious the guy was dealing with some form of mental illness or disability but I appreciated the advice and it was interesting he noticed I was staring at the thing.  I tried to track him down and sneak a pic, but this is the best I could do. 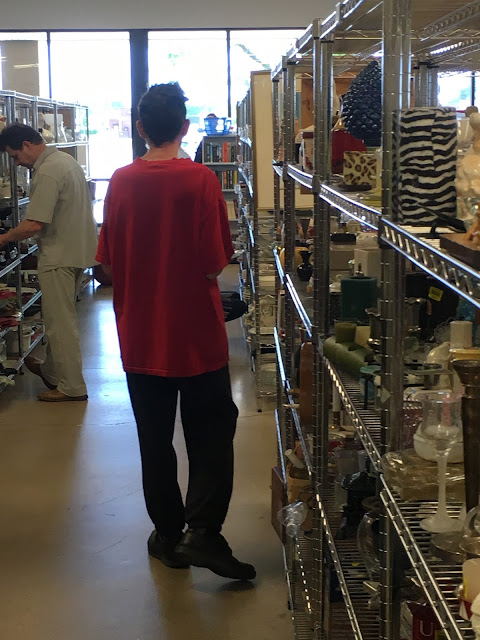