I've been at this long enough that sometimes I shake my head at my own irrational actions and why I carry on, despite a mountain of reasons to turn in.  I felt so worn out the late afternoon I discovered The Vintage Freak in Bedford, Texas that by all accounts I should have called it a day.  I'm glad I didn't!

After my standard thrift store circuit in a new town, I did a Google Maps search for 'record store'.  Generally these interest me less but I am clearly a glutton for punishment.  This place was so close to my hotel, and was the only one in the list which was still open, I knew I couldn't pass it up.  I had a bit of trouble finding it, as it is part of a complex and it's storefront is not on the main drag.  But after exploring deeper back into that empty parking lot, I saw the sign.  And away I went! 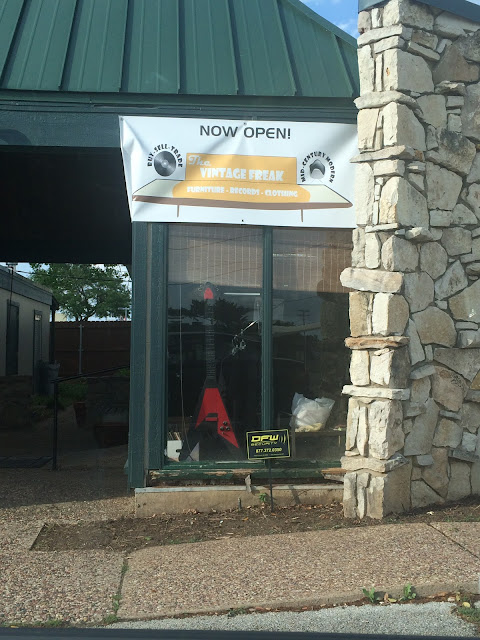 I was immediately greeted by clerk Eric, who I mistook for the owner, given his zest for his occupation (can you blame him?).  He pointed out the new releases and asked if I needed anything in particular, then I had at it.

I came up soon on the Canadian issue of Kim Mitchell's biggest album - I grabbed the US version long ago and have toyed with ordering this version online (as I figured it downright impossible to find it in the states, much less in Texas!).  And for only $4 the deal didn't even make sense!

I continued to browse the store and could not help but to admire greatly the A&M monument they had on the wall - too many copies to count of the TJ Brass classic. 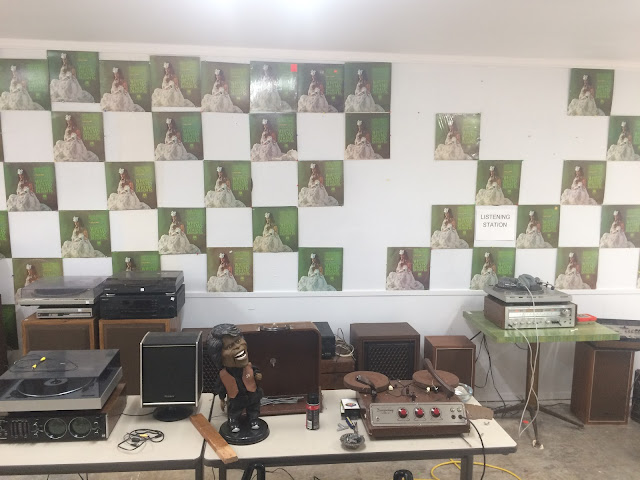 Eric later took me aside to show me a collection of stand up arcade games they are putting together - this reeks of an successful idea back home of which they could not possibly be aware - I only wish I'd be around to pump quarters into these things! He said the collection will eventually be moved to the open storefront on the street front which I had driven past. 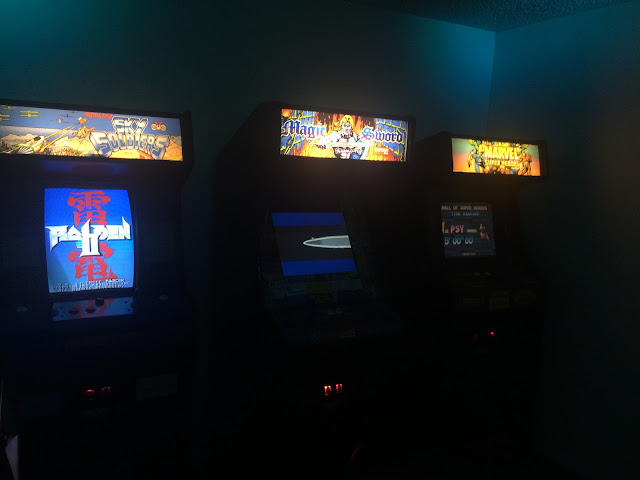 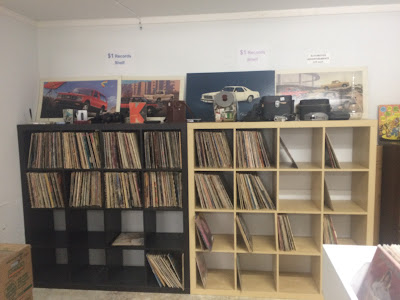 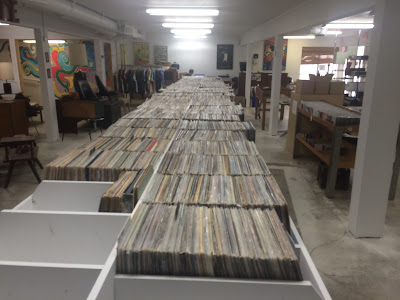 The Vintage Freak also has a large amount of Pyrex - another obsession of mine. I grabbed a piece for my girlfriend's birthday (the next day, when I would fly back) to add to the bounty of gifts I had already accrued.  I paid my tab and was ready to leave when Eric pointed out a few new boxes near the front door which contained a plethora of Engelbert records! I swiftly grabbed a promo version of an Epic album I already had as well as a comp I had never seen before which I also had to add to discogs! Scores abound! The Vintage Freak is a world class record store that would succeed in any market and I consider it a privilege to have visited and picked up a few items.  I hope one day I can return.  Until then, I wish them only the best of luck in their future business. 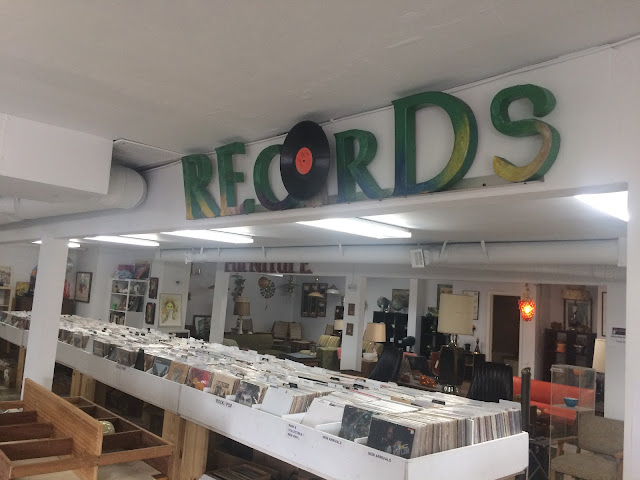 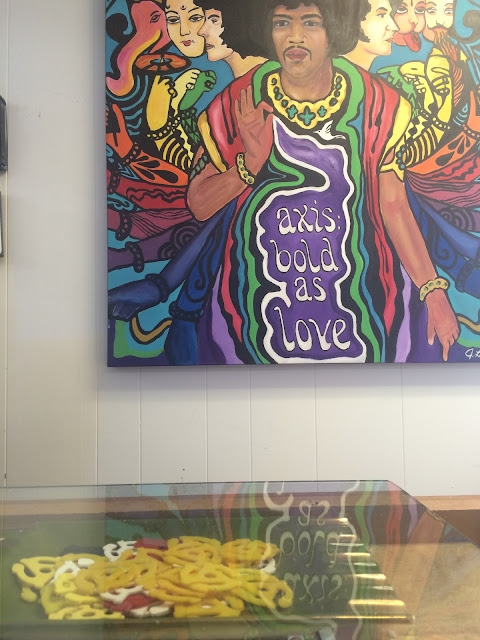 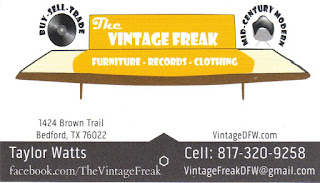 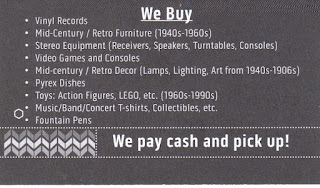 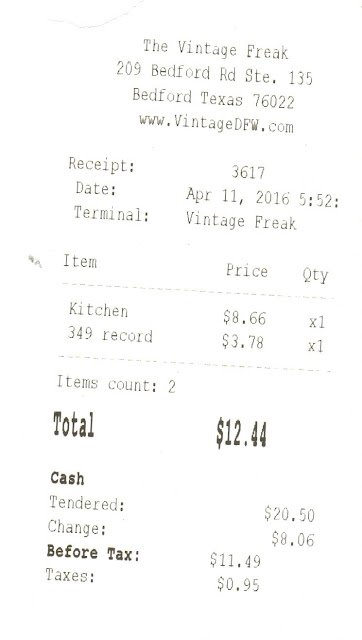 Email ThisBlogThis!Share to TwitterShare to FacebookShare to Pinterest
Labels: out of state, record store, texas