I have hunted in Florida and Tampa a couple times specifically before.  However, those trips were strictly on my own personal holidays while this trip was business related.  My time was precious but my colleague had a rental car which I commandeered and set out to see what I could see! 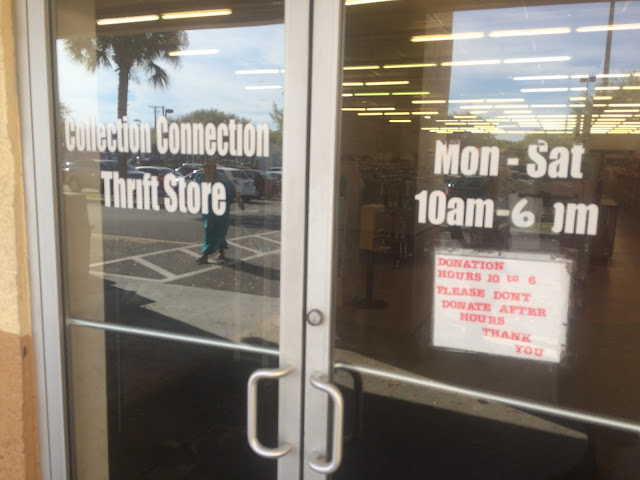 I called the Collection Connection to ask if they had any records and got a 'yes', so I scooted over there.  When I arrived, a woman was outside smoking and as I walked past she stopped me and asked if I was the guy that just called about records.  That's never occurred before - something about me just reeks of records! So in I went and along one wall in the back was a bunch of crates. 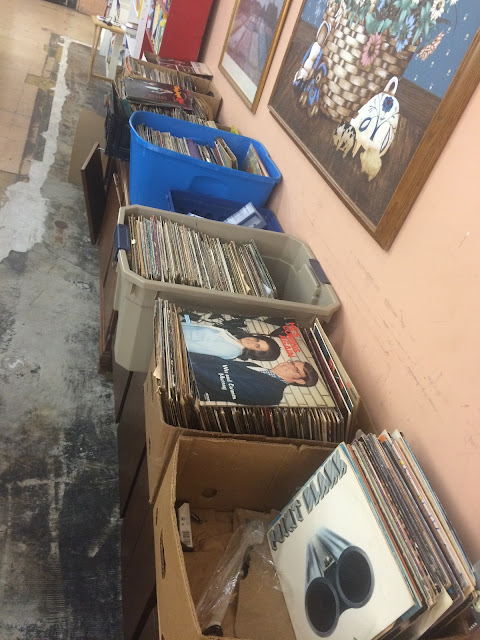 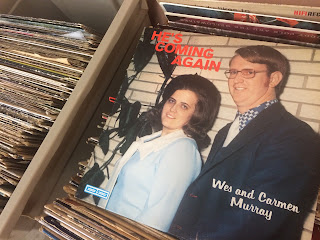 As I walked out (empty handed), the kind clerk asked if I had found anything and I said thanks, but no.  "But wait...there's more!" - she had another stash in a locked case (you can see the Elvis record on top of the pile, shrouded by other junk).  I looked through them all, they were individually priced $10-$25....nothing of interest.  So I made my way out. 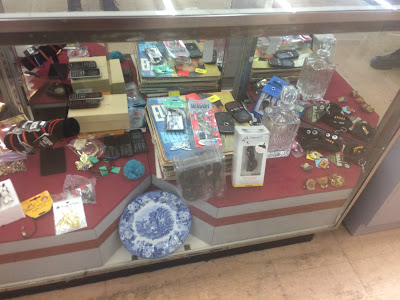 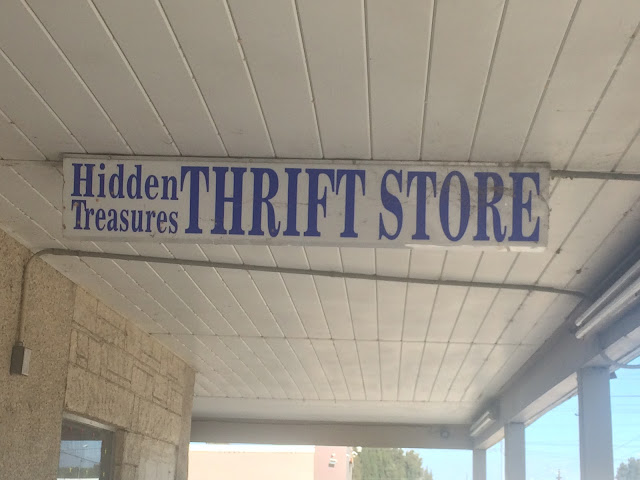 The next day I headed in the opposite direction during some more downtime to check out Hidden Treasures.  This was a much smaller store with a smaller selection of vinyl.  Alas, nothing of interest but still worth the trip (as I seem to so often say!) 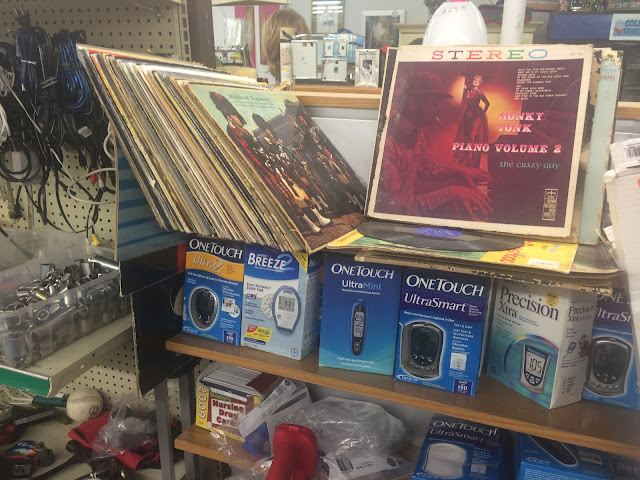 Email ThisBlogThis!Share to TwitterShare to FacebookShare to Pinterest
Labels: florida, out of state, thrift store