After the beating I took in nearby Wausau, only a real masochist would come back for more.  But I had to drive to Marshfield and my awaiting hotel, and more thrift stores lurked there.  How could I resist the brutality? (Answer: I couldn't).

Goodwill Marshfield had some really interesting bins, pinned to a pegboard.  Never saw anything like this before and it is interesting enough of an option to keep in the back of my mind.  The contents however were far less interesting than the containers, save for one rarely seen Engelbert album. 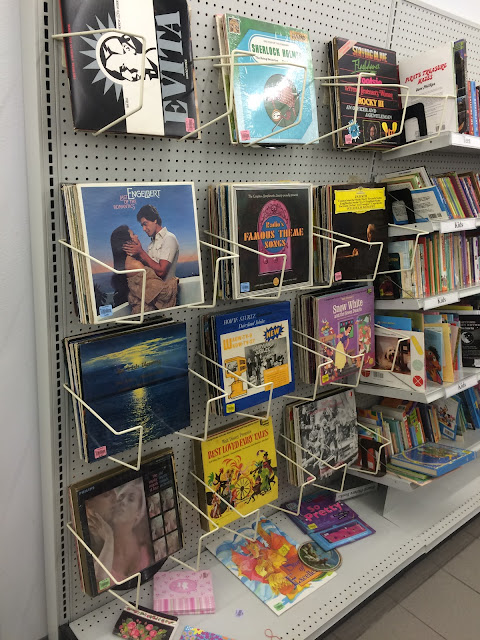 I quickly tried to locate a nearby St. Vincent but when I arrived it looked a lot more like a soup kitchen than a thrift store.  The facility was HUGE but after my inspection I decided there was no thrift store and I was too disheartened to care anymore anyways after 5 strikeouts in less than half a day.  At that point, I gave it up for the night.

However the next morning, after completing my tasks in town, I headed back towards home.  And again, I had to cruise by St. V's, and this time from the opposite direction.  And it was there, high above the road and only seen from a 1/4 mile away by land, or otherwise by hot air balloon or dirigible the beacon I had been looking for. 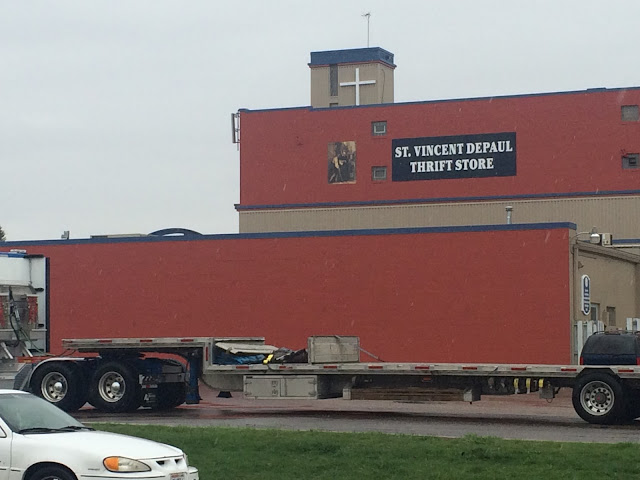 So I parked in front and took a rainy jaunt around the place trying to find the damn door! I finally found it in back (I later learned there was one on the main drag not 10' from my vehicle) and I headed in. 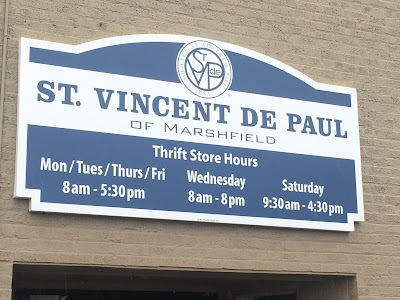 It was indeed a large bin - and while I bought nothing I did find a few worthy of note.  Actually that isn't true - the Tom Jones live record I've owned for ages and I do see it with some regularity.  But when will I find the 2xLP? Never seen one, ever (though I could buy it online for a few bucks I'm sure).  The 5th Dimension album I searched for long and hard before I completed the discography (well, their first 8 albums at least).  And while this is not the Canadian press (which I later attained), I did once hold this Pickwick reissue in my collection after scoring it at a garage sale (and later making it into a hand-me-down to my girlfriend).  And it is indeed a great album, and a potent debut. 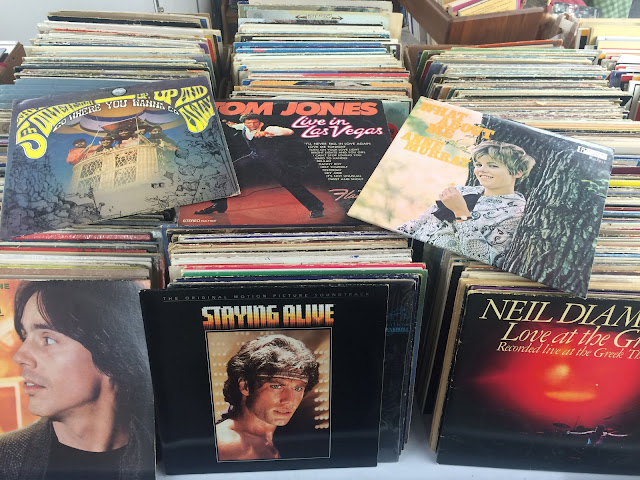