Nearing total exhaustion at the end of my week spent working in the Ruskin/Gibsonton area, I tried to swing by a St. Vincent (Ruskin) and had trouble finding it, then got called back to the job site before I could investigate further.  Later that afternoon, my work finally completed, I spent my last night in the Westshore area of Tampa.  I checked into my hotel and took a shower then immediately took the #36 bus north on Himes to the Goodwill 'Super Store'.

They came equipped with a display option for their vinyl I had not run across in a Goodwill before (though I did see one elsewhere recently).  They actually had an unbelievable handful of vinyl snuggled away amongst the junk. 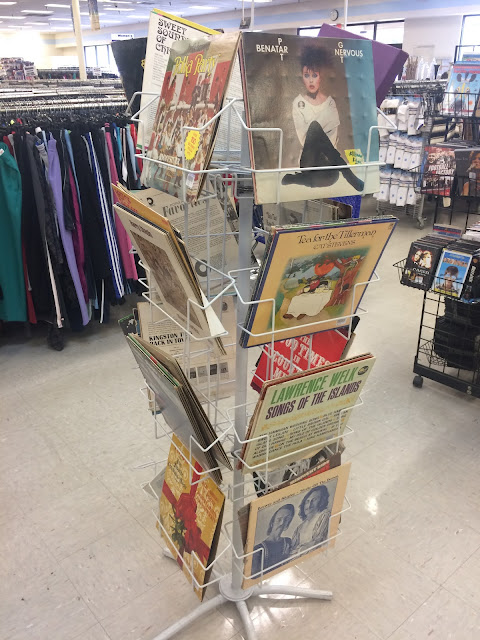 I rambled on recently regarding my hunt for the Johnny Rivers album you see here - of course this one is in far better condition than the one I scored.  The record you see upper right I scored a while back at my favorite thrift store (now sadly closed) and clearly there was an Al Kooper fan in town who donated these because lower right is another of his projects.  That album I grabbed out in Ohio almost a year and a half ago.  I'll admit to not giving the Mike Bloomfield collab album much rotation but 'Projections' I have done some critical listening to.  The closer for side A bridges the gap between a number of genres and can really suck you in.  Highly recommended.

This of course leaves the album upper left which I am familiar with of course but have never encountered in the wild.  When I was a kid, I had a box of my mom's 45s from when she was a kid.  How I wish I still had those! I had the single for the track most famous from the LP.  And as I guessed, the album was indeed worth more than a $1 and I will carry my regret for a while.  As you can see it is in pretty clean condition as well.  I also see now that it was produced by Kit Lambert, On a recent flight, I watched an awesome documentary about him and Chris Stamp who managed and largely discovered The Who.  Highly recommended.

I hesitated to replace an album I just got, only to knock the condition level up a couple points and I also hate to carry vinyl on planes.  I've done it a number of times and I never get used to it.  I am always so scared they are going to get bent in the overhead bin.  Totally irrational but a 'real' worry nonetheless.  So while carrying a single album on the plane seems like too little reward for my concern, I could have grabbed the Arthur Brown album AND 'Rewind', which clearly seems like the right choice now, but alas it is too late.  So go spook what I left behind - it's waiting for you. 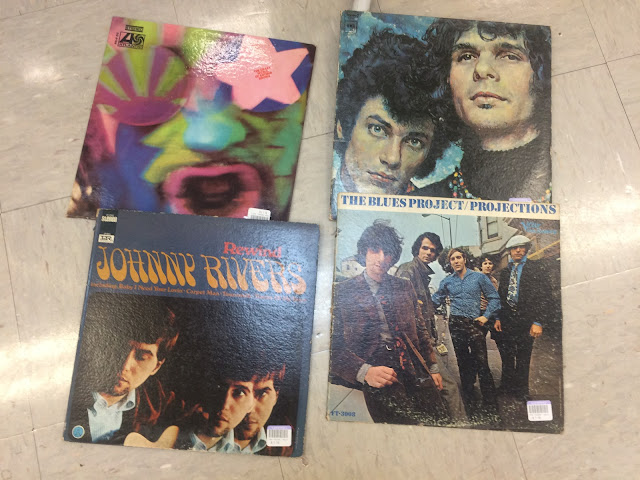 Email ThisBlogThis!Share to TwitterShare to FacebookShare to Pinterest
Labels: florida, goodwill, out of state, thrift store