I don't get out to the east coast very often.  I did check out Albany a while back...and New Hampshire was a blast.  I have been to PA years ago but it was so long ago that I didn't collect records then (did such a time really exist??) and I was closer to the Pittsburg area.  Worst of all, I drove! This time I flew into Philly to do some work about an hour west of there.  I didn't have to be on site until Saturday at 3pm but I've been in the game long enough to know that I could fairly justify flying in the afternoon before.  So while Saturday night I stayed out in Coatesville, Friday I stayed in Midtown.  I got my rental at the airport and sped downtown where I parked, charged my phone and headed out.  There were so many record stores around it was difficult to choose as my time was limited - I had a full evening but that time also needed to be devoted to my other pastimes, like eating/drinking like a glutton.  So I settled on two shops that were geographically close enough and looked interesting enough.  First up was Molly's - it had only a couple reviews and was just under the radar enough to entice me.  So I headed out on a brisk ~1 mile walk and just as I hit the Italian Market, there it was. Truly a 'hole in the wall', this store had exactly what I wanted in terms of selection.  Concise enough not to be overwhelming to a man with an itinerary and a nice enough jazz section that I only made it to 'B' before I found something I want.  I can't believe that my 3000 series collection had been neglected for a full calendar year! I accumulated so much in 2014 and before and kind of put it aside until this February.  I have come across this one a few times, most memorably at the record dump when I found the jacket with no record inside.  I've seen it a few other times, always beat to hell and/or overpriced. $6 was quite fair, especially considering how much OT I knew I'd pull over the weekend.  The clerk (owner?) commented that CTI 'never does anything bad' and while the critics may disagree, I don't.  Stickers are almost a bigger bonus than good vinyl - I'll have to post an update on my locking record case soon which is beginning to accumulate what can only be compared to the stamps on a passport. 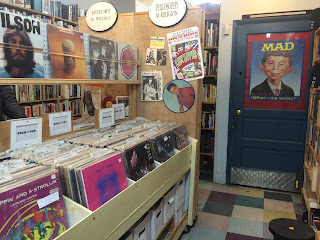 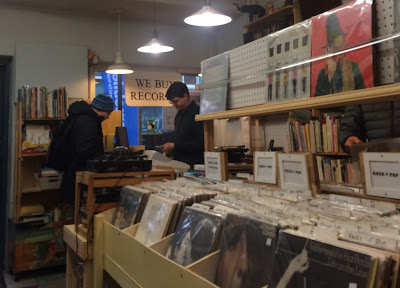 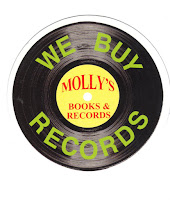 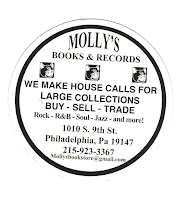 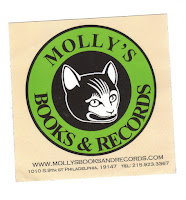 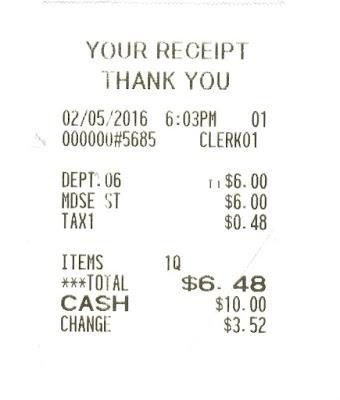 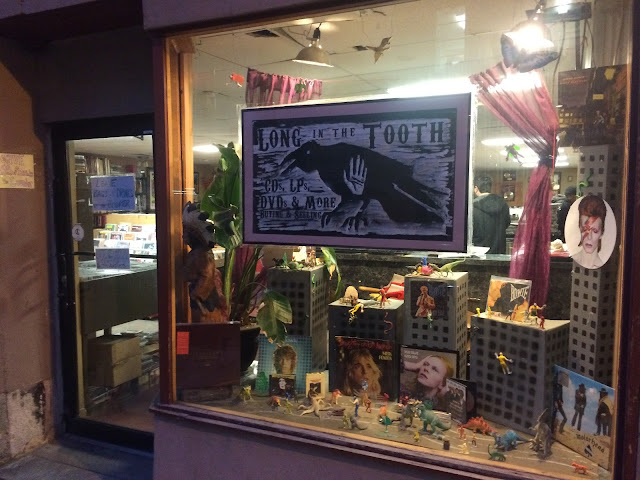 Long in the Tooth was a serious record store, this is the kind of place that you see in films and read about in books, where people hang out and discuss music and whatever else comes to mind, where thoughts mingle and people truly interact.  And me, the stranger in a strange land? I grabbed my security blanket: the jazz section.  And again, I found another reasonably priced 3000 series platter, this leaves only a few remaining...

1) Tamba 4 - We And The Sea
Tamba 4 is a pretty mysterious band.  It does not shock me that in the prime of the bossa nova craze, Herb Alpert or Creed Taylor sent some scouts down to Brazil to bring back some of that 'real, authentic bossa nova', like a baseball team going to the Dominican Republic to find young men who can swing a bat.  But this is real bossa nova, with an emphasis on jazz and improvisation...a real samba/jazz hybrid.  I have listened to this album too many times to count (mp3) but I have never ever seen a copy anywhere in a thrift store or a record store.  I always wonder if it will be stuck in the 'World' or 'Latin' bins (and I always check those anyway for this or other exotic delights) but I have still struck out.  Of course I could cop a copy on discogs or ebay for a few bucks, but what fun is that?

2) Tamba 4 - Samba Blim
Same as above, however I refuse to even check out mp3s until I can buy the record.  Never listened even once, and you know I am enticed to do so.

3) Nat Adderly - Calling Out Loud
I've read that the silver foil that covers this singular 3000 series release is known to flake and peel off.  I've seen a copy, once, at Logan Hardware, but it was a promo and they wanted too much.  If I saw it again for that price (promo or not), I'd buy it.

4) Paul Desmond - From The Hot Afternoon
Saw this once over at Raffe's a year and a half ago.  I'm sure I won't get back till the spring.  And I'd half bet that it might still be there.  I already went back to get a record after some months and it hadn't moved.

4) J &K - Stonebone
Probably the rarest album I've ever added to discogs, still can't believe that it hadn't been added already.  But it's just a little outside of my price range...

After that I hoofed it back to my hotel to deposit my records, then walked down to South Philly to devour cheesesteaks (Pat's is far superior, no contest) and drink many beers at Garage and Ray's.  The work Saturday went a full 12 hours, until 3am when I finally got into my hotel bed.  But it was worth it. 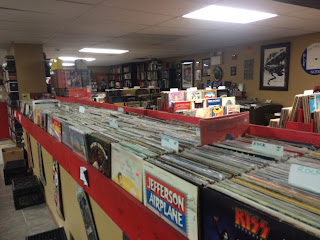 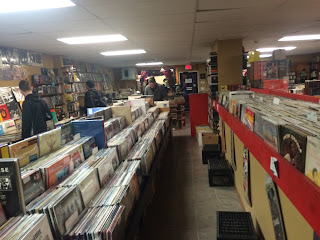 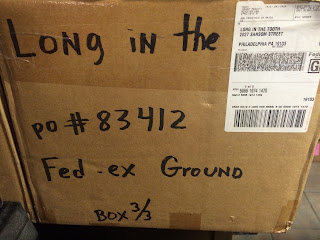 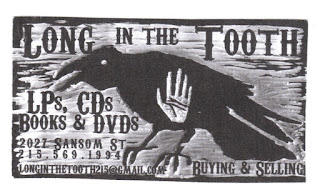