Had a grueling 3-day trip through Wisconsin and Minnesota and took advantage of whatever I could find on the way, which in this case ended up consisting of entirely Goodwill stores.

Day #1 my work was in Sussex WI.  I stayed the night in nearby Brookfield.  This allowed me to hit Goodwill stores in Brookfield and also neighboring Waukesha.

Waukesha presented nothing but a bunch of junk, save a terribly out of place proto-hardcore release from a seminal group.  Of course, record was missing from the jacket and nowhere to be found.  I'd have grabbed this for sure. 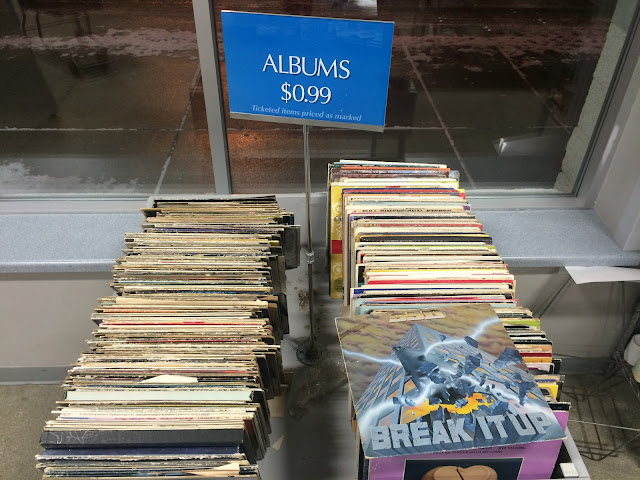 After that I sped back to Brookfield before dinner to hit up that store.  Here I found a near half empty bin, however it contained some interesting stuff.  The Engelbert double album you see here is truly bad: disc one is a live album that contains none of his own recordings and disc two consists of re-recordings of his Parrot years songs which are terribly overproduced and ruined entirely.  That being said, I have only seen this album in the wild one other time and of course I bought it (at a garage sale in Franklin Park, before I even started this blog).  As I now own it, a sighting is noteworthy but that is about it.  Worse yet, one of the albums is missing from the sleeve as well.  You'd think things couldn't be anymore pathetic, but there was a saving grace.

I found first the booklet (which is easily mistakable for a concert program) which comes with the 'Just For You' compilation.  Of course, my copy was missing the booklet.  So that was a score.  But after that I found a totally unreleated Engelbert concert program!  This was a huge score.  But I knew I could not bring these items up to the counter - they were not priced and certainly were not albums, they would not sell them to me.  So I jammed them inside the sad old copy of 'All Of Me' and paid $1 for everything. 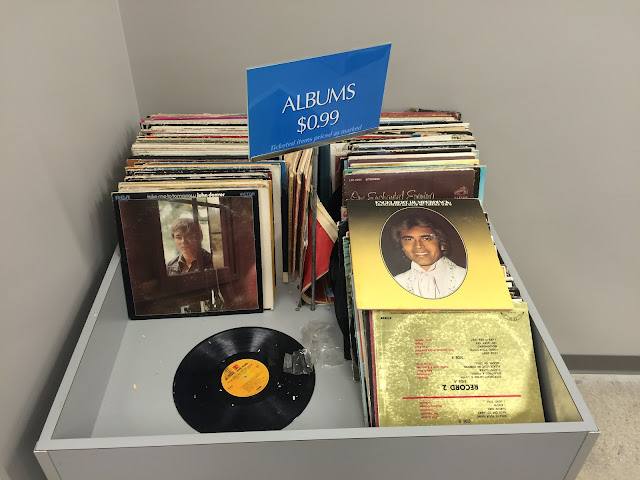 Remember how a minute ago I said that it could not get anymore sad? Well it does: the remaining album has a unique brand of warping that I can only suspect it totally man made, and manually done.  A while back I well overpaid for my favorite Elvis album (ironically also a double LP) and it too has one of the discs with this kind of damage.


On day #2 I drove from Brookfield to Hastings MN.  I did some in Tomah for gas and visited a Goodwill there but they had no records.  I have hunted in the Hastings area before, just a couple months ago.  I really wanted to get back to the Goodwill in Eagan as I left something behind there and have huge regrets.  However, the last time I was out there I flew in to the Twin Cities, which made a stop in Eagan more convenient - this time as I am driving, it would be too far out of my way as it was super cold out and I didn't have a ton of time.  So I stayed in Hudson and worked in Hastings at the end of day #2 I drove to Chippewa Falls to stay my final night.

Like my first night, I was able to hit up two Goodwills in short order.  The first stop was in Eau Claire.  I didn't see much there besides a ridiculous compilation who's contents does not accurately reflect the decidedly not-tough cover.  And an ABBA single I found on top of the shelf. 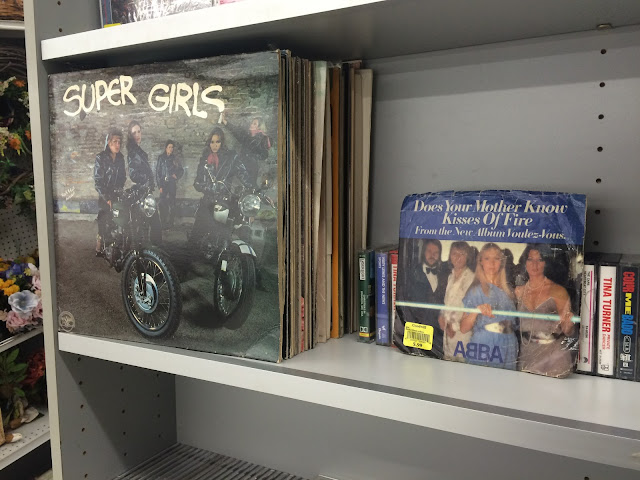 The final stop of this trip and the last place I went before I hunkered down in my hotel with a few beers was in Lake Hallie.  And alas, the last stop was a good one.  I decided to start collecting Bob James albums a few months ago, after looking at them for years in record stores and bins.  I am all too familiar with his work (discogs.com says I have 16 releases with his credits on them but less than half of those are his own albums) - I've had his early stuff downloaded years before I even seriously collected records.  Of course those early releases are prized and can fetch a few dollars so they aren't usually found in thrift stores.  He 'counts' through the titles of his first eight albums and I've been able to scoop that one as well as five and six in thrift stores in the past few months.  I decided that those first octet of records would be my limit, save the two collaborations with Earl Klugh (which I also have already gotten quite easily).

Anyway, the Bob James lesson is done; the punchline is that I found a near mint copy of 'One' for $1, even has the original CTI inner sleeve.  No reason at all this should be in a Goodwill anywhere, best of all it was right in front, didn't even have to search for it.  You can see it sitting below where I set it momentarily to snap a pic.  I was tempted to grab the album, lower right, for its lead track (my jam of the moment, admitted unabashedly) not to mention the duet on track B1.  But my soft rock collection is good enough for now.  A man must have limits. 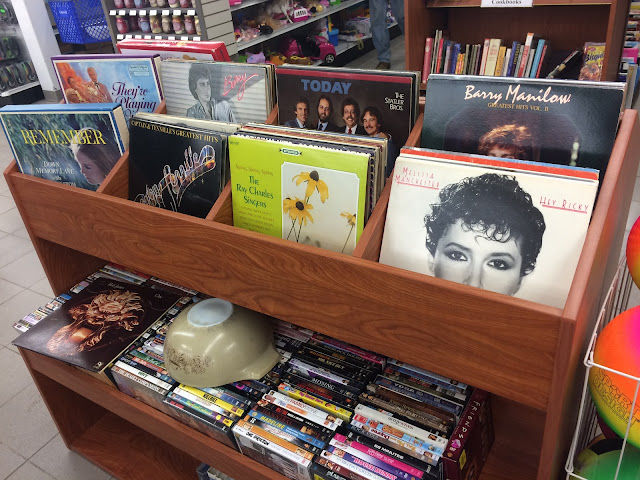 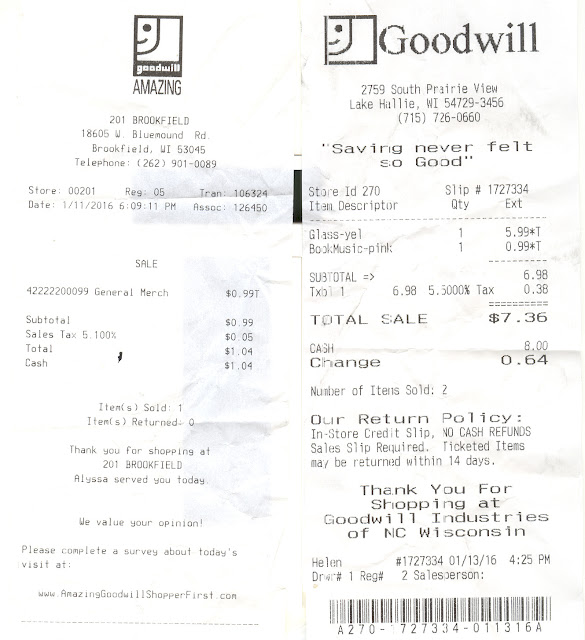