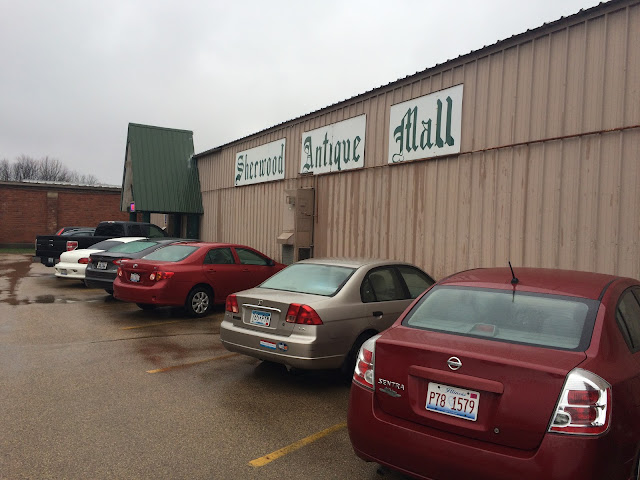 The day after Thanksgiving is always a good day to thrift.  I was out west - last time around I investigated some cool antique malls in Geneseo.  This time, we headed over to nearby Princeton and a spot I found on Google maps with little other info to give.

We were not disappointed.  As expected, a good portion of the vendors had records.  You had to double back sometimes, it might be just a small stack tucked somewhere, and amongst the other bric-a-brac sometimes they would just blend in.

Early on, I found what would be my biggest score: a Sweet Adelines album from 1955! It is pretty beat up but its more than playable and for $1 you learn to ignore some shortcomings on the packaging.  I saw some other possibilities throughout the day but nothing I took very seriously.  My girlfriend grabbed some vinyl and I got some Pyrex as well as a vintage Budweiser glass which I enjoyed drinking out of that very night. 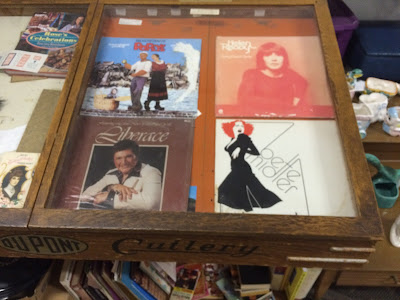 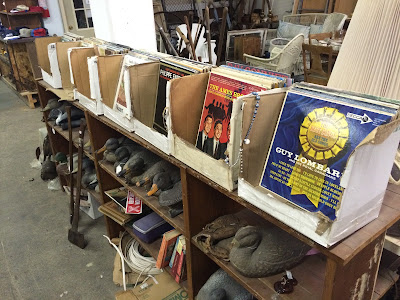 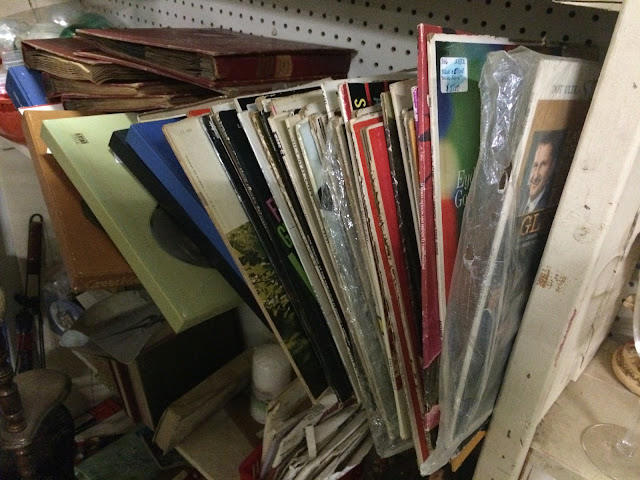 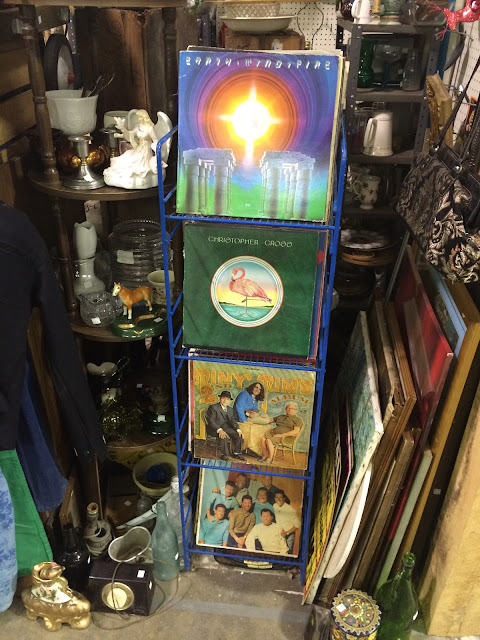 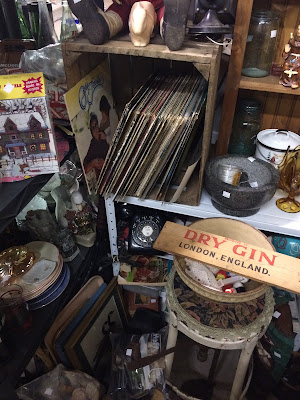 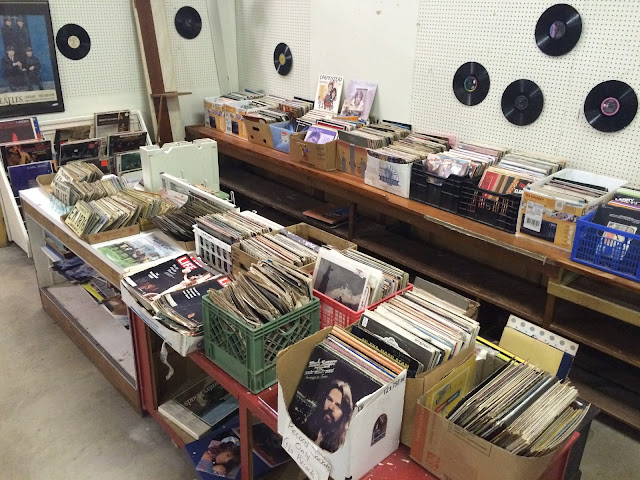 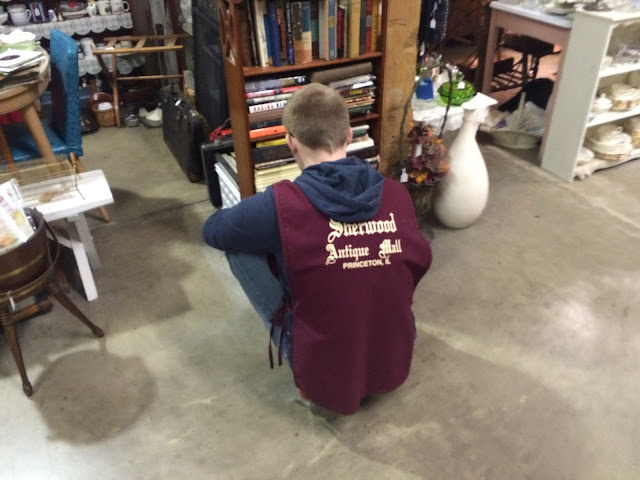 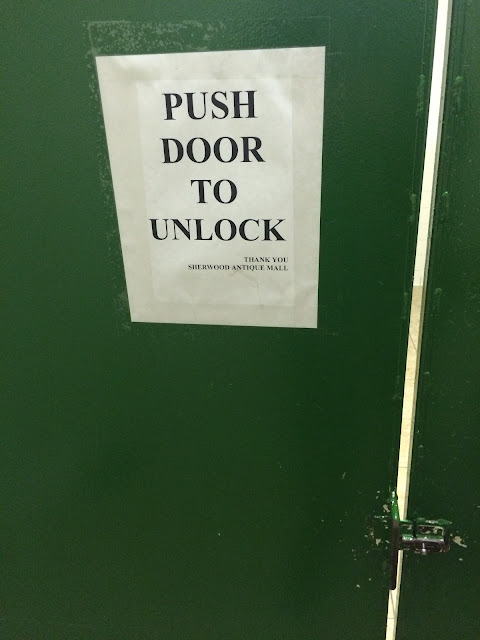 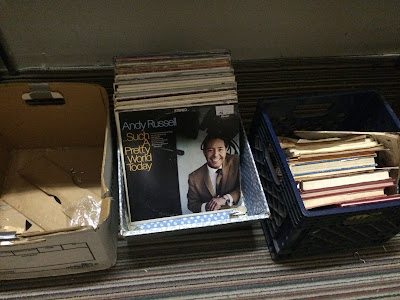 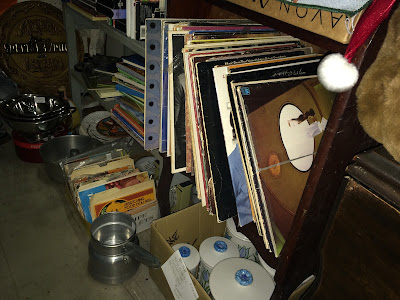 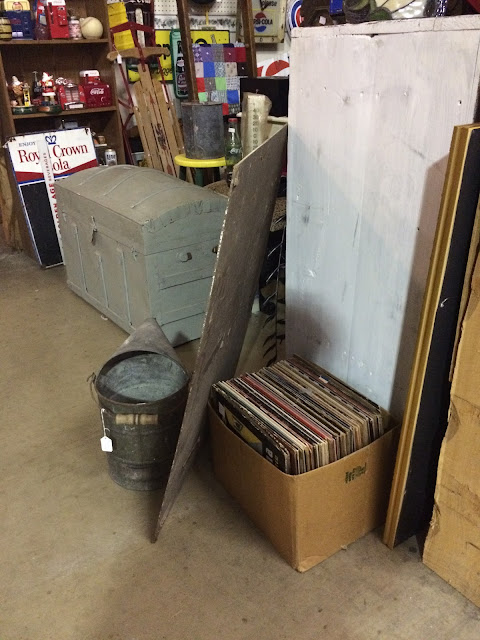 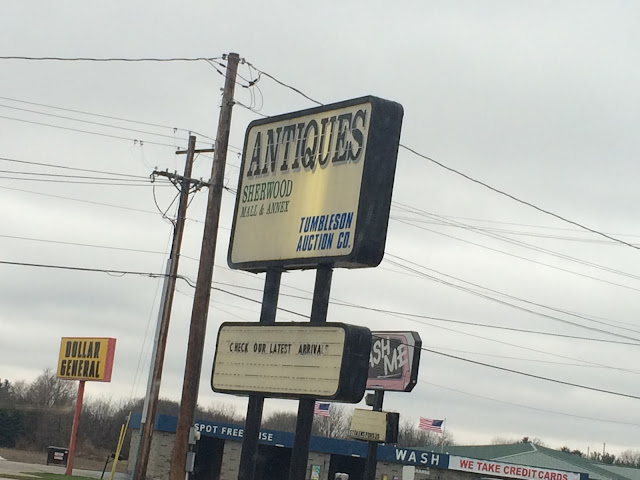 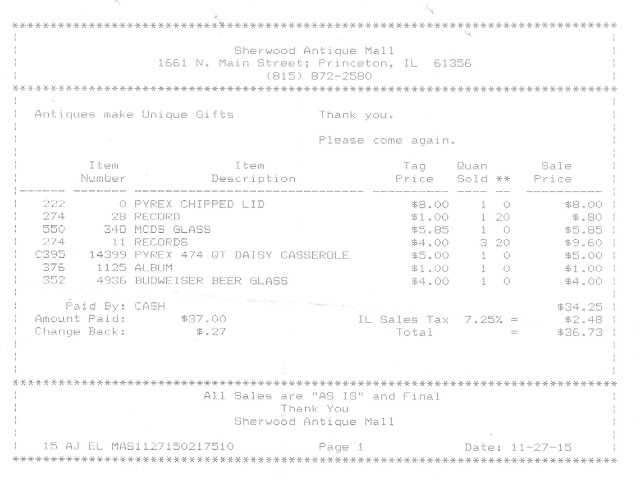 Email ThisBlogThis!Share to TwitterShare to FacebookShare to Pinterest
Labels: antique mall, outside chicagoland