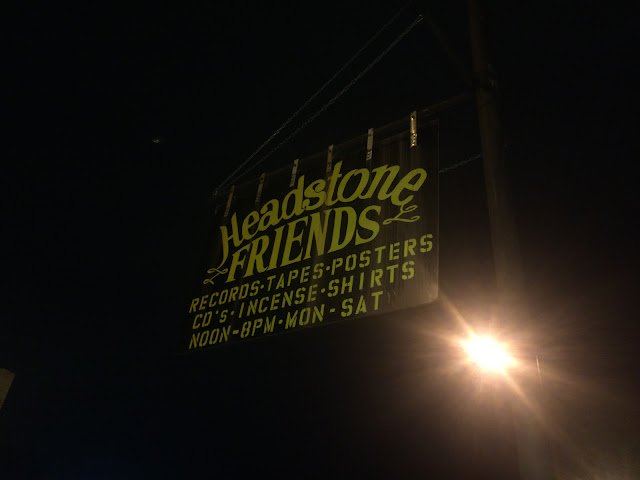 My trip started in Robinson - when I struck out at two antique stores, then found that the local Goodwill was closed for their annual Christmas party, I hauled out of town.  Robinson is a rare stop on my journeys where I could not find a Marriott or Holiday Inn to stay in anywhere nearby (yes, I am a pretty loyal rewards member for either chain) so I had planned to drive all the way to Terre Haute (about an hour away) to stay the night.

I got into town and found that there were actually three Goodwill stores in about a 3 mile radius (two of them were on the same street, about 2 miles apart.  I stopped at the first and they did not have any records! I don't think I've ever seen this happen at a Goodwill, ever.  I was starting to feel like calling it a night, I was in need of foods and beer and my hotel room television set.  I even cruised right by the second Goodwill and then I decided I'd try to look for an actual record store to mess around in. 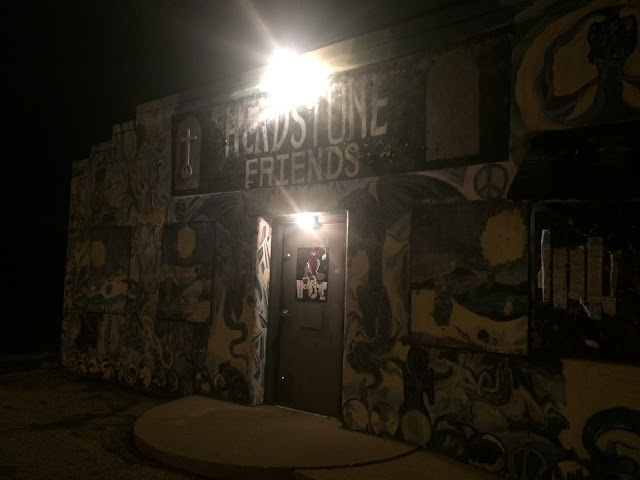 Headstone Friends is as peculiar at the name.  In a barren part of town, the building is small and has no windows.  It was really dark on the corner there, no streetlights on the sidestreet where I parked and for the 17,443rd time I asked myself "where the hell am I?" and wondered about this odd habit/hobby/obsession and the places it brings me.  Then I opened the door and went inside.

The only thing I can compare this place to is a small joint in my neighboorhood who also sells a combination of junk, records, posters and pipes for your marijuana.  Headstone Friends leans a bit more toward 'record store' than 'head shop' comparatively, but the selection is pretty grim.  They do have a network of bins set up which is nice but they clearly raided the local Goodwill that I could not find any vinyl in.  Johnny Mathis and Jack Jones records are just as bad if they are jammed into the square bin at the thrift store or carefully organized.  I can't think of a single thing I saw that was even moderately interesting and I went through every single record in the place.  Maybe I should have come to shop for a new bong and I'd have left more satisfied. 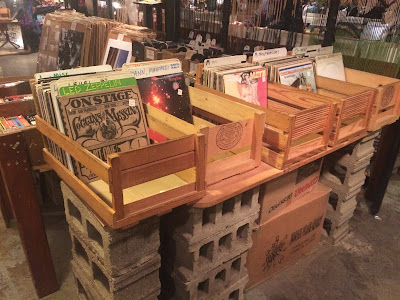 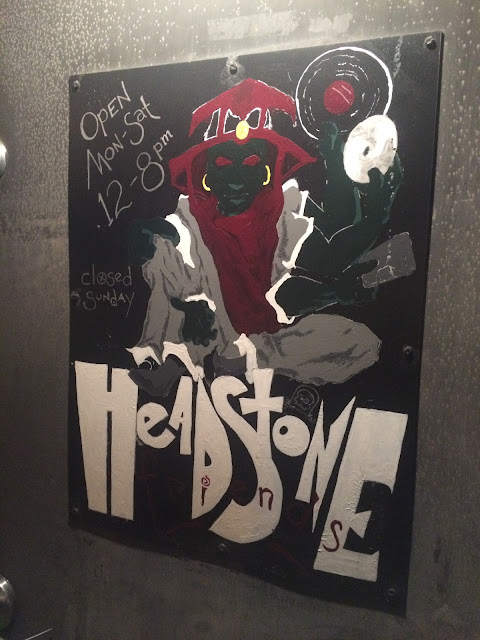 Email ThisBlogThis!Share to TwitterShare to FacebookShare to Pinterest
Labels: indiana, out of state, record store