At this moment, I am drinking a beer with the Blackhawks game on behind me.  Just got done taking a shower and shaving, after dinner.  I completed a lengthy and overdue post on my two day adventure in New Hampshire recently and I know that today has been damn near perfect.

How many times have I blogged about waking up on a Sunday, anxious for more unknown territories but with so little left to explore?   Well we continue to find more, so apparently more remains.

Our original plan was to head up to St. Vincent in Libertyville.  We headed up that way and before long I saw that Goodwill Buffalo Grove was more or less on the way.  But when we got there I saw that I had misread Google Maps - this location was only a drop box, not a thrift store.  I was determined to hit somewhere new on the way to St. V's so I rerouted us to the nearby Palatine Goodwill. 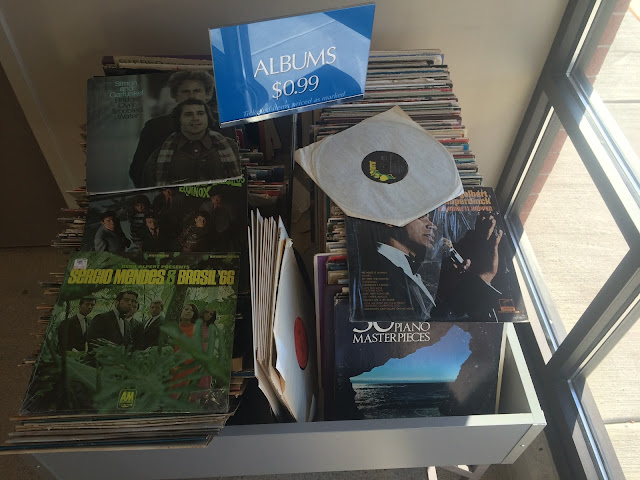 The still in shrink (but opened) Eng was tempting but I already have a combined three copies: my standard issue which I got as a gift (sourced at Andy's) and which sparked my interest in Eng; a sealed copy I got at the record dump and the UK version (eBay).  So I had to pass on that.  There was also a copy of 'FFFF' hanging out with its jacket nowhere to be found.  And that copy of 'Bridge' was totally unglued - it was in decent shape but needed a glue stick-ing badly.  Seams weren't ripped at all, just clearly pulled apart.

Neither of those Brasil '66 albums are mono: I already have stereo and mono for the debut; I need a mono copy for the second.  (I also have a funky reissue with alternate cover for the second as well, but that is another story).

At this point we had gone a bit off track and I detemined that going all the way to Libertyville would just be too much.  We had Sonic for lunch and then stopped at Goodwill Arlington Heights.  I have meant to stop here so many times but never have.

First I was greeted with this unknown album - oh so carefully lined with tin foil and taped on meticulously.  The record otherwise bore no explanation of the music contained therein (though I didn't care enough to check the center labels. 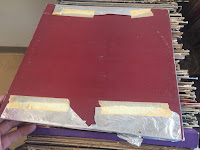 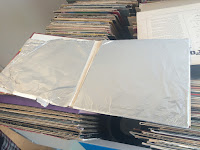 Even better is this WW classic made into a record sandwich.  Who treats their vinyl like this? My copy is well cared for. And why should we not put them in a concentration camp somewhere? So rare to see any WW in a Goodwill - this one is too far gone.  How sad. 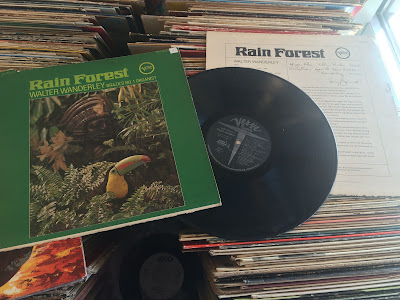 What was not sad however was that I found something: I now have stereo and mono for each of Roger Miller's first three albums.  I did some research and came up with a chart to show where I got each.  THIS is the fun of record collecting: These records aren't worth much, but it took me about a year and I found the six records in four different states!

But I'm still not done: I need the alternate cover for the debut and I want it BAD. 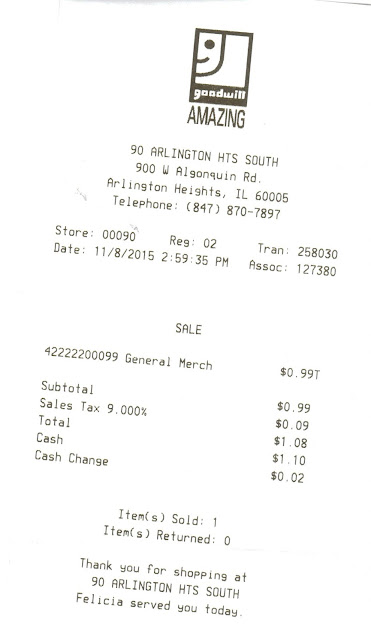