On the way out to McComb, I made an array of stops at some old haunts and some new ones as well.
A year ago I had stopped at a Goodwill in Waseon OH (I swore it was a Salvation Army which led to great confusion on my part in attempting to retrace my steps.  Good thing I have this blog to hold all the memories my brain cannot).  I had seen a bizarre release there which bothered me for the full year and I hoped it would still be there.  No shocker to know that indeed, it was not there at all.  Probably tossed into the trash heap when no one turned up to take it home, like a forlorn orphan.

Community Thrift in McComb is one of my favorite anywhere but alas they are closed on Monday.  There was probably no need to bother with the place as I know the guy that provides the supply of vinyl but I just can't help it.  Anyway, I hoped I'd have a chance to stop in on Tuesday before I headed back towards home but as I drove by Monday they were open! This worked out well as Tuesday got hectic and there would have been no one for me to stop in.  I didn't see anything I wanted but the old woman who has eternally watched over the place assured me that new records would be in soon and I had ought to stop back in! I thanked her and bid my farewell. 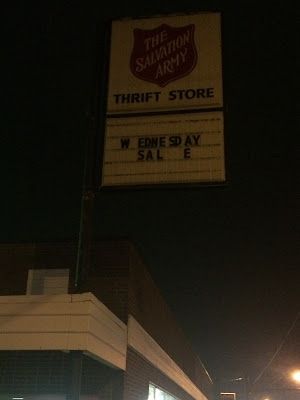 Back in Findlay the only place that came up was a Salvation Army.  But when I got there, I remembered the place.  Again, I checked my own blog as a guidebook to figure out what I had seen in there.  I could find no entry for this shop.  My previous trip was a year earlier, October 2014.  Before that, I was around in the late spring of that year and this is when I had come to check out the store.  I remember sitting in the parking lot before they opened talking to my girlfriend before I headed to Bowling Green.  The only thing I can think is that I either never bothered to go inside, or I did and couldn't find the records (don't know that this has ever happened before).  So I was going to pass it up again but for whatever reason I defied my own impulses and checked it out.  Tons of vinyl! 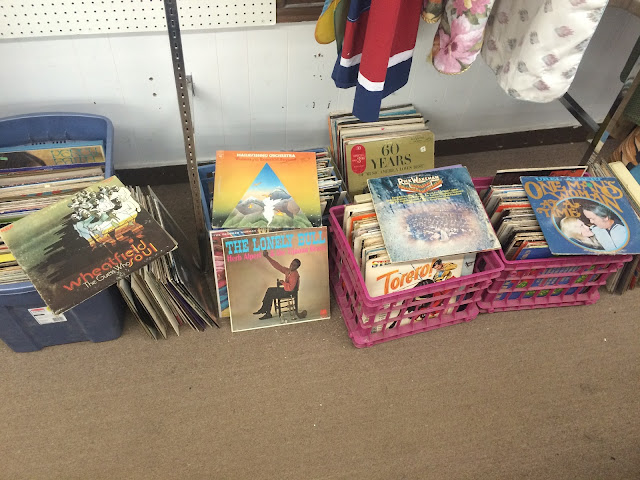 I almost jumped on the Guess Who album over track B3 which is one of the finest and most indepth tribute songs to another artist I've ever heard.  The Mahavishnu album would have been a treat if I didn't score it earlier this summer. And old Urel Albert caught my eye so I snapped some pics and added it to the DB myself later that night.  Anyway, I ended up leaving empty handed (and contentedly so) but I am glad I took the chance on stepping inside when everything told me not to bother.

Now content with a few stores under my belt, I just wanted to head to my hotel for a few beers and some shut eye.  But as has happened before, all of a sudden there was a Goodwill so I swerved in and parked.  I swear I had checked and could not find one in Google Maps but this did look like a new store. 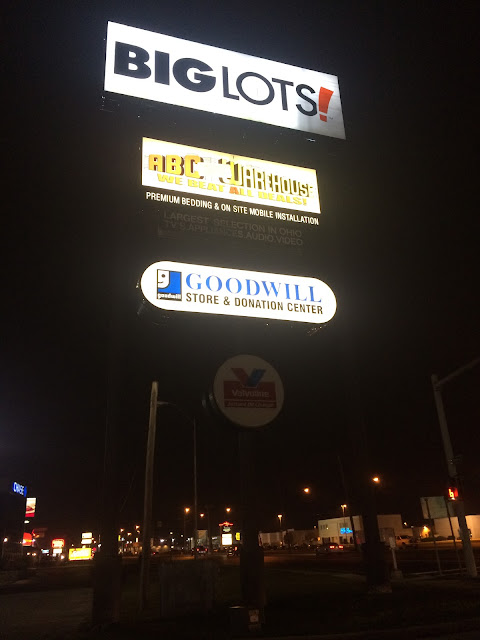 The place was new but the 'media' section was pretty bombed out.  The books were sparse and a mess.  As the vinyl usually resides near them, I felt my heart sink when I saw them nowhere in sight.  Then, along the back wall, I saw a giant heap of trash amongst which was a small stack of vinyl! 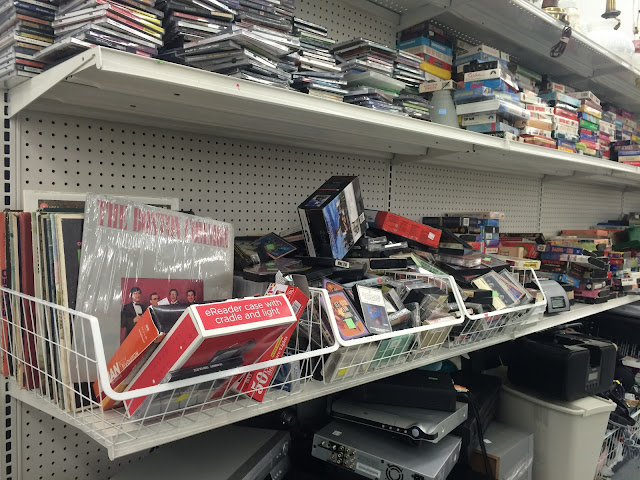 And my prayers were answered - a classic barbershop record! I hoped wildly that another was further in the stack but nothing doing; still, I was happy with what I had. A trip well explored pays dividends! 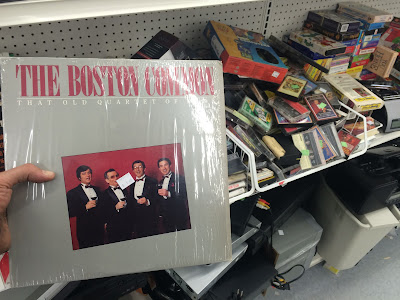 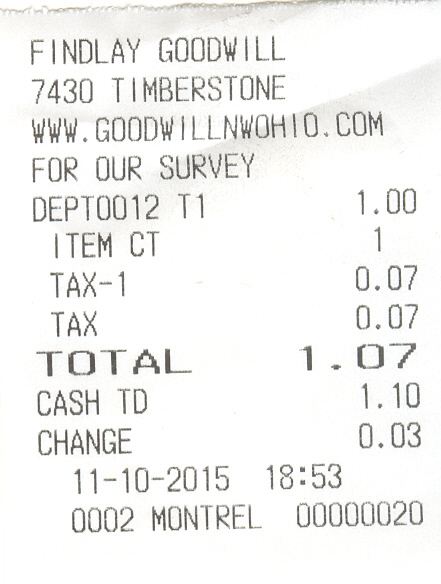 Email ThisBlogThis!Share to TwitterShare to FacebookShare to Pinterest
Labels: goodwill, ohio, out of state, salvation army