Started off at the Goodwill in Eagan MN.  I got into town a few hours before my colleague so I grabbed the rental car we were sharing and headed over. 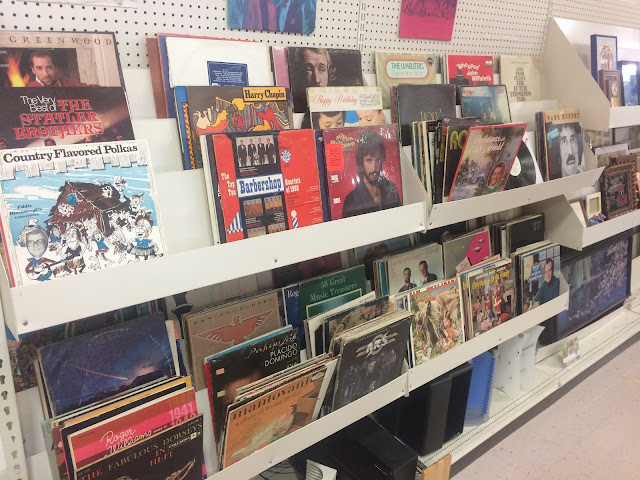 I instantly hit it big with some polka platters and even some barbershop! As I have done more than once, when I start seeing a lot of polka, I always hope for some of the homegrown variety.  And my prayers were answered with not one but two, neither of which I have been able to add to the discogs database previously.  Neither show dates but based on catalog numbers they are both likely from 1974 and are in supreme condition. 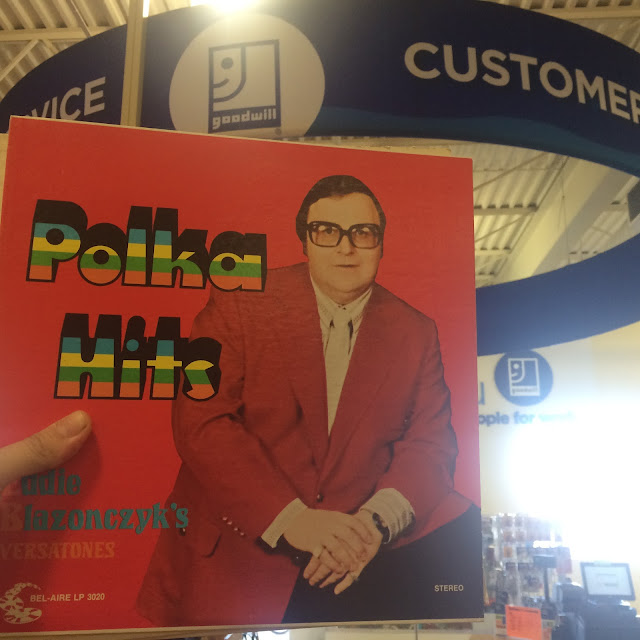 I started noticing some barbershop and jumped with delight.  I have so many of the Decca 'Top Quartets' albums but I knew I had this one without checking - the Mark IV song is one of my all time favorites.  This is the final year before the SPEBSQSA took over the release of the albums.  I will admit to buying some on ebay but I actually found this one at a thrift store as well.

But I knew (like with the polka) that where there's smoke, there's fire! And I hit the jackpot about 30 seconds later...I have 2 of the 3 Sidewinders albums already and I could not believe I happened to find the only one I needed.  This is at least 10 years older than the polka albums I found...one seam was torn but I couldn't care less.

Unfortunately the rest of my trip was not quite as good as this beginning.  I stopped by the Goodwill in Hudson WI where we were staying - they were using magazine racks and they were JAMMED.  Some of them were so far in the corner I couldn't even reach in there.  I did my best and probably checked 50% - all junk - so I rolled out of there. 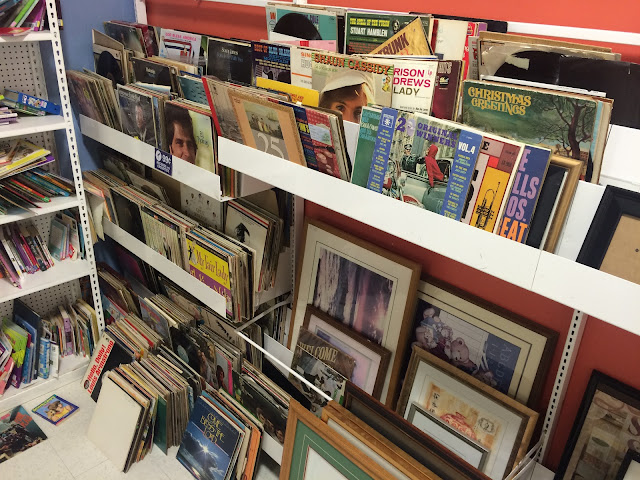 Almost not even worthy of mention was my 30 second stop inside the Salvation Army in Hastings MN where we were working.  One crate - all religious and/or junk.  Yuck. 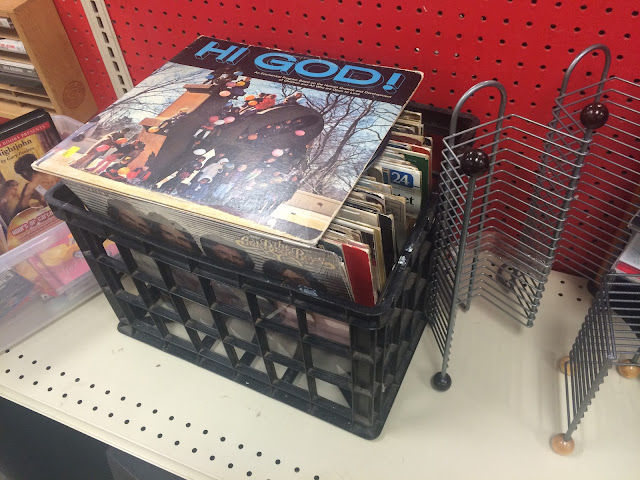 Email ThisBlogThis!Share to TwitterShare to FacebookShare to Pinterest
Labels: goodwill, minnesota, out of state, salvation army