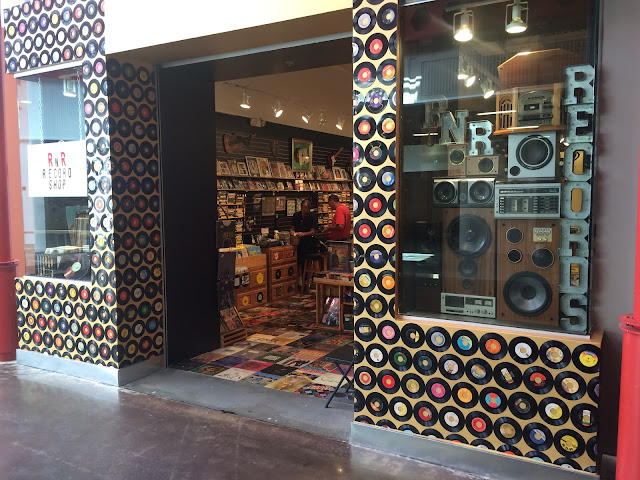 A year ago, I conquered a trio of O-Town record stores all within a triangle near the Lynx Central Station.  Frustrated with the lack of thrift stores, I searched Google again, much as someone looks into their empty fridge, hoping some scrap of food might miraculously appear.

Well one did for me, but it was quite odd.  No website, no store hours, no Google reviews and only one Yelp review.  Even the Yelp review was about 8 months old.  What was I getting myself into? I had to find out.

Turns out that the shop is inside the Artegon mall.  I got there a bit before the mall opened and had to bide my time outside, watching person after person try to open a locked door, as if the previously person didn't try hard enough.

I got inside and checked the touch screen directory to see where the place lurked.  I had a sinking feeling it might not show up at all. It did! 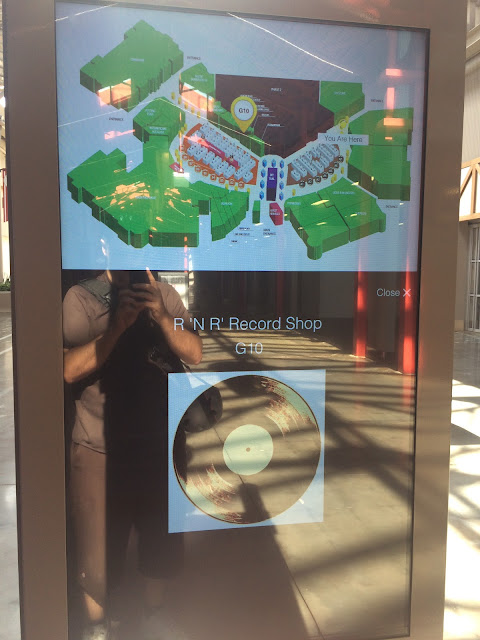 I got to work in the jazz section right away.  I came across a George Benson album right away and figured this might be the best thing I'd find.  But I rolled the dice and put it back to see what else I could find.

Kind of strange was that while although there was a bin for 7" records, some were literally bundled with LPs by the same artist.
All the Eng was overpriced and I had it all anyway.  I didn't see any mono Tom Jones albums I needed or even the damn live album I have been searching for forever.  What I did find was one of the 6 UK Tom Jones albums, of which I have exactly zero.  That is until now, I grabbed mine for the super undervalued price of $6.  That may not be undervalued on the world market but it is for this store.  I had to check it over about 20 times to be sure I wasn't just confused because I couldn't believe it.  What a grab!

I glanced through the country and the 45s.  The shop keeper pointed out another bin that 'might have some jazz' and I looked through there but I was happy with what I had and at that point only would have grabbed something I really needed.  So I went to ring up. 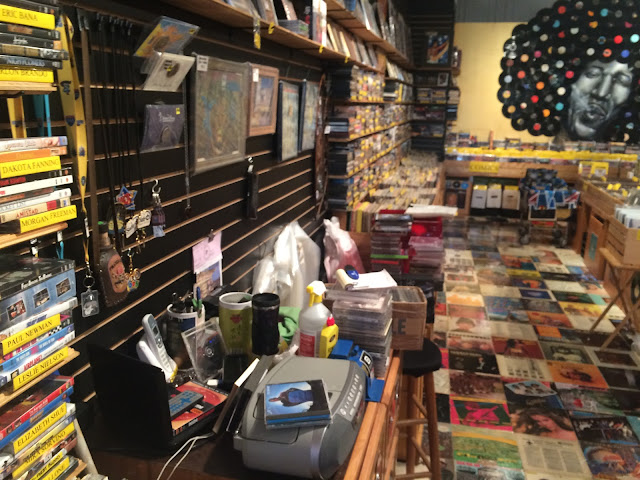 Turns out the $6 included tax so that became a bit more digestible.  Then things got really cool.  I saw some business cards and was about to ask for one for my collection when he gave me one.  Then he gave me a sleeve for the record and a hand written carbon copy reciept (my favorite).  After all that it went into another plastic bag which he carefully taped a postcard style advertisement to.  But that isn't all.

Then he gave me a mint piece of chocolate! I don't even know what to say...this just became the coolest record store visit of all times and well worth the 25 mile round trip bike ride it took to get there.  Not to mention Too Short was playing quietly the entire time I was in there.  That didn't hurt.  I am here all week and I have three stores on deck for tomorrow: a new thrift store, a new record store and a record store I previously visited.  It will be post #200 - stay tuned! 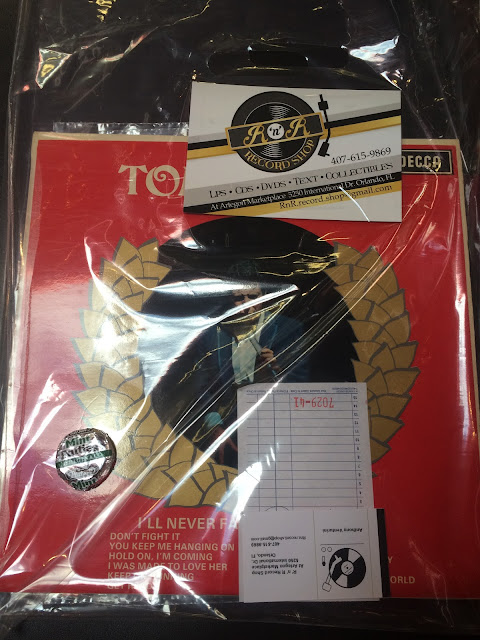 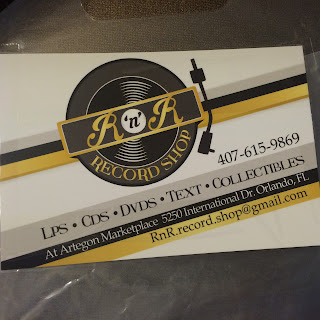 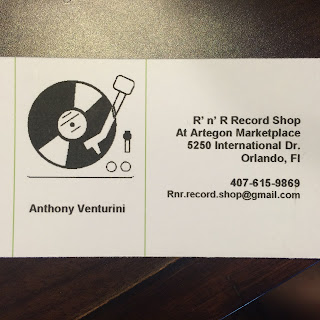 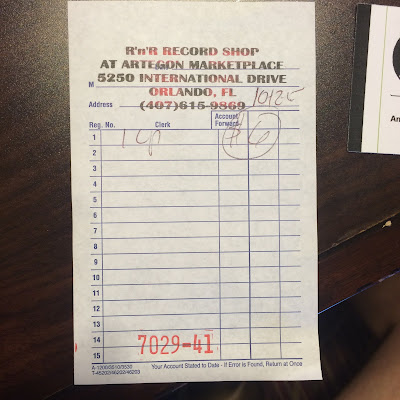