Another all too brief whirlwind tour of a major metropolis - Atlanta was on deck recently with limited time and massive intent.  Hit a full circuit in a short time per my usual MO.

Landed in Atlanta and made my way towards Powder Springs.  On the way, hit up Goodwill in Hiram.  Nothing much to see here (though I did pick up an old cookbook). 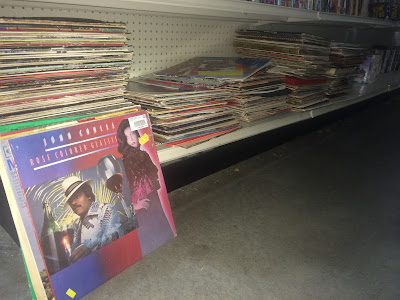 I snuck over to St. Vincent in Dallas (Georgia) afterwards and was greeted with some Rubbermade totes containing nothing of interest or so I thought.  Little did I know one of the two gents on the cover is none other than Jay Graydon.  According to discogs, I own 7 releases that have his performances/credits on them.  I do have a soft spot for 80s soft rock anyway....damn, shouldn't have let this one go.  Looks like its worth a couple bucks so must not be too many around. 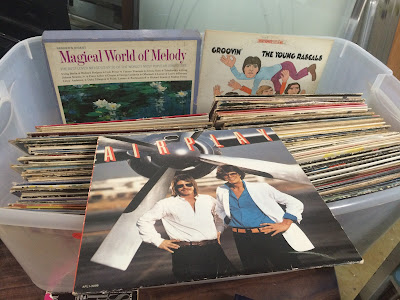 After that we did our business in Powder Springs then made our way to our hotel in Marietta.  Once we were checked in...what to do? Thrift again, and again! I headed to another Goodwill, this one in nearby Smyrna.  Nothing here but some old Johnny Mathis joints and other stuff. 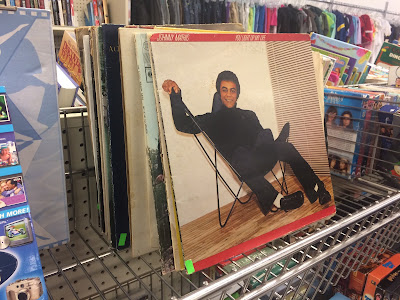 Then I headed back across town towards Marietta where I hit my third Goodwill in 2 days! This place was odd...I couldn't find any vinyl and was about to throw in the towel when I found them.  They had a nice stack at every register so you'd see them on the way out.  Don't know how many impulse buys you are going to get on old country platters but I commend the thought.   I did dip through an antique mall in the same strip called 'A Classy Flea'...came up empty again! 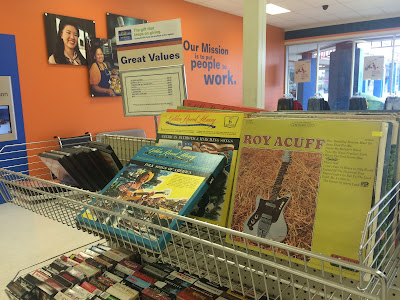 Just down the street was another strip mall containing Furkids Thrift and the Marietta Antique mall.  I didn't hit the antique mall as I was getting pressed for time but I did stop into furkids.  My my...what a bunch of useless old vinyl.  Another strike! 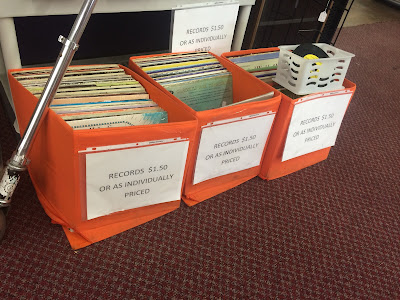 It was becoming almost laughable how bad things were going for me...I got desperate and started searching for record stores instead of thrift stores.  One place came up, just down the road...'Book Nook'.  I've been in book stores that held records before...I didn't feel I had a guarantee they would have anything but it was close enough to just leave the car parked and walk.  So off I set. 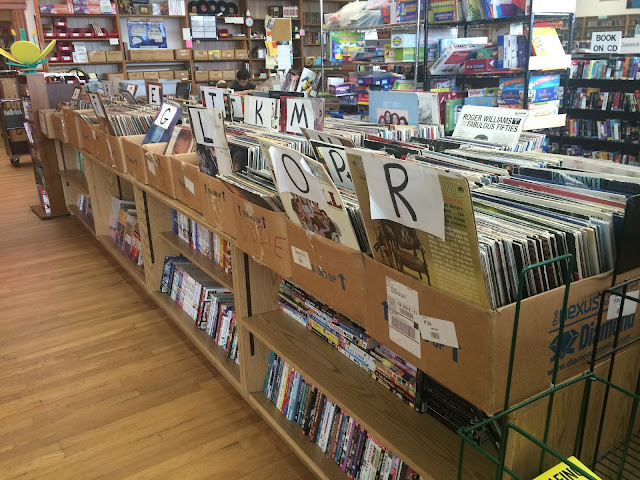 Whoa! I couldn't believe what I found.  Loads of vinyl.  I can believe even less that I bought nothing after I dug through that entire mass of vinyl.  Or maybe it is believable....sometimes a trip just doesn't work out, or maybe I have better self control than I used to.  Still worth the trip and the pics are my evidence!

Email ThisBlogThis!Share to TwitterShare to FacebookShare to Pinterest
Labels: georgia, goodwill, out of state, thrift store