If my time in Atlanta was limited, Albany even more so.  Most would have said 'forget it' and given up on digging for records at all.  I didn't even have a car! I was stuck at my hotel but guess what: Goodwill was only about 1.5 miles away! So I headed out.

As I walked down the road I immediately encountered a Habitat For Humanity store.  I am familiar with these but I think they mostly sell furniture and not household items.  But what the hell, it was on the way. 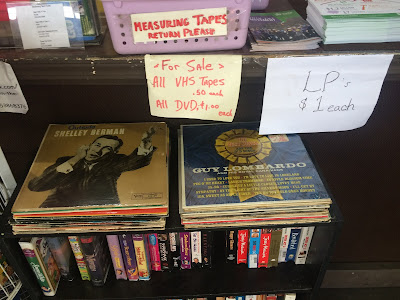 As you can see, they did indeed have a nice stash of records.  But alas - junk! So I moved onward.

I stopped for lunch a little further up the road and I noticed a sign in the road.  I quickly consulted the map; unfortunately this place was close to 5 miles away.  Kind of odd they would advertise so far from home - this one would have to be skipped. 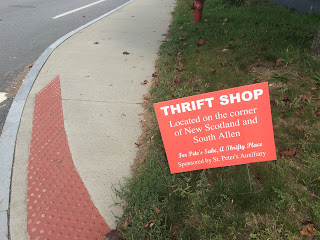 I arrived at Goodwill shortly thereafter.  They had a nice stash of records, around the corner and just inside the door.  I dug and dug and as I always do, I finally redeemed myself. 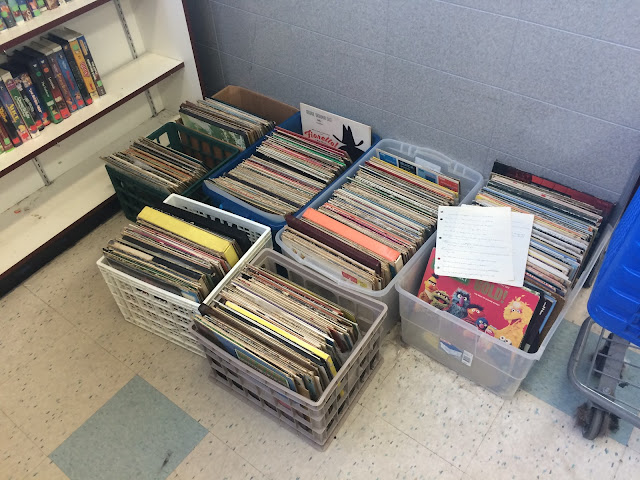 In my lifetime I must have touched or held at least 500 Engelbert records.  According to discogs, I have 80 appearances or credits and a large amount of those are his own releases in LP or single format.  I came upon a small stash in one of the final crates and I just kept on flipping because there is almost nothing left anymore that I want or need.  But my eye caught something....the catalog number on the cover looked odd.

Eng's first two records are the only ones available in both stereo and mono.  The stereo version catalog numbers begin with 'PAS' and the mono versions 'PA'.  Now besides that there are 'XPAS' versions which are also stereo and I am unable to figure out exactly what makes those different.  Well I came across a copy of 'The Last Waltz' and as I have both stereo/mono versions I just kept flipping, then I did a double take.  I went back and saw that the catalog number on the cover (an XPAS in this case) had a black background.  Very odd.  I had never seen anything like that before and I examined the rest of it for evidence to explain this oddity.  I instinctively ran my fingers over it thinking it was painted/drawn on with a pen or marker or was some kind of sticker, it was not.  I could find none but no matter - I was going to buy it for certain.  When I got back I discovered this was indeed the Canadian pressing! I guess I was close enough to the border.  I also had been seeing a number of polka records laced throughout the crates...whenever this happens I think 'I hope I can find some Eddie B. in here'.  So far from home it seemed like a long shot but there it was! I paid 50 cents but you can buy NOS direct from the label for only $2. 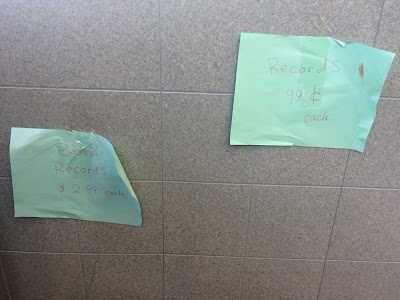 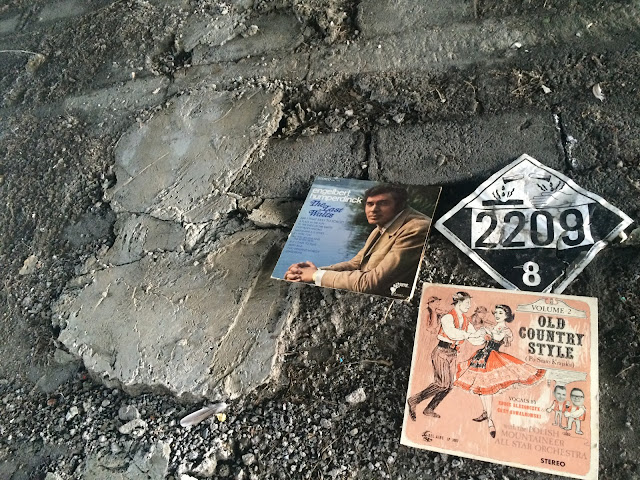