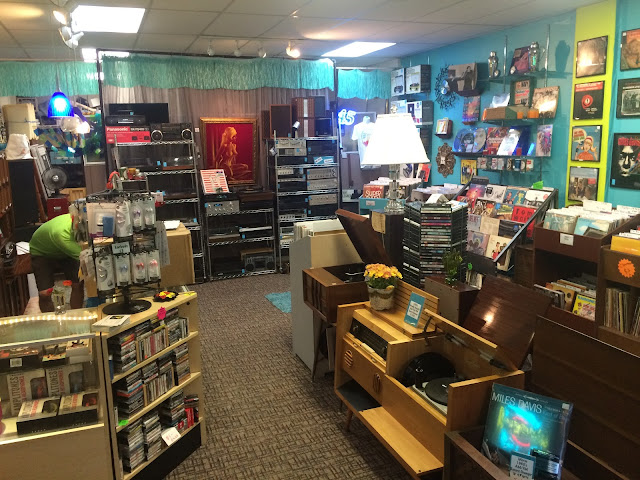 If anyone read this blog, maybe they would meet me face to face and discuss it with me.  And they would probably criticize me for running a blog with 'chicagovinyl' as the subdomain when half of the posts are in other cities or even states.  And I'd tell them to get lost.  But luckily I won't have to be rude to anyone anytime soon as they only exist in my warped mind!

Audio Archaeology is one of those few remaining Chicago spots that I never get to as there is no good means of transportation besides a very long bus ride.  But I like to go see some live music once a year or so and as the show was up in Rogers Park (Red Line Tap) I knew that this was my chance.  They close at 7 so I left work a little early to run home, take a shower and change and head out again.  I took the Pace 331 to the Cumberland Blue line, which I then rode all the way to the Loop.  After that I took the Red Line north to the Loyola stop.

I got up there with some time to spare and started walking south.  I was starved and walked past about 20 restaurants but records come before eating every time.  I already knew that AA was largely a stereo equipment store before a record store but I didn't care - I've gone further out of my way to dig through much, much less.

The small room wasn't so cluttered with stuff that you felt claustrophobic and some attention had been paid to how things were arranged with a clear path to the vinyl racks and bins.  The clerk (presumably John, the owner) greeted me without asking the worst of questions "what are you looking for?".  He got on with whatever he was doing while I did the same, in peace.  I promptly crawled around checking out the cheap stuff (record stores love to demean you in this way....I don't blame them.  At least I didn't have to crawl for a half an hour like I did once at Logan Hardware.  Worse yet that was on a tile floor in winter - nice and wet.) 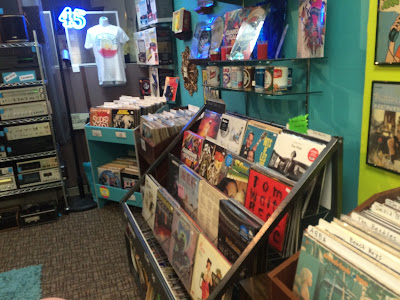 At just about the last inch of the last vertical rack, I found a 12" single I have probably turned down 20 times.  (I just hunted through my old blog for 10 minutes trying to figure out where I saw it last.  Though that one was the picture sleeve.) Not this time! Long ago I knew a guy who owned a bar and he bought some monster PA speakers on craigslist.  After we got everything put in place and installed we threw that song on just as a random speaker check track.  Well turns out its perfect for that...the verse has such a crisp mix, the interplay between the vocals and rhythm guitar are awesome, and the palm muted riffs in the background are just addictive. I did not get the picture sleeve but I did get the company generic sleeve which makes me happy.

I was in a bit of a hurry to make another stop also before 7 so I kicked it into high gear as I inspected the 7"s.  I quickly found a picture sleeve for a song I already have the LP on - which matters not to me!

Wish I had more time to inspect the rest of the goods and if I ever need a tuner or a new turntable, I know where I'll be checking in! 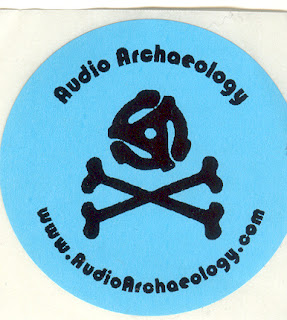 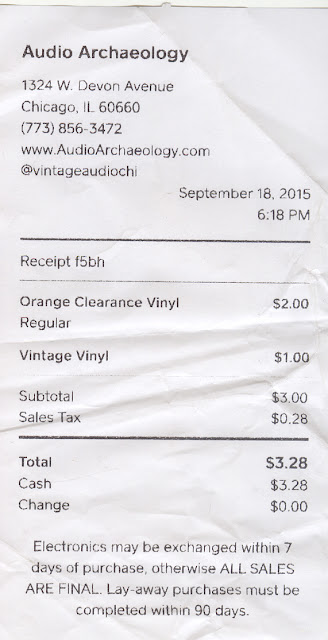 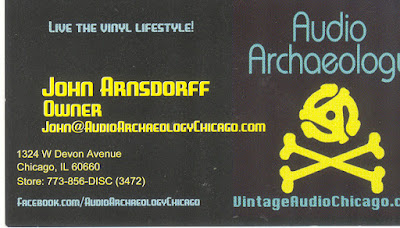